If we get to the final and play France, that will be the test. They are as big and powerful as our lads .

Perryman said:
If we get to the final and play France, that will be the test. They are as big and powerful as our lads .
Click to expand...

Would be a great game. England and France both churning out how quality talent. We’ve got CBs and CMs being churned out… you’ve got AMs and wingers being churned out… good era for both countries and suggests the next 15 years we could play some big games against each other. I would love a final.

And of course .. ALFIE DEVINE

Too many RBs and AMs - you’ll never fit them all in but amazing talent. You can afford to have idiots like greenwood and even Sancho waste their time at Man Utd and still have an abundance of riches.

The Warwick Castle has a fine selection of beers but The Dublin Castle does a mean Guinness.

No. 149 said:
The Warwick Castle has a fine selection of beers but The Dublin Castle does a mean Guinness.
Click to expand...

Young Alf did good today.
Obvs will get a hol after this tourney but hope he is involved in pre-season??

17 year old Alfie is the second youngest in that squad, who are mostly 19 years! 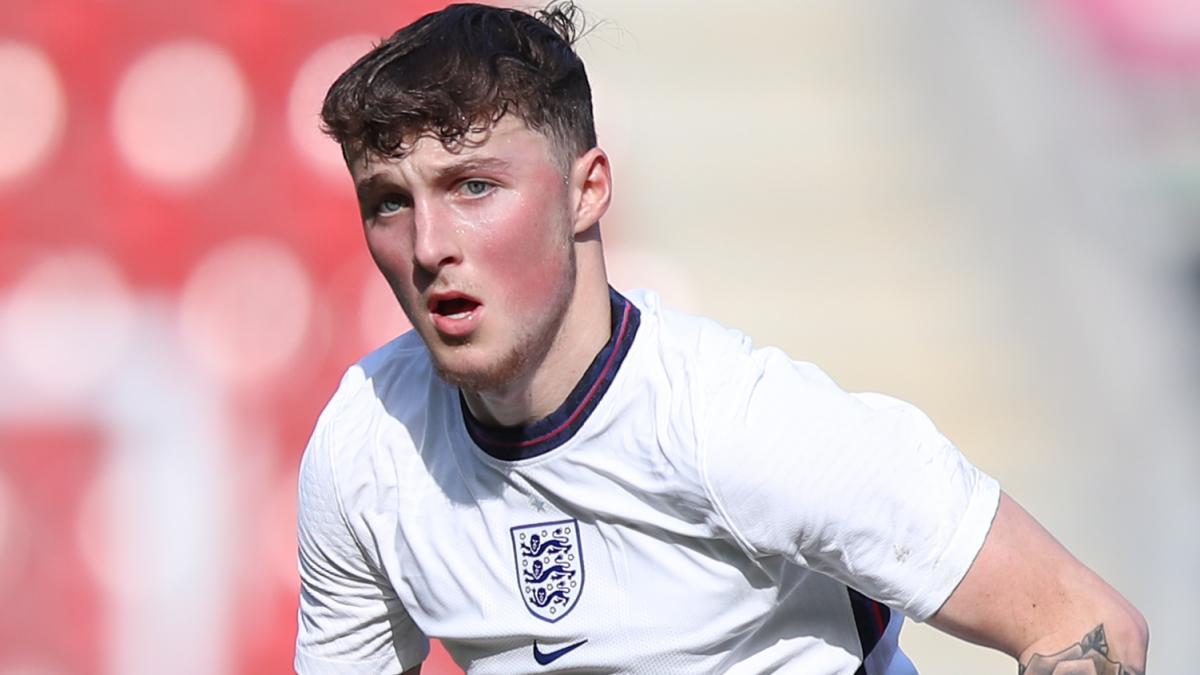 There was a time back in the dark days of club-versus-country when a plane carrying an England age-group squad was stopped on the runway because one player’s club insisted he should not travel. The relationship is so vastly improved that clubs excitedly posted match reports about their players reaching the final of the European Under-19 Championship with England.

“Alfie and Dane are Under-19 Euro finalists,” read the headline on the Tottenham Hotspur website about Alfie Devine and Dane Scarlett beating Italy 2-1 in Senec on Tuesday, with accompanying congratulations on social media. “I’ve had a lot of messages saying, ‘Well done and good luck for the next game,’ from everyone at the club, staff, players, the lot of them,” Devine says.

There will also be plenty of pride, and probably some frustration, at Wigan Athletic, where Devine spent four years after being released by Liverpool at 11. When Wigan ran into financial difficulties, Devine was sold to Tottenham in 2020 for a bargain £300,000. The 17-year-old is already Spurs’ youngest player and scorer.


There will always be some enduring club-versus-country tensions, especially over injuries, but Gareth Southgate has worked hard to improve relations. Club managers can also see the improvement in facilities and player care since St George’s Park opened. Old gripes about young players returning with bad habits and inflated egos after being away with England have largely dissipated.
The All Blacks’ “sweep the sheds” culture encouraged by Southgate pervades all age-group sides now. Clubs know that their under-19s will return from Slovakia having been well coached by Ian Foster and well looked after by his attentive backroom staff — and supremely fit. “This is like the best pre-season you could ever get,” Devine says of their five games in 11 days.

Anyone who saw Foster’s players reuniting with their families outside the National Training Centre in Senec would understand how much England means to the players and their relatives. “Clubs value England as a big part,” Devine adds. “Getting selected for your national team is a very proud moment and the club know that. Every time we get selected they do everything they can to make sure you’re fit to go. I’m privileged to be here and going to a final now. To win on Friday would mean everything — I mean everything.”

Withdrawals are rare and Foster was able to call up everyone he wanted (Jude Bellingham, still eligible for the under-19s, is now embedded in Southgate’s group). The buzz around the England set-up is huge and increased by all squads being based and often mixing at St George’s Park. Foster’s players were used in a practice game against some of Southgate’s seniors recently.

Devine didn’t pause when asked which players inspired him. “Last year’s seniors group, with their togetherness in the camp,” he said of Southgate’s Euro 2020 squad. “We saw a video of them. Everyone aspires to go and play for the seniors. I don’t know why anyone in this group couldn’t do that.”

These under-19s are at a sensitive stage of their career. Should they go out on loan or stay and play occasional cup cameos? Is Premier League 2 football — the under-23 division — going to stretch them? They are making names for themselves here at a time when the transfer window is open and club pathways can narrow. Carney Chukwuemeka is clearly part of Steven Gerrard’s immediate plans at Aston Villa, but most of Foster’s squad could do with loan spells. Some have already had them, such as the Manchester City defender Callum Doyle’s successful stint at Sunderland.

For Devine, it’s also helped that he returns to Antonio Conte having had even more experience of the Italian’s preferred tactics. “The [England] system, the 3-4-3, is one we work at Tottenham as well,” he says. “I like playing in the system.” He can play more as a midfield player at Spurs but his dribbling ability also works well as a wide forward with England.

Devine’s movement has been one of the strengths of England’s campaign. “He recognises when to stretch the game and when to come and link the play,” Foster says. “He’s got so much energy and talent. He’s a really gifted footballer but he’s a really intelligent guy as well.” He’s also playing a year up. “He’s a young one in the group as this is a 2003 age group and he’s [born in] 2004.”

Devine put in a powerful 90-minute shift of running at Italian defenders, tireless in the 32C heat, and also whipped in the corner from which Bristol City’s Alex Scott equalised. Asked whether he was a schoolboy runner, Devine replies, “Not really. I’ve been football from day one. I haven’t really thought about anything else.”

He does have sport in the family. “Yes, my dad will like you saying that!” Sean Devine played rugby league for St Helens and Oldham. “My dad helped me a lot growing up, [with] the competitive side,” he says. “Rugby and football are obviously different but in terms of a pathway and growing up [there’s similarities]. He was at a club young.”

Devine now prepares for Friday’s final against Israel in Trnava. “Everyone’s together,” he says. “It’s like a family. We have a social room [in the hotel] and every single player is in there mixing with everyone, chatting, playing head tennis, darts. You won’t go in and see a player by himself. Every player is a leader here and as a team we have the belief we can go and win it.” The clubs will be watching and wishing them well.

I'll be watching the final as the local media is so excited they're airing it live on a Shabbat. Devine will be pushed hard by Abed from PSV a very strong central midfielder, and Dane will probably have to deal with the tough CB pairing. I've seen two England matches so far and Devine was mustard. Got something Scholes-esque about him

England are of course favorites but Israel beat the tournament favorites France so who knows.