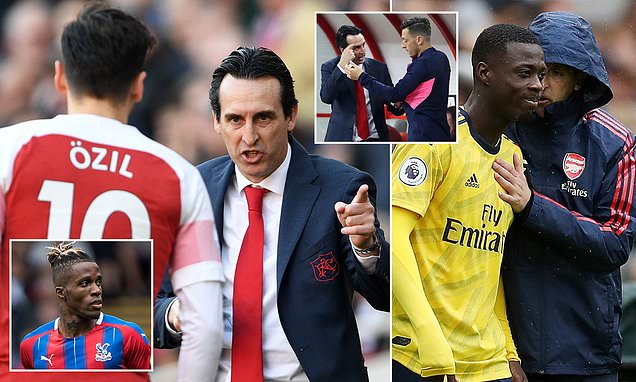 Emery: 'Ozil has to look at himself. His attitude wasn't good enough'

INTERVIEW - PETE JENSON: Unai Emery doesn't care much for the story of how his 18 months at Woolwich went down - and he doesn't care for it. Here, he speaks out on the bits that have been left out.

'We got back the spirit in season 1 and there were good performances. We played the Europa League final. The previous year Woolwich had been knocked out in the semi-finals.'

Tailing-off in the final month convinced him there was a shortfall of character, leadership and experience.
When people began to criticise, Emery says: 'No one inside the club knew how to protect me.'

'When I arrived at the club I saw Ramsey was going to be very important. He's a leader on the pitch and in the dressing room and he wanted to stay.'

'We had allowed [Petr] Cech to go and Laurent Koscielny and Nacho Monreal were allowed to leave. So if Ramsey goes too then all four captains have gone.

'That's four very important players missing and the next season we go for young players. I had a point of view and the club had another.

'Pepe didn't give me the performances. I was in favour of someone coming who knew the English league. I spoke to Zaha and he wanted to come.

'But the club decided that Pepe was younger, he was one for the future. '

Granit Xhaka, was picked as captain in a dressing-room ballot and it helped Emery's critics paint him as chaotic.

'If he'd had Koscielny and Nacho [Monreal] alongside him or if he'd had Ramsey, he would have been eased into it.'

Would he have argued against Ozil's 3 year renewal had he been at the club at the time?

‘I tried my utmost to help Ozil. I was always positive with him in terms of wanting him to be involved, but then the attitude that he adopted, and the commitment levels, well, they weren't enough.

'One of the captains could possibly have been Ozil but the dressing room didn't want him to be captain. His level of commitment was not that of someone who deserved to be captain, and that's not what I decided, that's what the players decided.'

The problems are best illustrated by events after the 4-1 defeat by Chelsea in the Europa League final last May. Emery had decided to come out fighting and use the disappointment as a springboard into the following season.

'In that game the commitment was there,' he says. And it's the match that gets him talking about the 'one day yes, one day no' attitude that has to become 'every day yes yes yes' if the team is to thrive.

He explains: 'We got back to London at eight in the morning and I went home, slept three hours, and then went back to Colney.

'I had meetings with all the players that day. Individual half-hour chats with each one. Only Ozil didn't want to come.' He says he ended up speaking to Ozil on the first day back of the following pre-season.

Why did Ozil not want to attend that first day back in London? 'I don't know,' says Emery. 'He didn't come. And that's what we're saying when we talk about commitment. When the commitment is 100 per cent then everyone comes.
Comment

He looks like a really fucked up version of Cat from Red Dwarf. 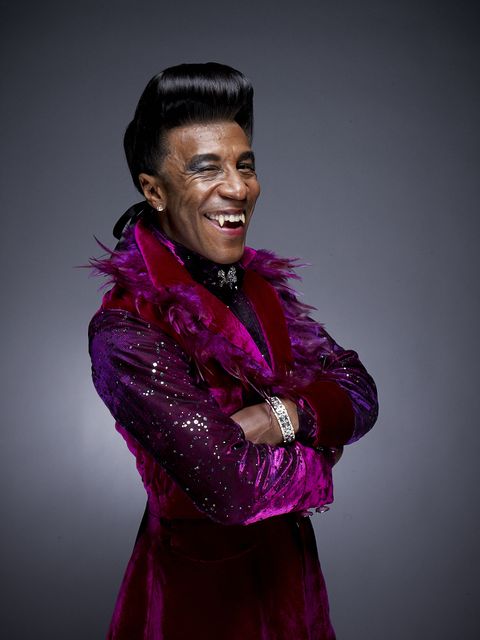 Thin Lilywhite Duke said:
He looks like a really fucked up version of Cat from Red Dwarf.