someone is making some good money out of those deals.
Comment 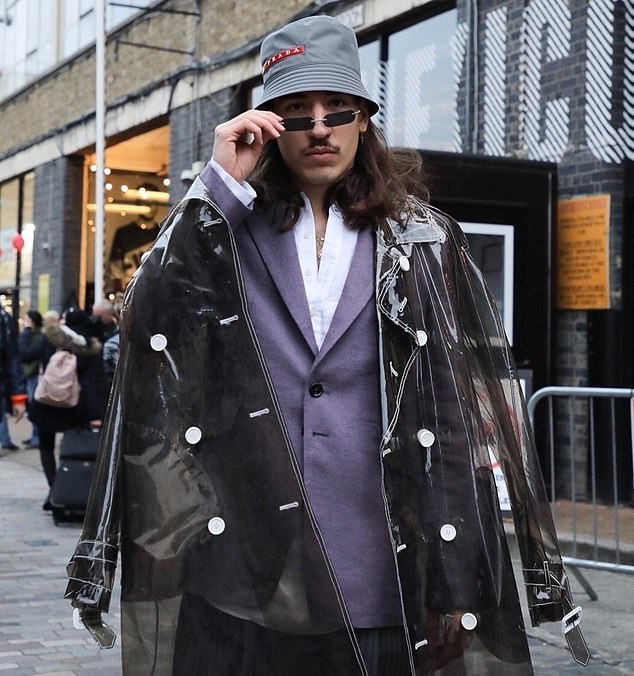 I’m only Just now finding out that a couple of their old ground sites in their real home area is Partly on Thameside and Belmarsh prisons.

surely a sign that one way or another, Woolwich fans have a sentence to serve for their crimes
Comment

NSFB said:
Morphing into West Ham before our eyes.
Click to expand...

We can only hope!

The are the luckiest club on the planet though, we should enjoy their troubles while they last because sooner or later they'll get a slice of luck and it will improve.
Comment

Extended Luiz' contract, signed Mari and Soares - both injured - and now Gap Year has decided to stay until the end of the season.

Keeper injured. Several players on last year of contract. Plus, they've got an 18-year-old defender from a French team almost relegated to come in to solidify the defence next year. Ah, this club is too much.

https://www.independent.co.uk/sport...lehi-mislintat-joorabchian-luiz-a9580756.html
‘An absolute mess’: Inside Woolwich, a ‘dysfunctional’ club desperate for a reset

It was well before these farcical last two games that Mikel Arteta was feeling “let down” by senior Woolwich players. Problems that had been growing from before the coronavirus crisis became worse during the break. Arteta had been especially angry at some players saying they couldn’t join conference calls on safety protocols.

That helped make up his mind that he was going to have a clear-out. That, however, is where the problems only begin.

There are very few takers for the players who occupy the majority of the wage bill. Who, for example, who is going to go anywhere near matching a 31-year-old Mesut Ozil’s pay, or a 29-year-old Alexandre Lacazette’s? There’s little resale value in any of them.

That means that Woolwich can’t bring money in at a time when their finances are notoriously tight, which will pretty much ensure Arteta is stuck with the same squad. Hence David Luiz has been re-signed.

Arteta is becoming a victim of years of poor planning. Those who know the Basque say “he’s beginning to realise just how big this job is”.

Other figures within the Woolwich structure have been talking about something else related to finances throughout the break. They believe squads have to be looked at in new ways, and that they may have to follow “the Borussia Dortmund model” of younger playing pool. “If they can do it, why can’t we,” was one comment.

Well, there are actually a few reasons.

Woolwich had literally the perfect person to implement a Dortmund recruitment model in Sven Mislintat, since he did exactly that … at Dortmund. He quickly left in frustration, for reasons that represent so many of the current problems.

Mislintat has told people Woolwich are an “absolute mess”, “dysfunctional and with no clear plan”. While some of this should be caveated with the fact the German himself is emotional and can be difficult to work with, his complaints ring true. Mislintat felt the scouting structure was way too bloated, and that not enough of the many individuals involved were working towards any unifying idea. He tried to considerably trim it down, only to be blocked by head of football Raul Sanllehi.

Mislintat felt the Catalan was just trying to keep everyone happy, at a time when the club needed uncomfortable questions. The German was also dumbfounded by what he saw as the pointless signing of Denis Suarez. That was apparently the “final straw”.
Mislintat was even more perplexed, however, when he later saw Woolwich suddenly getting rid of a lot of scouts he had tried to discard.

This is why figures like Gilles Grimandi, who also worked in recruitment for the club, criticise them now for “a lot of incoherence in the choices”.

Others point to an incoherence in the thinking, and the structure. One of the most common complaints about Sanllehi’s approach is that he’s moved from a more modern analytics-based philosophy to old-fashioned networks. This is partly how we have the situation where Kia Joorabchian – agent of David Luiz, but also agent of technical director Edu – can go on radio and talk about how “there are several issues within the whole structure that will be resolved” this week.

As regards those issues, some believe they go deeper than the policy, and may go to the very type of personnel appointed and the vision for the club.

Woolwich’s entire structure is under scrutiny Sanllehi, for example, has a CV that is the envy of the game. He was a negotiator at Barcelona, and dealt with some of the greatest players in the world, developing some of the best contacts in the world. The problem is that they’re not necessarily suited to where Woolwich are. When you’re at Barcelona, the best in the world come to you. You have a guarantee of quality. That’s not Woolwich’s market.

It’s similar for Edu, who’s been brought in under Sanllehi. He was general co-ordinator for the Brazilian national team, which involves some level of assessment for the best players selectable for Tite. Again, because of the very nature of their squad, that’s a very different skill to finding burgeoning players for Woolwich.
“The recruitment is being done by people who’ve never been specialists in recruitment,” one source says, before referencing Huss Fahmy, who was brought in from Team Sky. “Their contracts are being done by a guy who worked in cycling.
“So at a time when they need to be careful with money, they’ve put the investment of transfer funds into the hands of people who haven’t done it before.”

Francis Cagigao – who is credited with bringing in Gabriel Martinelli – is seen as the only member of senior staff who has previously done the job they really require. “Woolwich could do a lot worse than allow Cagigao to steer the ship,” the same source says.
It’s just that’s probably unlikely because of the view of what the club should be, and who they should appoint.
Woolwich don’t fully know what they want to be, other than a “big club”, which is what they already see themselves as.

“They have a ‘big-time’ set-up in terms of their key figures, and how they operate, but it’s completely toothless because they don’t have ‘big-time’ money.
“You see Raul in a director’s box at the Clasico, and it looks great, but all he’s going to sign is the rejects of either of those two teams.”
Arteta has a huge job on his hands (Getty)
This is why the representative of one coach told his client not “to touch Woolwich with a barge pole right now”. This is why Arteta – a progressive and intelligent manager, who is probably one of the few genuine good decisions this hierarchy have made – has such a massive job.

He does have some promising players like Eddie Nketiah and Bukayo Saka, but nothing like any kind of spine, or a burgeoning group. This is what they need to build. This is what they can’t do with the current squad as it is, and the big names the hierarchy is seemingly obsessed with still around. It’s instead so unbalanced, with well-paid fading stars on one side, and unproven kids on the other.
This is what Arteta is going to try and impose a tactical structure on. It means there will always be gaps. It means he currently has this undisciplined team who so badly succumbed to Brighton on Saturday, and who one source said “only use aggression for vanity”.
One connected figure feels Everton would have been a much better option for Arteta’s career, even if it meant waiting two seasons.

Woolwich are really a club in need of a “cultural reset”, as the football jargon goes, and stepping back to take the hard decisions that will really benefit them in a few years.
The fear is that they have too bloated an image of themselves, and that there’s too much financial pressure. The hierarchy are desperate to get back into the Champions League, and will try all manner of quick fixes to get them there.
The likelihood is, however, those quick fixes will only make the wait so much longer.

I am warming to him. Smells the danger, wonderful engine.
Comment

emperor said:
Plus, they've got an 18-year-old defender from a French team almost relegated to come in to solidify the defence next year.
Click to expand...

All joking aside, I am sorry we missed out on Saliba. Amazing potential. Gifted athlete, fabulous on the ball.
Comment

It would be absolutely hilarious is Saka doesn't re-up his contract and leaves on a free.
Comment

NSFB said:
Morphing into West Ham before our eyes.
Click to expand...