That was beautiful to watch.

A number of our top 6 rivals have employed managers based on nostalgia rather than actually being qualified. This is a very good thing and long may it continue.

Best thing about how random results have been during this armchair season (also down to pens being awarded on the random flight of the ball rather than as a punishment for cheating) is that the odd result keeps them in a job and the first half decent run even gets them a new contract.

So long may the "is Pepsi okay" Guardiola reign at their fake news of a club.

jgn88 said:
See that cunt DT was tweeting / mocking us being top of the table for less than 30mins...then turns off his replies after the loss.

Or, as the saying goes "chat shit, get banged."

Someone needs to make an edit of that, with just the fucks/shits left in.

In fairness to him here -

Can we get it trending on Twatter? There's nothing more I want for them than to #TrustTheProcess

Guido said:
The thing is that's what Klopp, Pep, Poch & Belisa do. Their teams look like they are playing with carefree abandon, full of expressive attacking free-flowing football when the reality is they are highly choreographed moves, honed over many, many hours at the training ground.

The issue is and has always been having the ability as a coach to get your players to do it. Every art teacher around the World has a degree in Art, does this make them a brilliant teacher? Are their pupils turned into Picasso's and Tracy Emin's?

Just because someone spent 2yrs as Pep's number 2 doesn't mean he will be a new Pep. It just means he worked for Pep. Arteta is still in no uncertain terms a rookie manager, an individual who no doubt was exposed to some truly unique methods but unless he is capable of taking those methods and making them your own, he's still Aretta the rookie manager.

He's a complete unknown, ONLY those in the game that know him personally will have any idea of how good he is or can be but the media & Woolwich PR wank over him all because he worked for Pep for 2yrs is totally unfounded

Last season he absolutely steadied Woolwich, they played much better football (not great, just better) and resembled a team in progress but working with a form approaching an identity. This season under a longer spell of his tutelage I'd guess that he's drilled them to within an inch of their lives, with them trying to control every aspect of every phase of play, from playing out from the back to progressing the ball into midfield then into attack. I guess they look fantastic in training but when you play against the oppo, those structures aren't being replicated in the match so they are left not knowing what to do??? That and in training I'd guess their attack plays against their defence which might give them the impression that they are good in attack??

Will he be any good? It's still a complete unknown. But let us hope for more abject performances like that, because just as Emery found the pampered prima donnas are forever present at this club, they seep from within their DNA, they even reward them with their biggest contracts. Let the fat lady sing.
Click to expand...

Definitely a way of coaching for young hungry players too.

HeroesAndVillains said:
Can we get it trending on Twatter? There's nothing more I want for them than to #TrustTheProcess
Click to expand...

It would make an extremely good 'taking the piss' message wouldn't it ? I don't do Twitter but it's a great idea

We should use the term every time they fuck up from now on.

A Tuba said:
Definitely a way of coaching for young hungry players too.
Click to expand...

I think young players may be better pressers, although may lack the stamina to sustain it. But His City team has by and large had players at what's known to be peak years (26-28) and Bayern he had quite a mature team, could say the same about Klopp's Liverpool as well. I'm guessing here but I think Bielsa is known for having a preference to a younger squad, so that's the flip side of the coin perhaps.

Could also point to individual quality of players, whilst no one can deny individual brilliance of Messi, De Bruyne, Aguero etc at the end of the day it's still about the coach having the ability to get a team to play well. Have the plan/idea in the first instance, then gain the buy-in from the players to do it, then actually train them to do it. A lot of this is how they learn, drills are boring as fuck, so there has to be genuine creativity to breakdown the process so that it's engaging, baring in mind it's not teaching just one player, it's multiple players all individuals responsive to perhaps having to have different buttons to push.

Tottenham Sean said:
That was beautiful to watch.
Click to expand...

Did you keep getting pestered with shitty ads at the most lush moments? It was the only downside on my viewing. No I don’t want to know about Starling Bank or crypto trading. I want to watch that pair of fat cunts melt in front of my eyes. 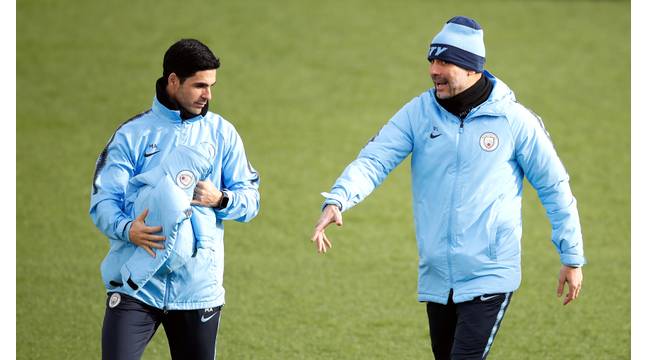 "Mikkel, I told you to put the cone THERE!!"

Who the fuck is that cunt? Wannabe gangster!!??

state of their fans

The aftv crew along with this swashbuckler could make a pretty swell group of ragtag pirates!

Tottenham Sean said:
That was beautiful to watch.
Click to expand...

Robbie always looks and sounds like the guy in the pub who’s tried to mutter something under his breath but the local nutter has heard him. Can just imagine him saying “no offence intended mate. We’ve all had a drink. Let’s calm it down. I’m not here to start a fight.”

HeroesAndVillains said earlier I really think we should haunt them with that stupid phrase. Every time they fuck up we should hammer them on social media by showing it and then typing "Trust The Process".

The gunnersaurus saga has been the most exciting part of their entire season.