Fuck sake. Every time I switch one of their games on if I've not been watching from the start they score a goal.

OK, don't have to watch that fucking shower any more...

At least Chesney clocked one in his stupid face

Had the Final Score commentary running in the background. That cunt Keown keeps calling the players "Theo" and "Jack". So fucking annoying.

Why isn't he calling them "cunt" and "mega cunt"?

These Have to be one of the worst sides I've ever seen play. Almost every pass they try to make goes astray and when they do complete one its often the wrong option.

Guess that's he goners into the 'champions' league again for another year.

SawboSpur1882 said:
Had the Final Score commentary running in the background. That cunt Keown keeps calling the players "Theo" and "Jack". So fucking annoying.

Why isn't he calling them "cunt" and "mega cunt"?
Click to expand...

Hah ... megacunt for Wilshit ... love it!
Now I added another cunt to my dictionary ... (first being thundercunt for Podolski)

Eases a bit of pressure and hopefully papers over the cracks for them to not bother signing anyone.

Indifference said:
Seeing on twitter that Koscielny got kicked right in his muggy fucking face and there was blood?
.gif?
Click to expand...

Positives:
- Papers over cracks and temporarily makes fans forget about the weekend
- Fenerbache will probably lose their appeal and get thrown out anyway, so even if they won the Goons would get in and we'd have to face that shit from their spastic fans

Separately, they want Guaita from Valencia. Lot of people fooled into thinking he's "second choice" but in reality Valencia rotate their goalkeepers and he's on a par with Diego Alves, he's a top 'keeper who's apparently been tracked by Barcelona for quite a while. HOWEVER, the chairman has said he won't be sold for less than €30m, and that's the new chairman that played hardball over Soldado with us, so don't think they'll get him on the cheap (even though there's a shitstorm because he wants to be first-choice and was benched on the season opener at the weekend). That 30m is a lot of money for a 'keeper and would be more worrying to us if it was spent somewhere they need it so i'm all for them spunking that amount (Soldado, William, and Lamela are all in the same price bracket and I know which ones i'd rather have..)

Other targets: Sakho, okay he's good but we're also linked so let's hope we win that battle. Suarez looks off, apparently they want Benzema (no chance) and their only other targets are in CM which is arguably their strongest position anyway.. Although Pogba said no and Cabaye is strongly linked with PSG.

Maybe if they set realistic transfer targets they might get somewhere?

Also, apologies for rambling. Haven't had a good vent on the goons for a while now.

A gooner lives up the road from me and from the pavement you can see into his bedroom, where he has a massive Woolwich flag. After there defeat on Saturday he had taken it down, now they've won a game he's put it back up! Muggy fucking fans!


To be fair he could of been decorating! 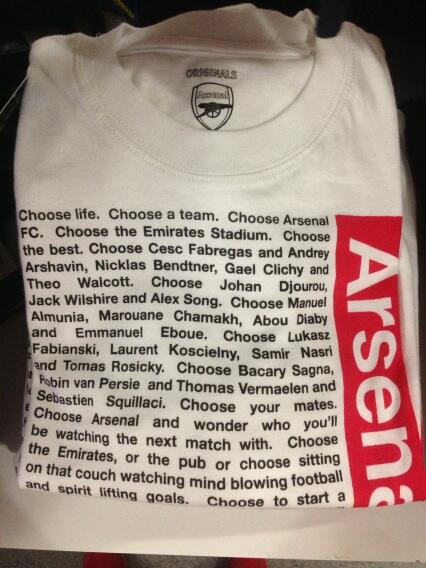 jimmyriggle said:
Fuck sake. Every time I switch one of their games on if I've not been watching from the start they score a goal.
Click to expand...

Right, can you document these occasions, because you MAY HAVE MADE AN INCREDIBLE SCIENTIFIC BREAKTHROUGH wrt pyschic powers and destiny.

There is absolutely no chance Wenger will sign a goalkeeper for £10m+.

It still amazes me they werent in for Lloris. Its a pleased amazement, but still 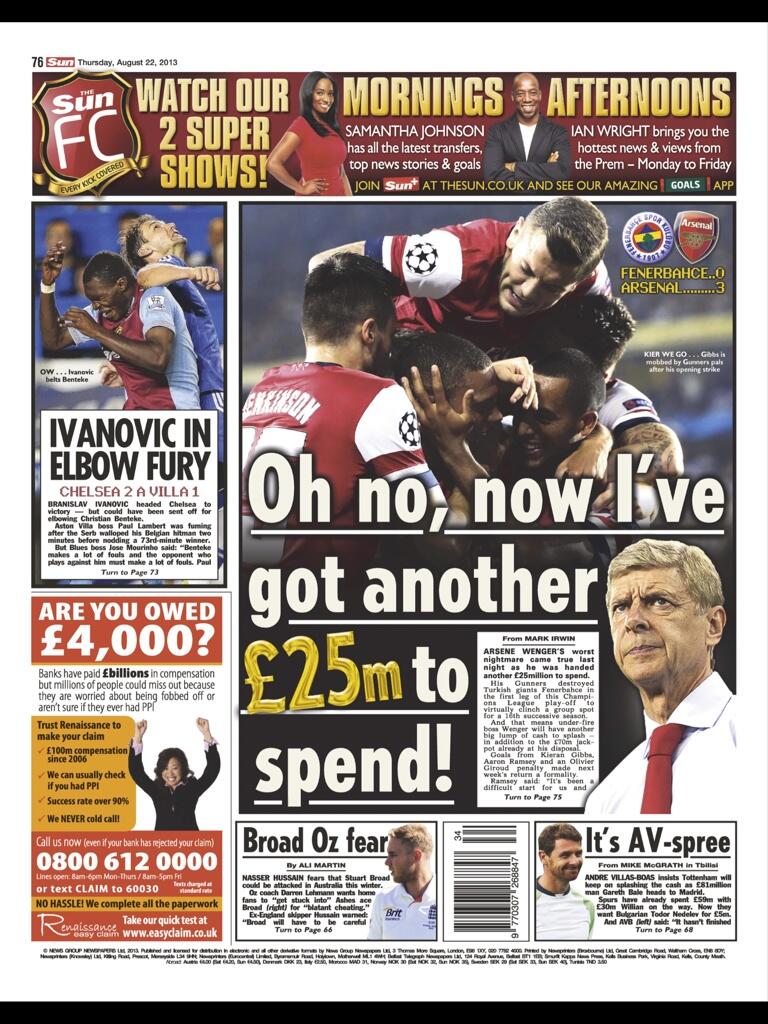 Stag said:
There is absolutely no chance Wenger will sign a goalkeeper for £10m+.

It still amazes me they werent in for Lloris. Its a pleased amazement, but still
Click to expand...

People talk about Harry pretending we were making bids, well Wenger trumps him big time. Its all for show with him, proven by the fact he always comes out and says, "new signings are not always better than what you have" (LOL in their case)

Since Woolwich won a game last night, is Wenger now a genius again?