Come here to laugh at those w**kers - Coventry City FC.

Otium Entertainment had asked to appeal against the decision not to allow a judicial review into the 2014 sale.

City's Ricoh deal expires at the end of the season and they are yet to satisfy the English Football League where they will play in 2019-20.

Wasps have said they will not negotiate until the legal action ends.

A statement issued by the Supreme Court of the United Kingdom and the Judicial Committee of the Privy Council confirmed: "Permission to appeal in this case has been refused because the case does not raise an arguable point of law of general public importance."
Coventry City: Owners lose Supreme Court appeal over sale of Ricoh Arena to Wasps
Last edited: 9 Sep 2020

A tweet by the Corporation's political reporter for Coventry and Warwickshire, Simon Gilbert, just before 4.50pm yesterday said: "Sources have told us Coventry City's owners Sisu have taken the Ricoh Arena legal battle to the European Commission. More to follow."

It was only three weeks ago that there appeared to be light at the end of the tunnel for Coventry City fans after the club revealed it had started talks with Wasps over staying at the Ricoh Arena.

A statement released by the football club on Wednesday, April 24 states that Coventry City has also signed a Heads of Terms agreement over a "groundshare at an alternative venue".

The Supreme Court earlier refused Coventry City permission to appeal the decision of the Court of Appeal not to allow a judicial review into the sale of the Ricoh Arena operating company ACL to Wasps.

The legal action brought by Otium Entertainment and Sky Blue Sports & Leisure, the Sisu-controlled companies that make up Coventry City, argued that ACL was undervalued when Coventry City Council sold its stake to Wasps.

Wasps paid a total of around £20million, with more than £5m split between joint-shareholders the Alan Edward Higgs Trust and the council and Wasps taking on the £14m loan from the council to ACL.

If successful, the legal action could have seen Wasps forced to cough up an extra £27m for ACL, potentially bankrupting the rugby club.

It is not known if this is the end of the legal action which Wasps have said is a barrier to City extending their deal to stay at the Ricoh.

Coventry City bosses have always said they still want to do a deal to stay on at the Ricoh - but owners Wasps have repeatedly said they will not enter talks over a new deal unless the long-running legal action is dropped.

The Supreme Court announcement came on the same day as Birmingham City were reported to be in talks with the Sky Blues over a groundshare next season.

Sisu recently also revealed they want to build a new stadium for Coventry City on the former site of the Woodlands Academy.

But that could still take a long time to come to fruition.

CoventryLive are again urging fans to speak out using the #SOSB on social media, and tell everyone what the club means to them.

All your Sky Blues news from CoventryLive

You have to feel for those fans. I think they’re likely at the point where a phoenix club may be necessary, though. The owners are running that club into the ground at an alarmingly rapid rate.

Juicy Sushi said:
You have to feel for those fans.
I think they’re likely at the point where a phoenix club may be necessary, though. The owners are running that club into the ground at an alarmingly rapid rate.
Click to expand...

The Sky Blues will be playing at Birmingham City's St Andrew's stadium next season. 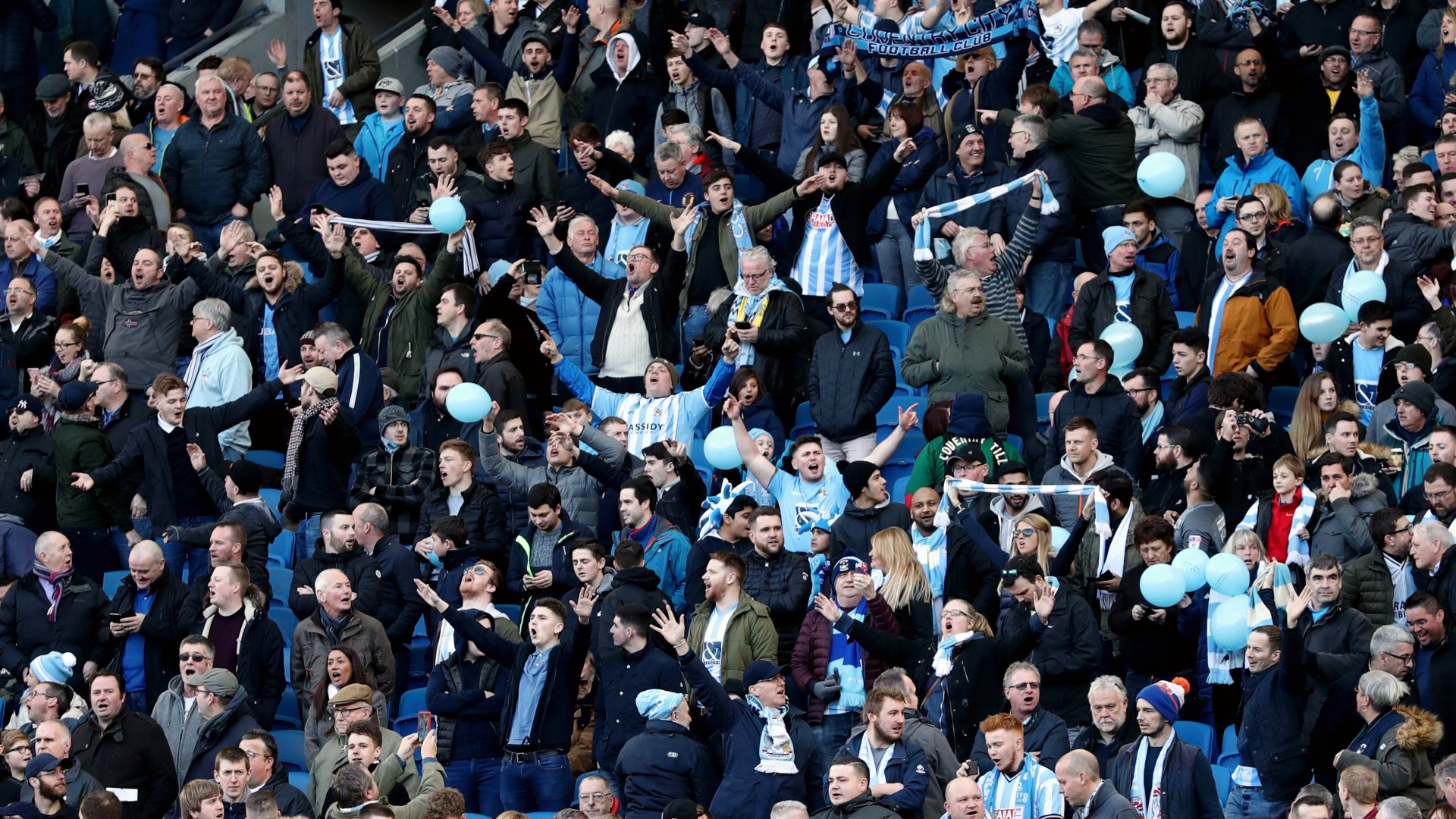 A former Coventry City employee has made a huge donation to a fund-raising page to help families afford season tickets. The Sky Blues will be playing their home games at Birmingham City’s hom…

Awful for Coventry. I do have sympathy for them. Even after the cup final against them. Same goes for the troubles Bolton and Bury are having.

CWSpur said:
Awful for Coventry. I do have sympathy for them. Even after the cup final against them.
Click to expand...

Erm, can someone explain to me why we hate Coventry?

I assume it's due to the 1987 FA Cup Final where Mabbutt forgot which goal was his own?

Spurs_1987 said:
Erm, can someone explain to me why we hate Coventry?

I assume it's due to the 1987 FA Cup Final where Mabbutt forgot which goal was his own?
Click to expand...

That's not why I hate them.

Well.... not all because of the actual final.

Supporter
Couldn't give a flying fuck about Coventry.

Eli said:
As mentioned on the retro page and I know we were guilty too but any team having a brown kit deserves all they get and Richard Keys is a complete bell end
Click to expand...