A fighter called Sam Mcness comes on a 7 &0 prospect , during the build up it shows him in the gym With West Ham plastered all over the place , his trainer comes on talking up his fighter in one of those God awful mockney accents , the commentators can't stop saying what a prospect this Mcness is and mention West Ham 100 times, Mcness makes his entrance West Ham draped all over him a proper full kit wanker to a vociferous rendition of I'm forever blowing bubbles , the camera pans across the crowd and I notice a guy with a t shirt with a big West Ham emblem and our colours never run written across it most seem of this ilk, Mcness gets in the ring the camera again pans out Mark Noble mug fills the camera looking smug and proud he winks at the onlooking Mcness , it couldn't be cringier if David Gold promoted it , the challenger who is supposed to be a journeyman enters to loud boos and some light racism.

The fight begins a childish nursery rhyme about bubbles rings out and I even hear "he's one of our own he's one of our own Sam Mcness he's one of our own , the Hammers are in party mode it's a sure thing for their man except the challenger is actually edging the first round and goes on too win it , the second round begins and the Hammers are no less smug except Mcness is struggling with his mobile and elusive challenger and goes on to lose the round , the third begins and the Hammers have lost their voice a bit and look concerned their boy clearly means a lot to them , the first minute is even but the challenger is less elusive planting his feet more clearly fancying his chances in a square go and then it happens the challenger lands a solid right and wobbles Mcness and goes after him catching him several times , Mcness survives the round but is lucky not to get knocked down , the fourth begins and the Hammers cant be heard Mcness is caught early and absolutely battered the ref should stop the fight but doesnt Mcness survives just the fifth begins but the towel is soon thrown in by Mcness corner and anger is sensed in the crowd the challenger jubilantly raises his hands then suddenly heads to his dressing room sharpish.

I'm pissing myself what ever level you see West Ham absolutely embarrassing themselves is a wonderful experience I truly detest them.
Last edited: 8 Jul 2017

Supporter
From KUMB (which I thought was brilliant)


Watching that team today was like watching Jurassic Park without the Velociraptors or Trex, just the Diplodocus chewing on leaves for 90 minutes. 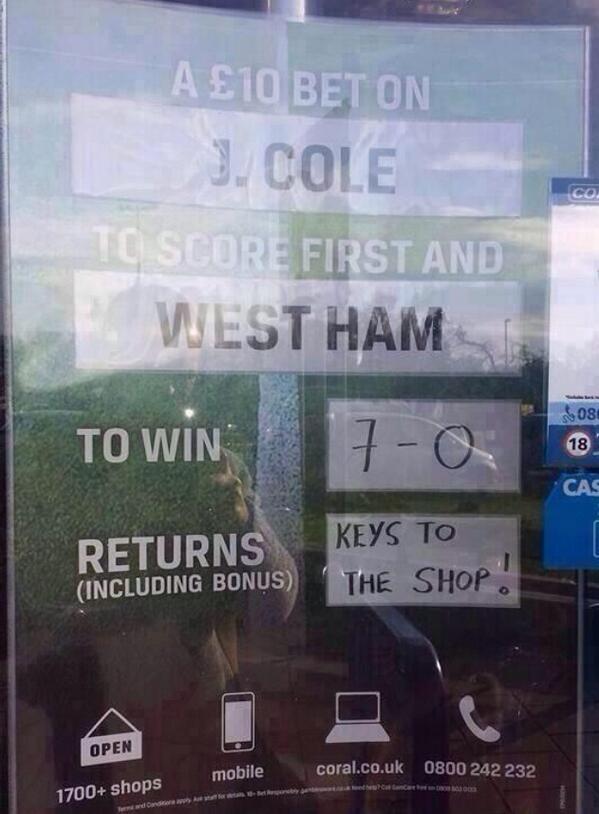 Tomo said:
Have you ever notice that

SouthStand Billy is always absent from this forum when West Ham take a thrashing. The one guy more than anyone who takes pleasure from a West Ham collapse.
Click to expand...

I’m in a pub and it’s full of West Ham. I’m having the time of my fucking life and went mental when each goal went in.
It will be a miracle if I walk out here alive but I couldn’t give a fuck.

My laughing and gloating is going to continue.

I’ve literrally never been this happy

The last West Ham player to score 20 league goals in one season was......

Have a great day. 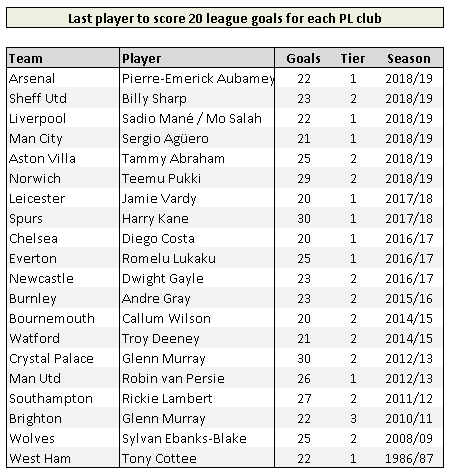 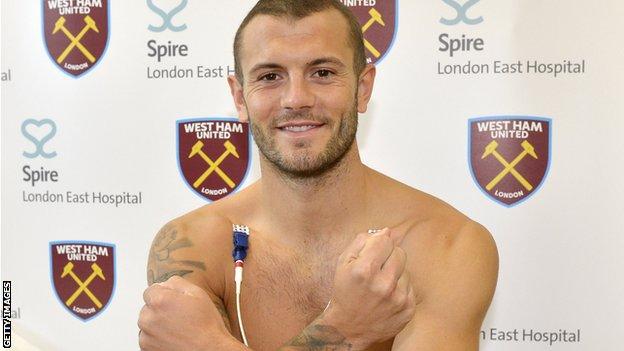 The club have issued a statement stating if these fans are caught they will be banned for life and not allowed to set foot in the London stadium ever again.