First pictures of the raid.....some of the board made a run for it, mental

Nothing left for this thread to offer surely

Bit cack, but here you go. Hard to find one where they are both clearly doing it, as Jacobim Mugatu doesn't ever look enthusiastic with it

cretinousgoat said:
You fucker. I nearly shit myself and laughed so hard the entire office looked at me.
Click to expand...

If it's consolation, I were on the can at the time. Giggling away to myself. Got a funny look or 2when I left the traps.

CJJ said:
Bit cack, but here you go. Hard to find one where they are both clearly doing it, as Jacobim Mugatu doesn't ever look enthusiastic with it

Oh my... I've been locked away in a room all day and heard absolutely nothing of this.. I've got a few pages to read by the look of it..

Just when you think their incompetence has reached it's peak, they produce yet another beauty.

I'll join in the laughing once i've read what's going on. Kumb is going to be fun..

I literally haven't been this happy since they got relegated at Wigan.

After last weekend and Chelsea winning last night, you can always rely on Billy Smarts Circus to put a smile on your face.

So Brady is finally going to star in that 3 BBCs prison film? Good for her (and them)

Found this piece about tax fraud in football under financial fair play laws.

Last year, the Football Leaks consortium claimed to have evidence that clubs around the world have made secret payments to players to get around tax or competition rules.

At the time, Premier League executive chairman Richard Scudamore said his staff would push for “the ultimate sanction — a points deduction” for serious breaches under Financial Fair Play rules, which came into force in 2013.

Sections T.13 and T.20 of the Premier League’s rulebook require full disclosure of all contractual payments to players, including image rights deals.

Another section - W.54 - describes a range of punishments that can be handed down by a disciplinary commission and that includes a points deductions and even expulsion from the league.

“Regarding payments made by clubs to players, Uefa expects them to be disclosed in a truthful and transparent manner since they are a key element of FFP monitoring.

“Uefa club licensing rules also require that clubs should not have outstanding payments to social and tax authorities as a condition of obtaining a Uefa license.”

I wonder what the Scabby Old Boot will be discussing in her column in the Sun this week.

I fucking love this thread. Just when you think it's reached its peak...more shit unfolds.

ArtyB said:
I heard the only reason they haven't arrested Brady is because she's standing in the centre circle and hasn't been spotted yet...
Click to expand... 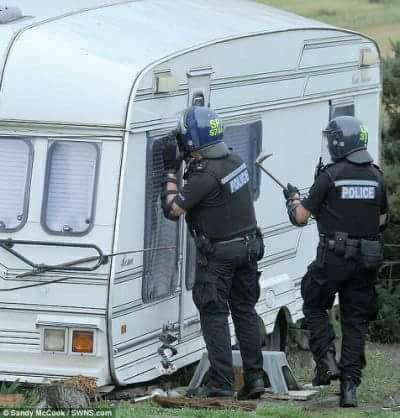 SouthStand Billy said:
I wonder what the Scabby Old Boot will be discussing in her column in the Sun this week.
Click to expand...

probably along the lines of:

SouthStand Billy said:
I wonder what the Scabby Old Boot will be discussing in her column in the Sun this week.
Click to expand...

Wednesday: The HMRC cheese board ain't nowhere near as good as the Woolwich cheese board.