So proud of him, didn't realize he'd just come back from a bad injury! Didn't look out of place at all next to grown men, and his fury at himself at the final whistle for missing a chance or two speaks to a great attitude. Onwards and upwards 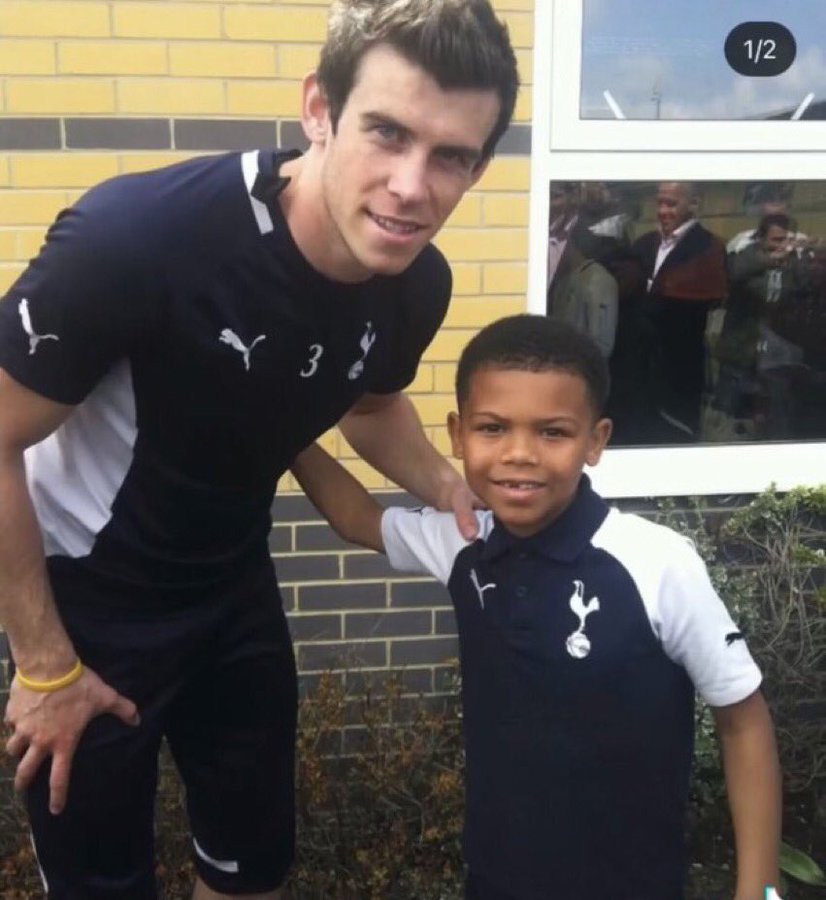 Supporter
Skipp, Scarlett, Devine, Laviner and let’s not forget Sessegnon is still only 20 we do have a few decent young players around for next season.

Scored 4 goals in an u18 match about 10 days ago v Southampton, including 3 headers.

Also the regular E u17 striker and scores goals for them too.

Played in a couple of this years first team pre-season games too.

He's a classic no.9 striker, although not particularly tall he works very hard and can hold the ball up and can link up well with others. Finds space around the box (right time right place so clearly instinctive/trained) and as we saw tonight and in pre-season will have a decent attempt on goal even if he doesn't score - and of course he does score in Spurs youth.

Clearly highly regarded at Spurs, and rightly so. Excellent prospect, hope he gets a chance to train with and learn from Kane in first team training. Definitely one to watch out for his progress

Will not be 17 until next March. Extraordinary. Just needs to keep his head down and keep training and learning.

Good Luck to him.

White on left , Whiteman in the centre and Scarlett on the right

'I know he’s still very young, just 17, and it is probably too early for the next World Cup, but Tottenham Hotspur have a striker in Dane Scarlett, who, if everything goes well, is going to be phenomenal. For England, there is lots of promise.'

But we also know Mourinho's super-sized ego will claim credit for giving the "next big thing" his Spurs debut.

Anyway, I think we should keep Scarlett, not loan him out, and give him some first team minutes in the Europe Nonsense League. He's 17, and we can better control his physical development in-house rather than have some lower league team play him through injuries and risk burn out, or worse.
Click to expand...

Strongly disagree on this one. I think once these kids have proven to be above average, and are physically developed, getting out and playing proper football is best for their development, technically, tactically and mentally. I'd prefer they went abroad to places like Belgium, Netherlands, France etc where the football is (younger) more tactical, technical and less shit kick than League 1 or 2, and they won't be under the same spotlight, but I think it's much more valuable than playing virtually no real football for a year or three and just training, playing u23 and a few minutes of europa 2.

He should never have been put in a position to be our back up striker. He should be playing u21 football. Inept recruitment.

I'm getting in early and coining the phrase before anyone else:

Amazing that maybe 10 years after photo was taken both played in same EL match.

Rooney was able to bully grown men physically by the age of 17-18, hence why he exploded on to the scene. He was considered more talented than CR7 by most, because Ronaldo was a lanky, awkward teenager at that point and took a little longer to explode in the physical premier league.

Progress isn't linear when it comes to youth talents. Some are absolutely unreal as teenagers and don't develop, others drop off the radar entirely then pop back up again. Guys like Rooney are once in a generation unbelievable talents and it's pretty unfair to compare anyone to him.

He's totally out of his depth.

However , for the club to not have a backup ST and put the pressure on him to perform or to basically play Son/Kane every game is really unfair on Scarlett. That sort of thing can really ruin the career of a young player if you do that to them. This has to stop. January must be used to buy a ST. Later on in the competition we have to be stronger.
You must log in or register to reply here.
Share:
Facebook Twitter Reddit WhatsApp Email Share Link
Top Bottom