He's just signed a contract for £65k a week and to come out like that, the way he has done, is an absolute shithouse thing to do and I've seen it all. We've had this happen every year since about 2010.

I hope you do the exact same thing as we're going to do with Van Dijk let the little Prick sit in the stands.

Clubs HAVE to make a stand. It's getting farcical. Rose just signed a 5 year deal.

Disgusting and has to stop.

I hope you guys don't give in on this one.

Coutinho will do the same thing in a few days. You watch.

This is such a sad day for me man. Always backed Rose to the hilt and I hope he keeps well whatever he decides to do.

Fuck me some of the comments around mental illness here are why men often feel afraid to tell anyone.

D'you know what, Depression is a cunt

It does utterly stupid things to us, and totally fucks you up in some very very strange ways. I'm just on the flip side of my semi-regular battles, and the way I continually sabotage myself and convince myself of how noone thinks like me when I am utterly on the slide to the depths, but that my way of thinking is perfect rational, the rage I embody, the isolationism, the physical symptoms

And yet I am also someone who spent 4 years training to be a psychologist, and the son of two mental health professionals, so clearly I should have all the coping mechanisms....

You do the most irrational and random things. Small things. Big things. Thoughts occupy your head from 'I'm worried I'll drop my child over our bannister' every time I pick her up when in a depressive period to 'what would it feel like if I went headlong into that other car at 60mph'

And when you come out the other side, and your moods flatten to normality and you wonder why the fuck you thought that, why were you so angry.... You recognise the triggers, you avoid them

Then you forget what it was like when the black dog last visited you, time passes, and suddenly you notice that dog in the corner of the room again and you realise you have been in a shit mood for 6 months and the slide is already in full swing again

Sorry, a ramble. But while everyone's fight with clinical depression is unique, there are things that are the same, and trust me if Danny was depressed last summer, especially that deep into an injury, he would not have even processed how what he was doing was so self-sabotaging to himself and the regard others had in him.

So ill give him a pass on this, but if only because I do know what he goes through, although my dramas only get played out in front of my clients and family, and not the entire world 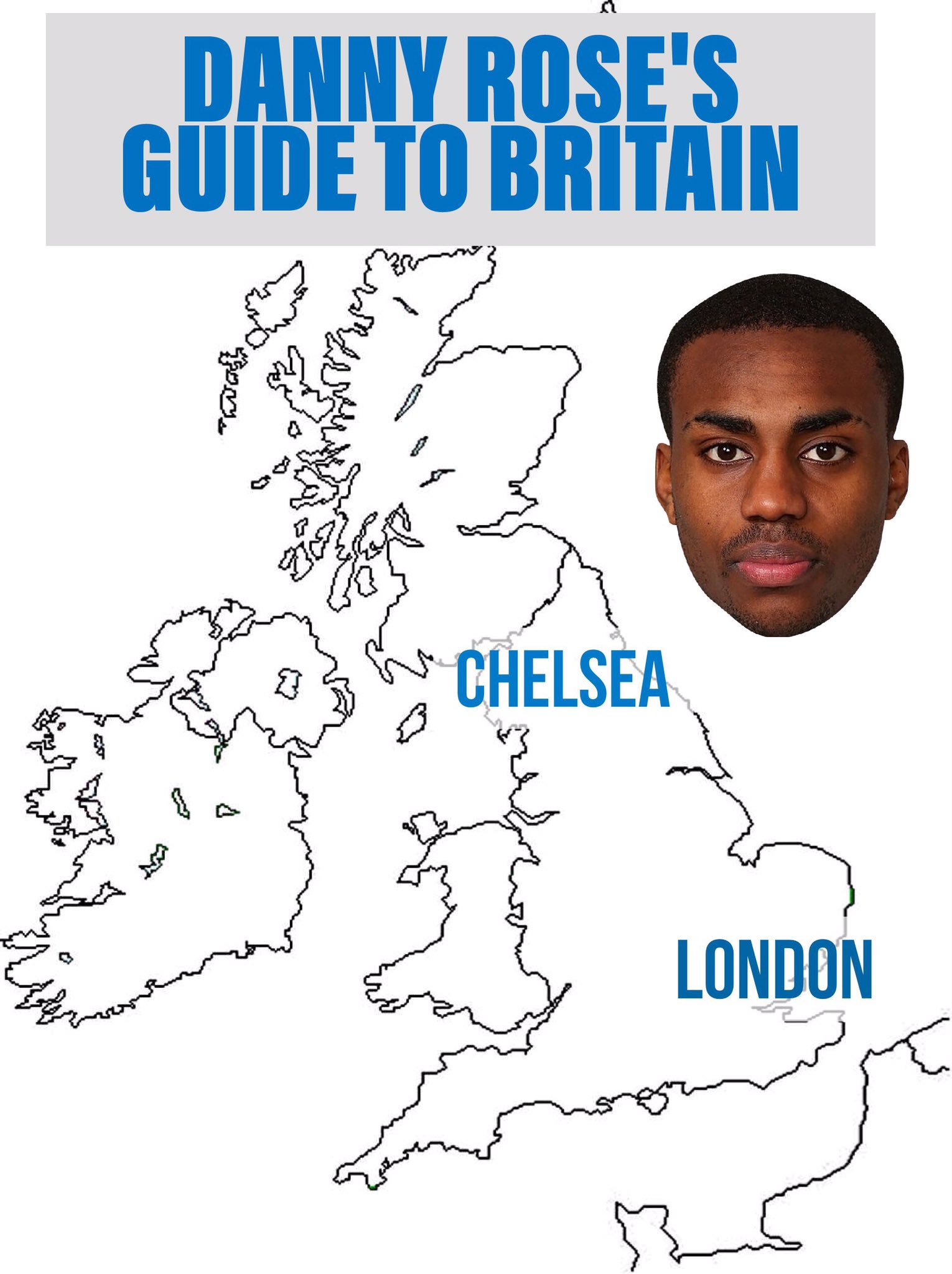 MrS Pippo said:
"The weak can never forgive. Forgiveness is the attribute of the strong." - Mahatma Gandhi
Click to expand...

His cat could do with a meal.

Well that's all OK then! He takes the the hand grenade, pulls the pin out, chucks it into the room, closes the door and walks out. Comes back the day after it exploded to apologise, but everyone is dead!

I'll miss the Danny Rose of four years ago, he was probably my favourite player. Unfortunately it was all undone by that interview in the rag that masquerades as a newspaper; the timing was dreadful and I think he showed disrespect to Poch and the team, too. However, I don't wish him ill and hope he finds some inner peace in the future.

One week without football and we're talking about signing Messi ffs... Gonna be a long old summer

Can't wait to see you on the pitch.
Click to expand...

Welcome back mindblown. Can’t wait to see you back in the bin.

Another one who has out stayed his welcome.

BangkokSpud said:
Snowflake per chance? I'm sorry he suffered from depression but that doesn't excuse him cunting of the club .. it has feck all to do with being black, racist or anything else, that's just you being a dick ...

Danny said what he said .... so stop making feckin' excuses for him ... he hasn't made excuses, in fact he's manned up and said he stands by everything he said ... and whilst I disagree with him I admire him immensely for doing that ... if he's not making excuses, he sure as hell doesn't need a worm like you to do it for him ...
Click to expand...

I find that if any one uses the word 'snowflake' they can be safely ignored as a bit of a dick.

SouthStand Billy said:
Rose got extremely lucky last night.. he came on at exactly the right time. Everyone was on such a high given the performance we were putting in, it would be hard to say or do anything negative to anyone at the club.
If Poch predicted that then he's a bigger genius than we all thought.
Click to expand...

I think Poch knew exactly what he was doing.

So, having read all of the quotes now:
What I hate is he has requested this interview, he called The Sun! This is very important, it means he wants to put the information out there. So you have to ask Why? What are his motives for doing this? Like it or not there is only one answer to conclude, he wants out.

The 2nd thing I hate is why now? (Last night I questioned when these quotes were made, i.e was it at the time of his BBC 5 Live interview, if so The Sun could have held onto these quotes and release now). There is NO mistaking that this interview has been done within the last 2 weeks as he mentions the City game in the US. The timing of this is only damaging to the club, how are the club, the players going to react to this. What are they saying about it as they meet up for training this morning? Conclusion, nothing good will come out of it. TWO FUCKING DAYS BEFORE THE OPENING GAME OF THE SEASON! What a cunt.

He's off message. Poch has fostered a "family" atmosphere, it's close knit, it's a tight group. Players such as Kane, Lloris, Dembele, Vertonghen, Eriksen have all come out in a unified voice about their thoughts on the squad and signings etc. I don't care if they harbour different views behind closed doors, we will never get to hear those, so why does Rose go rogue? Why is he so far off message? Ask yourself what does he gain for going against the collective team message? What a cunt.

I have always respected Rose's direct interviews, they are rare but when he does speak he is always worth listening to as he is always insightful, honest, even if this means some of the things he says knock you back a bit e.g. The BBC 5 Live interview I didn't have a problem with. I didn't agree with him about a marque signing at the time but hearing now his views on Barclay, it would suggest that this is his idea of Marque signing, as opposed to Bonucci or Mesi. So his interview in hindsight could be seen as reasonable and inline with almost every fan on here, you may have differing views on Barclay the player but hard to argue that backfill in the depth of the squad isn't need by anyone, is the point. What he says in his interview has been argued by many Spurs fans, the irony of Spurs fans rage about lack of singings, player comes out say the same thing = "he's a cunt"! It has to be said at this point the interview is not about Rose wanting signings, it's about Rose, its' all about him.

This interview kills me. Whatever the outcome, whether he stays or goes it will be used in the press over and over and over, no good can come of this. What a cunt!
Last edited: 10 Aug 2017

Supporter
MartialMUFC Why don't you fuck off back to Guildford you cunt.