Good luck to him (and his brother).

He doesn’t fit into the team unless you build the whole thing around him and his form hasn’t warranted that for two seasons. Shame though. Would be happy if it’s a loan.
Click to expand...

Correct. He's like Thomas Muller, but Muller fits into Bayern's style and Dele won't fit into how Jose will have us playing.

This is why Jose has won heaps and guys like Southgate and Poch haven't.
Jose has swiftly decided he's not fitting in, Southgate and Poch shoehorn him at CM to fit him in, if he was played closer to Kane then England may have won the 2018 World Cup.

I’d be ok with him going on loan for a season to see if he can get his mojo back. Think it’d be a mistake to sell him though.

Paris Saint-Germain have begun talks to sign Dele Alli. The Champions League finalists are hopeful of securing Dele before the transfer window closes after he was left out of Tottenham Hotspur’s last two match-day squads.

Dele did not travel to Bulgaria for last Thursday’s Europa League tie against Lokomotiv Plovdiv and, even more surprisingly, was also omitted from the squad for Sunday’s Premier League fixture away to Southampton.

The 24-year-old was offered to Real Madrid as part of the negotiations that eventually saw Gareth Bale sign for Spurs on a one-season loan and Sergio Reguilon acquired for 30million euros (£27.5million).

The exact nature of the deal being proposed by PSG is unclear – whether it is a loan with an option to buy or a full transfer – but they have long-admired Dele and also like the idea of signing an English player.
Given that Spurs appear open to the possibility of loaning Dele then it may well be that PSG’s sporting director Leonardo will initially propose a temporary deal to see if the move works out.

Telegraph Sport revealed last week that Dele’s future was in doubt with the attacking midfielder having also been substituted at half-time during last weekend’s home defeat to Everton.

Dele is understood to have been left upset by the decision and by his omission from the past two match-day squads and it appears increasingly likely that he does not figure in the plans of manager Jose Mourinho.

Inter Milan have also expressed an interest in signing Dele, on loan, but it appears that PSG may have made the first move after receiving some encouragement that a deal is possible in the coming days.

Dele, whose contract at Spurs runs until 2024, may be attracted to the idea of making a move to get his career back on tracking having also lost his place in the England squad. He would also undoubtedly he attracted by the prospect of playing alongside the likes of Kylian Mbappe and Neymar and competing again in the Champions League.

Levy selling to moneybags PSG? - he must be licking his lips in excitement - how much did the stadium cost?

The injury in late 18/early 19 absolutely ruined him. Apart from the occasional brilliant performance, he never was the same aftef that...

Dele has been awful for 2 Years now and has nobody to blame but himself. I have a feeling he will be at Villa or Newcastle in a couple of Years, just dent have the desire to fulfil his potential IMO

Personally, I’d rather a loan to cover the wages, and also let some other coach try to figure out how to include him. However, so far, we’ve not seen a great resurgence from players leaving since Poch? (Rose; Eriksen)

Totti said:
I genuinely think moving would be best for HIM.

He's grown stagnant here. The Tottenham that allowed him to flourish for 2 seasons has moved on. That's what separates the best from the rest. Kane and Son for example have continued to perform regardless.

I just don't see where he fits in to the team. He can't play on the wing successfully and he isn't a central midfielder.
Click to expand...

That’s the biggest issue for him. He’s just doesn’t posses the qualities Mourinho wants in a 10 and he isn’t good enough to operate deeper as an 8.

AberdeenYid said:
I’d be ok with him going on loan for a season to see if he can get his mojo back. Think it’d be a mistake to sell him though.
Click to expand...

I agree, a nice loan with an option to buy. Then let’s see if he can rejuvenate himself.

Hmmm. ITK (fwiw) keeps telling us that Mourinho rates Edouard at Celtic, but the stumbling block to any deal is PSG's sell-on clause because he was of course their "Golden Boot" youngster.

If PSG want Dele, even if only on a season-long loan, then I'm sure Levy will spot an opportunity to negotiate around that sell-on clause. Levy notoriously stiffed PSG over GLC's sell-on clause through the way in which the loan fee worked.

Edouard is a classy player, and would be an excellent squad option as a striker.

If we played a 4-4-2 I think he and Kane would do well up top together. Issue is though he's nowhere near as good as Sonny is and so that spot would go to Sonny.

He just doesn't have a role in this team right now.

Pains me to say as I really like Dele, but it's clear he's not in our best XI right now.

If Alli leaves it will be a sad day but there is nothing beyond hope to suggest he will regain the quality that made us the envy of nearly all clubs.

It happens but usually a bit later than the tender age of 24.

If we can pick up good money for him then it's a win win..

But if he does not return to his best form he may look at Lampard and Gerrard as examples of top notch players who never lost their desire and realise it was a wasted gift.
Last edited: 20 Sep 2020

TheRealTI said:
If we played a 4-4-2 I think he and Kane would do well up top together. Issue is though he's nowhere near as good as Sonny is and so that spot would go to Sonny.

He just doesn't have a role in this team right now.

Pains me to say as I really like Dele, but it's clear he's not in our best XI right now.
Click to expand...

My guess is that Dele is done here, maybe a loan to buy option at best. We all know Jose's opinion of his training work rate and we all see the performances. The only thing that I can't shake is how Lamela is good enough for a sub appearance, but Dele apparently isn't.

Must all come down to sell-on value. Dele isn't going to get any more valuable through the rest of the year. Unfortunately for Dele, it feels like all of this is down to him.

I think with his apparent attitude problem he'd fit in very well at PSG.

A few years ago I loved the guy but that feels like a long time ago now.

Jose kept telling him time and time again that he trained like shit and he was laughing like a kid. Obviously things would not work out long term. He may be the guy in the squad personality wise I like the less. If Kane who’s the best works so hard why is dele fucking around while in shit form?

If he does go, how does that leave us in the HG stakes ?

stevee said:
If he does go, how does that leave us in the HG stakes ?
Click to expand... 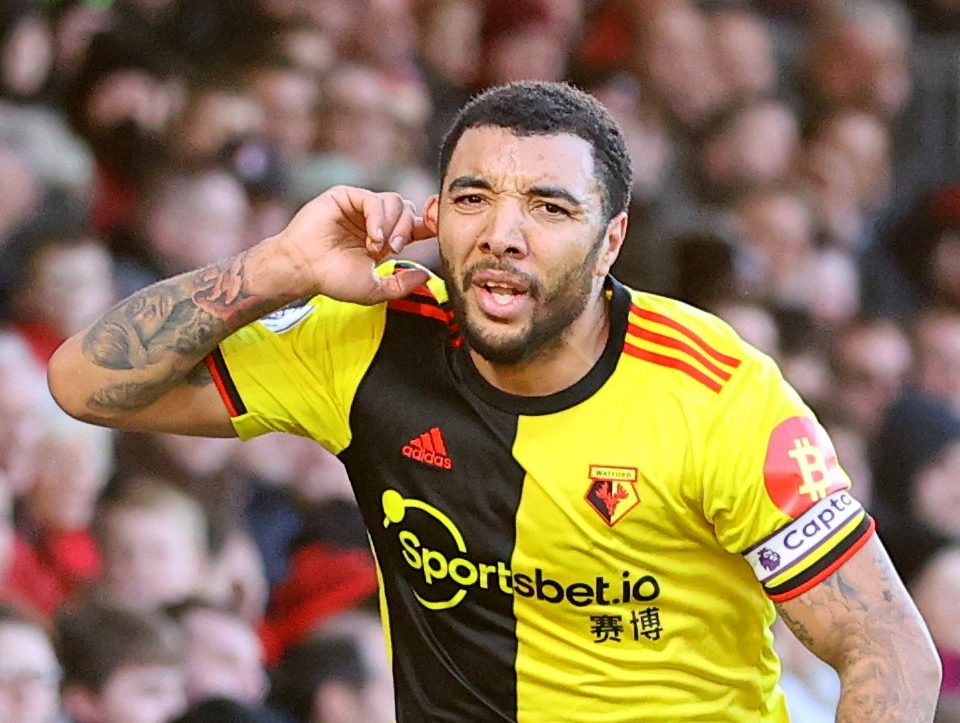 Has robbed a living for 2 years. There is something about him that I just can't take to, and he rarely shows up in the biggest games.