Curious if any of you have met any footballers (or maybe even other sports stars?) who left a bad impression (i.e were arrogant, rude etc). I'd love to kick things off but the one or two players who I've been lucky enough to get an autograph from have been nothing but nice (Klinnsmann in particular was a top bloke).

EDIT: Spoke to Robert Earnshaw over the phone a few times when I was in property management (he had a few properties in Cardiff). He was an arrogant, rude prick. Didn't like him at all.
Last edited: 14 Aug 2019

Met Ronald De Boer on a flight from Belo Horizonte to Rio during the World Cup in 2014.

Absolutely lovely guy, happy to have a chat. It was around the time that his brother was linked to the Spurs job and I told him to pass on the message that we'd love to have him, 24 hours later there was a new story where Frank came out and said there had been no contact.

None with a bad impression, but other sportsmen have left a bad taste in my mouth. Dennis Lillee for example is a right prick.

Met a few over the years and have to be honest they were all pretty friendly, down to earth guys.Not met any Spurs players though.
Funniest incident had to be in a pub in Dundee early 90s, most of the younger Dundee United players were in, Duncan Ferguson was just starting to make a name for himself, Rangers had made a few bids. He’d had a few, he lurched over toward a group of posh sounding English students near me, holding bottles of Budweiser between each finger and said do you know who I am, they quite genuinely all looked puzzled and said no, he just grinned at them and lurched off..
Last edited: 14 Aug 2019

Linford Christie- arrogant c**t .He asked a colleague of mine "Do you know who i am"?, because we asked his friend to refrain from smoking within the store.
Gary MacAllister - Gentleman
Berbatov - Ignorant prick.
Modric - Horrible ratfaced dickhead.
Robbie Keane - Okish, but up his own arse.
Jame Redknapp - Top bloke, with a sense of humour
Billy Bonds - Gentleman
Gazza - lost little boy, but a good un.
Terry Naylor - Gentleman and all round good geezer.
David Roecastle - top bloke.
Fat Frankie lampard 100% lose record as Chelsea manager - the biggest c**t of a footballer i have ever met. An utter bell end.
Steve Perryman- Gentleman, one of your own.
Graham Roberts - Top bloke, who loves our club with a passion.

I will add to this

Supporter
Met Graham Roberts at one of the test events. I was born in the 70s so he was a real hero to me. He was such a top bloke had no problem with pics and made time for a very brief chat.
Watching him in the 80s as a young kid I thought he was a legend, now in my 40s and having met him, it's confirmed.
Last edited: 14 Aug 2019

Just looked up " the Butts(and the Oval which ran along the top of it)" on google maps and compared with your average premiership footballer's abode today,its not posh at all. 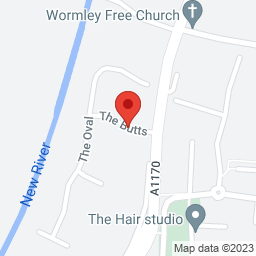 No bad impressions from the few I've met, but I don't really go out of my way to speak to famous people. They don't owe me anything and they're just people at the end of the day.

Nacho Novo, ex rangers player - fantastic bloke had the time of day for everyone who wanted to speak to him (was at a q&a beer up type thing).
Kriss Akabusi - hilarious lovely fella, met him doing some work for the BBC years ago.
Lennox Lewis - quiet but easy to talk to, he used to often go into a shop my mum worked at in the early 2000's.

On just a famous person thing
Liam Gallagher - Spent hours on the piss with him randomly one night, great to chat football and music with. His mate was a bellend though, being all big time when Liam was chill as fuck.
Lucy Pinder - doesn't really count as I never spoke to her but was in the same pub as her a few weeks ago. Had floods of teenage memories hit me, still has a great... erm personality if you catch my drift.

Edit: Forgot Bendtner - used to work around where he lived. Thick as shit but no harm and always polite.

Tottenham Sean said:
Linford Christie- arrogant c**t .He asked a colleague of mine "Do you know who i am"?, because we asked his friend to refrain from smoking within the store.
Gary MacAllister - Gentleman
Berbatov - Ignorant prick.
Modric - Horrible ratfaced dickhead.
Robbie Keane - Okish, but up his own arse.
Jame Redknapp - Top bloke, with a sense of humour
Billy Bonds - Gentleman
Gazza - lost little boy, but a good un.
Terry Naylor - Gentleman and all round good geezer.
Paul Roecastle - top bloke.
Fat Frankie lampard 100% lose record as Chelsea manager - the biggest c**t of a footballer i have ever met. An utter bell end.
Steve Perryman- Gentleman, one of your own.
Graham Roberts - Top bloke, who loves our club with a passion.

I will add to this

Are you a taxi driver, a drug dealer or a pimp?

Lars Lagerbäck. Nice guy but about as interesting as watching paint dry.

Met lots of spurs players over the years, all nice and polite, in fact never met one who is not a bell end ( or appeared to be)

Steve ovett was a misery guts , although Sharon Davies ( swimmer) was there which brightened up my day, as a 14 year old in swimming trunks having my photo with her......l went into full ' singing detective ' the greasing up scene with Jo Whaley.......' Think of woolwich, boring woolwich, one nil up , boring everyone.....'

MDG said:
Are you a taxi driver, a drug dealer or a pimp?

HAHAHA Naah
Lived in Hoddesdon,Herts .Loads of spurs players use to live in and around there.More recently its through work.I work in a posh shop that famous people come to.

Tottenham Sean said:
HAHAHA Naah
Lived in Hoddesdon,Herts .Loads of spurs players use to live in and around there.More recently its through work.I work in a posh shop that famous people come to.
Click to expand...

I've met a few ex Tottenham players over the years, all of them lovely blokes, particularly Micky Hazard who I first met outside the Haemorroids stadium before the FA Cup tie there in 2014 & treated me like a long lost brother with a big hug ! The exception was Gary Lineker ! Don't be fooled by his Mr Nice Guy image on TV, I just thought he was an arsehole

Supporter
A mate of mine once played darts with George Best in some London wine bar years ago. Best called him a 'pisshead'.

He loves telling that story!

Goes without saying - Stevie P is the most perfect human being God ever created.
Keith Burkinshaw is a prince amongst men.
Gary Mabbutt is a gentleman - a genuinely nice guy.
Met a lot of players in the past, especially in the 80s and 90s, and most were polite and happy to sign autographs and have their picture taken. Wasn't taken with Lineker or Sheringham, though, and Ian Walker was a bit of a wally. I got chatted up by Ian Hendon, but not sure he counts as a celebrity
Met John Gorman and Ian Moores in Malta many moons ago, and had a long chat with John, but Ian was not so forthcoming (may have just been shy).
Alvin Martin was a nice guy, shame he played for that lot, though.
One person I would love to meet and have a chat with - Martin Jol, he must have some stories to tell.

I used to work in the departure lounge at Stansted airport so have been lucky enough to meet a few of our players over the years. The only one that springs to mind as being a bit of a bellend was Gary Linker. Some of the ones that stand out as being nice blokes are Gary Mabbutt, Jamie Redknapp, Michael Dawson, and my favourite of all Scotty Parker.

Used to work in a pub that the Leeds players frequented back in the 90s. Most were fine, decent guys. However, David Batty was a bellend.

One Sunday lunch he and his family were in. He and his missus were swearing constantly and very loudly. Other customers had their families in and I had a few complaints, other bar staff wouldn’t go and ask him to tone it down, so I had to.

Went over to ask him if he would moderate his language, he looked at me and said “do you know who I am?”

I replied with “yes I do mr Batty, it was great seeing you get hammered by spurs the other day!” He shut up and we never saw him in the pub again.
You must log in or register to reply here.
Share:
Facebook Twitter Reddit WhatsApp Email Share Link
Top Bottom