Nutter-Naylor said:
I remember seeing him playing at WHL. Don't remember anything about the game or what the score was but I was in the Paxton and we gave him untold abuse which he took well.

There was a LCFC game at WHL when they tonked us 0-3, FW looks to have got the last one. On the Big Match (of course)

Robin Friday could be the definition of the term

The best footballer you never saw or something like that

Rod Marsh before he turned into a bell end.

I think that goal, along with Hoddle's against Watford epitomise the pure joy of watching football in the '70s & early '80s. 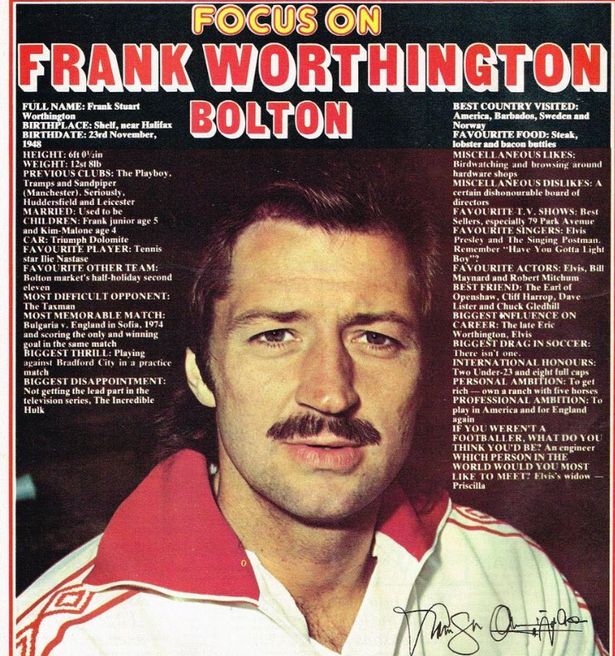 Sam Allardyce "hockey assist" ... he took the throw in by the sound of it.

Jenny Talia said:
Sam Allardyce "hockey assist" ... he took the throw in by the sound of it.
Click to expand...

Jenny Talia said:
Charlie George ahead of Brady as a maverick cunt I would say.
Click to expand...

Brady had far more class.... though, if I'm not mistaken, Charlie George did once flirt with the idea of joining us (but only 'cos of Terry Neill, if imagine!)

OldBoy68 said:
Ahh the days when the oppo players could take the shit given out and have the balls to come over after the game. As I recall, we always gave them credit before giving them more shit before they went down the tunnel.
Click to expand...

I think that's what you define as 'grudging respect'.
Yes, they played for the opposition, yes you were 'obliged' to give them stick.... but it was always due to the fact you acknowledged them as an amazing footballer.

Nowaydas, they just slag them off on Twatter, and wait for the inevitable ban!

Mind you, the racist abuse doesn't seem to have gone away unfortunately.... whilst once it was on the terraces, now it's behind a computer screen.
Nothing changes, except the medium it's vented on!