Confusius said:
Well they might want both Haaland and Kane!

todd1882 said:
You spectacularly miss the point. The assertion was, and I'm going to paraphrase since I CBA to go find it right now, 'on his day Kane will best any CB'. My point was that to believe this is to have an incorrect impression of what Kane is as a player by A) utilizing a more physically dominant player and B) predicting a bad game...because he always gets nothing from VVD and the assertion was against ANY CB. You don't get to complain about VVD being good when it doesn't work out...you adjust your belief to fit the facts; not ANY but MANY*. It was hyperbole that wasn't walked back when called on it.

Now you've summarized stats (amazingly poorly I might add) to suggest I'm a little off the mark. Similarly, folks have pointed to his efforts in our goal on Sunday to deflect criticism. I say A) this is a bad use of stats and B) if you watched the game you'd have seen Kane had little influence other than popping up on the backside of a hopeful punt (and we know it was hopeful because HK was able to control with his feet) and doing that basic this any PL forward would be expected to do. I don't think we'd want to predicate our attack on such moves.

And in case anyone was wondering what truly creating a goal by your singular genius looks like...welp, here it is...

He doesn't even get the assist for that though which is why stats are only ever part of the story. Truly brilliant bit of play.

todd1882 said:
You know, this thread was wide open for your comments for the last couple weeks but you were nowhere to be found. Folks wanna have a critical conversation on things and you pop up like a bad penny with nonsense like this.

So either contribute something of substance or STFU.
Click to expand...

crtical conversation about what tell me really... you guys are picking at every little detail when it comes to this man performance like he must magically carry this whole team on his back to the promise land... as far as I am concerned this man has performed well for tottenham hotspur for most of his career... yes he has some bad patches like every other footballer in the world...but i dare spurs to sell him and find someone better... and please i'm begging you try to grow a brain before trying to chat all this [email protected]#$%y in my ears thank you and have a nice day. 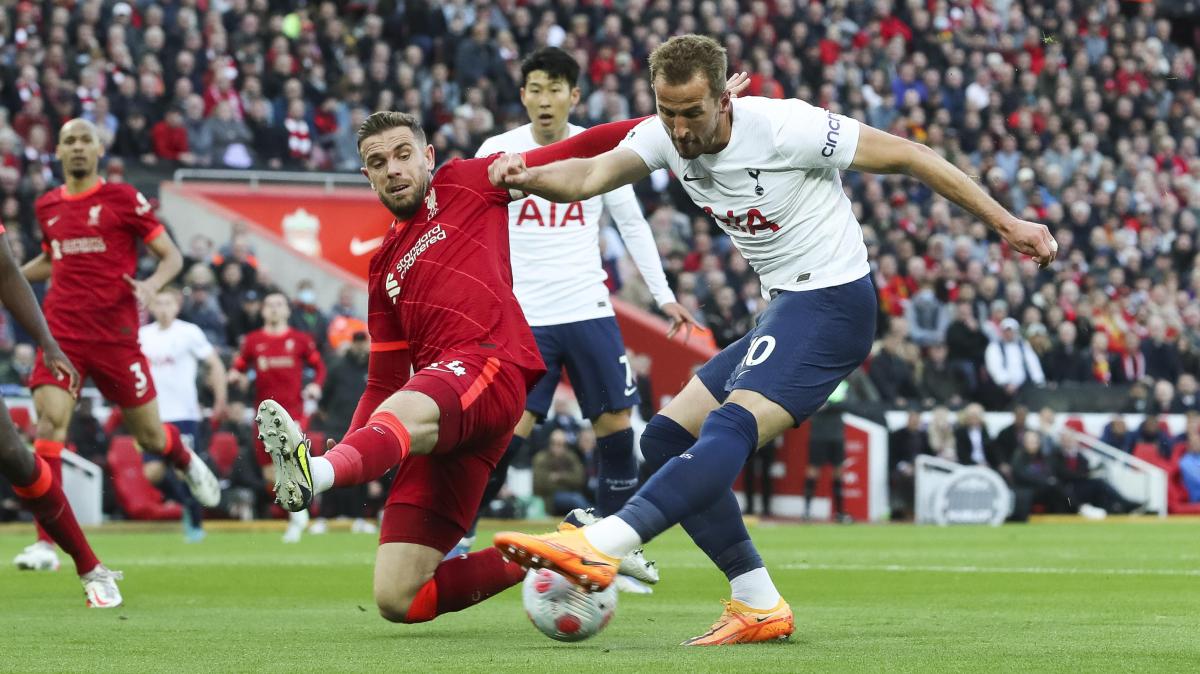 Harry Kane would be perfect fit for Liverpool

When I was in the process of joining Aston Villa in 1990, I met the chairman, Doug Ellis. Negotiations weren’t going smoothly and Ellis told me they had £2 mill

What an absolute load of rubbish. How on earth do these clowns get away with writing this made up nonsense.

The media really do hate us.

Lovely compilation of his Allrounder-skillset! Of course he is no Raúl Jiménez but we have to take what we get.

todd1882 said:
...and who gives a shit about what HK is about to break when the club is not winning? To many want HK to get records while we're playing in the conference league. And folks were angry when Pep called us The Harry Kane Team. Would you rather win the league or HK to beat Shearer?
Click to expand...

Yeah still interested man. You choosing to infer that I'm happy about the way Kanes been used(and himself used the club ) by my saying we need context regarding him shows the odd level if obsession. You are so triggered by one simple statement that you disagree with you've built a whole inaccurate narrative around my position. Time will judge Kane whatever you think in 100 years his record will be all folk talk about. Greaves had his detractors and no one cares. This was Is my substantive point, but you know VVD is unbeatable.....

Dixon:
"What is for sure is Harry will put this ball to the goalkeeper's right......"

ENIC OUT! LEVY OUT!

Great Job Kane! Came through for us today.

Rooster said:
Great Job Kane! Came through for us today.

I know its irrational but I'm going to tell the truth....its kind of making me angrier that he took the first two fucking months off.

Not sure what more can be said about him tbh

MOTM in big games vs City, Woolwich and West Ham .. but he doesn't turn up in those, right?

The Swellhead Spur said:
Not sure what more can be said about him tbh
Click to expand...

Down to 20 goals to catch Greavsie.

turned up and got the job done.

Two goals for the Tottenham talisman against the Gunners on Thursday evening saw the England skipper break yet another record.

The 28-year-old has now scored more Premier League goals against Woolwich than any other player in the competition's history.

Kane has netted an incredible 13 goals in just 15 Prem games against his arch-rivals.

Goal-machine Kane started the night on 11 league strikes against the Gunners, level with Jamie Vardy.

But his penalty on 22 minutes saw him leapfrog the Leicester forward's number of strikes in games against Woolwich.

The Swellhead Spur said:
Not sure what more can be said about him tbh
Click to expand...

Who actually said he wasn't better than Jimenez?

The Swellhead Spur said:
Who actually said he wasn't better than Jimenez?
Click to expand...