Blanchflower said:
What are the chances that one or both are playing in blue next season?

imitationleather said:
I feel a bit ungrateful criticising Redknapp because he was manager during the other good Spurs period that I can remember (oh, and Martin Jol - that was the first time I actually believed we could become a top 4 team), but I always have this overwhelming feeling it was less about him being a great manager and more about him lucking out and getting the biggest appointment of his career at a team that had consistently underachieved for decades, but were making slow and steady progress at improving. Although it seems like a job where it's hard to fuck up, lots of managers had tried and failed and him managing to steady the ship for a bit showed how good we had the potential to be.

My opinion of him has softened in the years since he left, but I was glad to see the back of him at the time.
Click to expand...

I'm somewhat mellowed about Harry's exit saga (never wanted him to start with so can't be too hypocritical), but I do cringe at the idea that he's considered as Spurs.
Comment 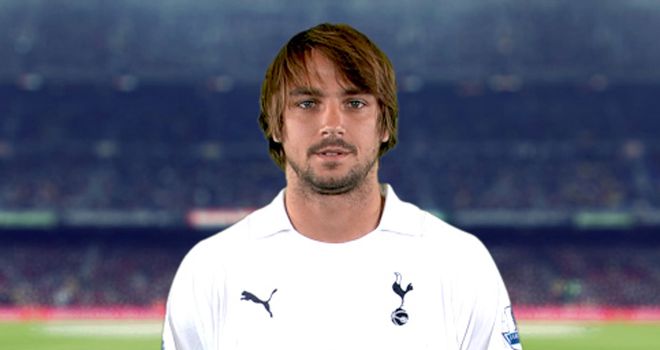 LOL... Perfect time to get the 'band' back together... Activate speed-dial!

Airfixx said:
LOL... Perfect time to get the 'band' back together... Activate speed-dial!

Was at Glasgow Rangers, did his cruciate, still recovering.
Comment

Already getting the excuses in...

Apparently messed up another club's finances

Good job we had Levy holding the purse strings.
Comment

Looks like he's going into the jungle for I'm a celebrity.

Surely his dog hasn't spent all his money??

It's a top triffic jungle

There's nothing this wanker wont do for some publicity .

Just a load of handbags publicity for Sky and Talksport. Harry probably in on it. Yawn.

P.S. as a WHL regular for almost 30 years, I can confirm that we were pretty crap and pretty soft for most of that period!
Comment

Jesus Christ , this bloke can’t win with some of our fucking idiot fans .
Comment

He's right though about pundits know all the answers and can tell you in minute detail where teams go wrong. But when it comes to actually managing a team, those who have actually had a go are pretty unsuccessful. The way that people hang on every word they say, as they don't have an opinion of their own!
Comment

Nearly as funny as this:

bus-conductor said:
Nearly as funny as this:

Harry’s not wrong though. He brought in Palacios and Sandro, and directly addressed the fact that he was trying to resolve our reputation of having a ‘soft underbelly’, which he did. He paved the way for Dier and Wanyama.
Comment

Jerry said:
Harry’s not wrong though. He brought in Palacios and Sandro, and directly addressed the fact that he was trying to resolve our reputation of having a ‘soft underbelly’, which he did. He paved the way for Dier and Wanyama.
Click to expand...

That's the problem, Redknapp's only solution was to sign a player, not coach the team to be less soft. He didn't pave the way for us to become a team that didn't have a soft underbelly, that took Levy hiring people that could actually coach players, like Pochettino and AVB to a lesser degree, not just buy a busy cunt to cover everyone’s arses.

I would never argue that Redknapp had an eye for a good footballer - but you and me could spot the players he "spotted".