They just don't get it the absolute idiots...

worsted said:
Not only did I complete high school but I also played high school soccer, football, partied almost every other week and had action with the girls too. How about yourself?
Click to expand... When Sampdoria was relegated to Serie B (2011) after a defeat in the derby for 1-0 there was a "funeral" of Sampdoria with the funeral procession ( 30.000 people) from the stadium to the most important square of the city without incident. 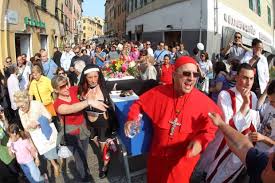 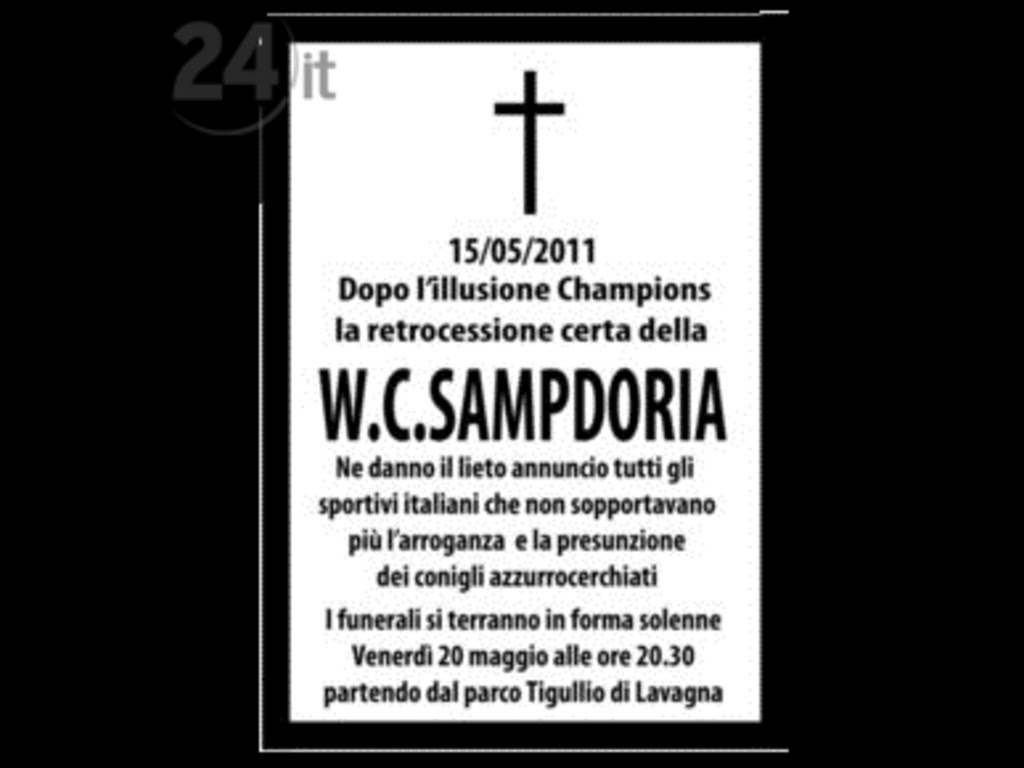 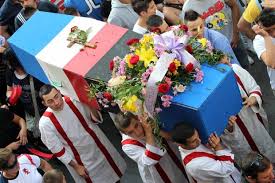 JohnH said:
Always has a soft spot for Siena. They went bankrupt a few years back and then were refounded. Now playing in Seria C.
Click to expand...

Football of Florence.
As rugby where always we have spoon of wood.

Absolutely outrageous comments from Buffon. Thinks the ref should make decisions based on the fact it was his last time in the competition etc... The only person who didn't handle the pressure was you sunshine.

stevee said:
About time they started handing out proper sanctions for this.
Click to expand...

They’ll never touch PSG or City, the UAE princes all know where the bribes are hidden for Qatar 2022 and UEFA is shit their pants scared of that shit show coming to light and landing many of them in jail. But they’ll get all blowhard tough with the Chinese, etc. Fucking frauds.

According to Il Sole 24 hours (authoritative finance newspaper) if 10% of Juventus fans (12 million in Italy) buy the jersey at an average price of 104 (the official match price is 144 € so it is a downward estimate) it will cover the purchase with the only sale of sweaters: 1.2 million X 104 € = over 120 million €.
Click to expand...

Shirt sales covering the cost of a player is an absolute myth. No club has ever directly recouped a player’s transfer fee through shirt sales. Adidas, Nike, Puma and other kit suppliers get 85-90% of shirt sale revenue and this is the industry standard.
While there are some exceptions – a club such as Bayern Munich, which is part owned by Adidas, may be given a slightly more favourable revenue share, and generally, once a certain (very large) number of shirts are sold, the revenue split on additional sales will skew more favourably to the club – these are the exceptions to the general rule.

As an example, Manchester United have a 10-year kit deal with Adidas worth £750m. This is one of the largest kit deals in football and easily the largest in the Premier League. However, the primary reason Adidas is paying Manchester United £75m per year is not simply to have a tiny logo emblazoned on United’s kit and use the club for marketing purposes. Of course, being associated with one of the few truly global clubs in football helps them capture market share in emerging markets and further solidify its presence in existing markets. But for the supplier, kit deals are licensing deals, and that’s where the real value lies to Adidas.

Football clubs are, by nature, football clubs. They’re meant to do football things. They don’t have the infrastructure required to manufacture and distribute millions of kits. Many can’t even handle running online shops, the logistics of which they outsource to third parties.

For any cynical readers of these who may not be so inclined to take this as the reality – after all, it is a popular myth – just look at how United and Adidas announced the deal in July 2014, where the partnership is described, quite clearly, as a licensing package. In fact, Adidas CEO Herbert Hainer triumphed the deal as a “collaboration [that] marks a milestone for us when it comes to merchandising potential. We expect total sales to reach £1.5bn during the duration of our partnership.”

Despite the nonsense you may have heard about Zlatan Ibrahimovic shirt sales generating £50m for Manchester United, which would far exceed his wages, it’s simply not true. In fact, United don’t even automatically receive the 10-15% industry-standard royalty payment, no doubt because the up-front £75m annual payment is so large. United’s royalty payment only kicks in once a certain number of shirts are sold.

Just under three million Manchester United shirts were sold last season. As a case in point, let’s assume that Ibrahimovic helps sell an additional 300,000 shirts. A 10% increase is a very optimistic projection, especially considering Ibrahimovic is a Nike athlete and won’t be engaging in any Adidas promotional activities on his own. His image rights deal with United will almost certainly allow the club to feature him in Adidas promotional activities, as long as he appears with at least two other United players and the activity does not imply that Ibrahimovic is giving a personal endorsement to Adidas.

Additionally, while many United fans may choose to buy an Ibrahmovic shirt, over, say, a Chris Smalling shirt, a lot of those fans were already going to buy a shirt in the first place.

Let’s also assume that United’s royalty kicks in after three million shirts are sold, and the club receive a 15% royalty on each subsequent shirt sold. Assuming a price of £70 per shirt, that’s an additional £21m in gross sales from 300,000 shirts. Manchester United’s cut of that would be just over £3m. Now, £3m is not an insignificant amount, but it offsets less than 20% of what Ibrahimovic will likely cost the club this season (wages, agent fee, signing bonus, image rights deal).

So, at best, United are likely to see around £3m in additional revenue. While certainly not a paltry sum, it doesn’t come close to covering his costs, let alone help United earn an additional £50m. Put simply, there’s a reason why Adidas has earned more in the last six months than Manchester United, one of the highest-earning football clubs in the world, has earned in its 138-year existence.
Last edited: 14 Jul 2018 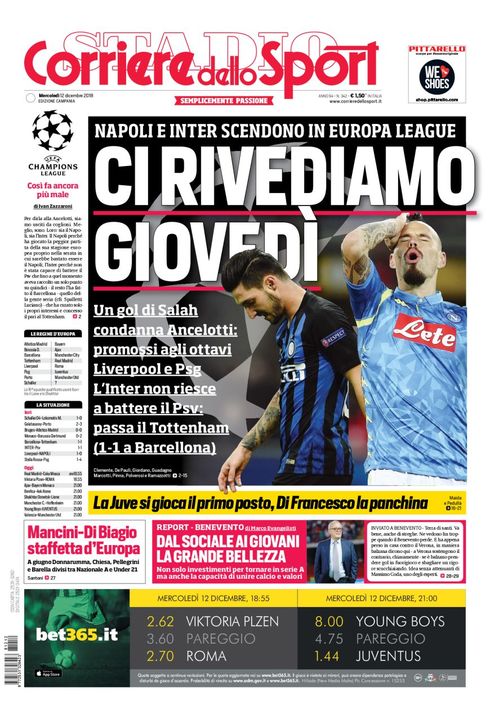 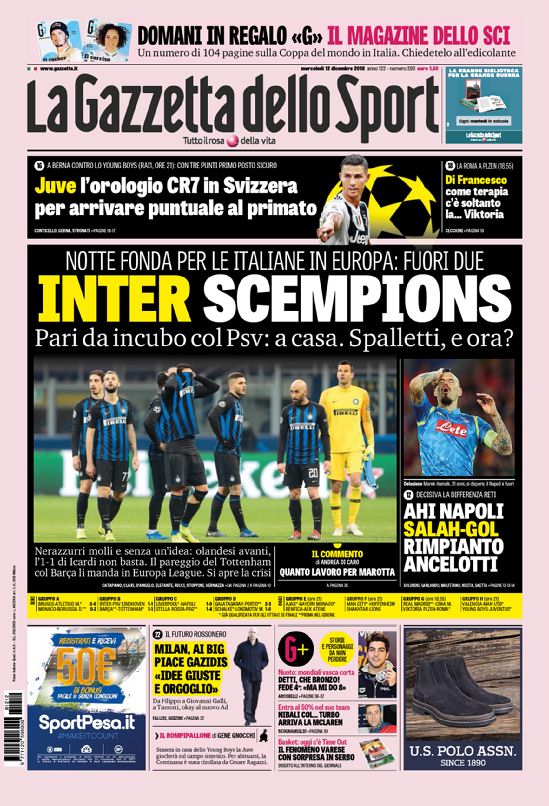 Don't support any team outside of Spurs, but because of Channel 4's Football Italia and Gazzetta Show's in the 90's I was fixated with Serie A. Any fandom was driven mainly by the players than the clubs, so Baresi, Costacurta, Maldini, van Basten, Donadoni, Baggio, Vialli, Batistuta, Crespo etc. etc. etc...Then of course Gazza to Lazio.

All this straight after the World Cup of Italia 90, Maradona leaving Napoli in a storm, the stage was set for ten years of fantasy and education. To this day football hasn't been better covered.

Genoa because they're fucking mental

I live in Genova ( Italian name) but club is Genoa football cricket ( Genoa as english name) founded by English people.
There are Genoa fc and Sampdoria uc.
Ferraris stadium ( for both) is very english.
The rivalry is very goliardic.

Best CB in the World (used to love Maldini too) but Berasi was not only an icon for Milan, Italy but he became an icon of the game. I was a CB when young and my school kit was the same as Milan, no guesses for who I used to pretend to be.

Back in the 90s I probably knew more about Italian football than the English game. Gazetter Italia on a Saturday followed by a live game on the Sunday. 1990 World Cup is the one I have the best memories of. I loved Paolo Maldini but I have to admit to liking Juventus the most, favourite players Roberto Baggio (the Divine Ponytail) and Alessandro del Piero. Would have gone to Turin if I could have got myself a ticket.
I love Italian food and all the places I have visited have been thoroughly enjoyable.
You must log in or register to reply here.
Share:
Facebook Twitter Reddit WhatsApp Email Share Link
Top Bottom