sudoku said:
LOL
But he got an assist and Sunderland have much improved since he went there.
Click to expand...

He has some quality but is light/slender of frame and has metabolic concern, he may flourish in body over next 18-24months, but do Spurs give him time and an extension? (given he’s probably on 4-10x what his quality should be earning), no idea!

Think he has more potential than most give him credit for, but its a huge transition to a Conte LWB. Think he will flourish to a lower Prem player level (after getting promoted), but maybe not until late 20s.

Hope he finishes strong and gets in epic shape over summer, then go again next season.

Doc said:
Seen him a few times in the last month. Has no business in our squad next season, probably ever, but he's a decent player.
Click to expand...

Just a few months younger than Sessegnon and Skipp but you’d never know it.

Not really sure where his level is - not seen enough of him. Hopefully he kicks on. Only slight in body shape so can still develop physically.

Rotherham fans might just feel that Clarke played a part in costing them the League One title. In the 88th minute of Sunderland's match against The Millers last Tuesday night, the 21-year-old, who had come off the bench with half an hour to go, whipped in a deep dangerous cross that Michael Ihiekwe could only head into his own net for the home side's equaliser, having earlier put his team in front in the first half.

Clarke then played 64 minutes of the 1-0 win at Morecambe that sealed Sunderland's place in the League One play-offs, where they will play Sheffield Wednesday at home on Friday and then away on Monday night, with the youngster set to take part.

The Spurs winger has played 17 matches for the sixth-placed League One side, scoring once and providing two assists as they look to find a route back to the Championship.

Sunderland vs Sheffield Wednesday is today at 19:45 (on Sky) for the 1st leg of the other league 1 playoff game with Clarke hopefully playing.
Ex-Spurs Pritchard and Cirkin could also be playing for Sunderland although the latter is coming back from injury and ex-Spurs Massimo Luongo will probably start for Wednesday!

That means it's the highest attended play-off semi-final game in Football League history.

That means it's the highest attended play-off semi-final game in Football League history.
Click to expand...

He's having a decent game. I hope his natural level is above the 3rd tier though. Alex Pritchard too having a good game, and he really should be at least a level above this, as should Barry Bannon, although he hasn't done too much tonight.

Big chance for SAFC from a Clarke long ball. Striker blew it.
Subbed off in added time to a good ovation.

Jack Clarke just won the game for Sunderland. Great assist.
Only been watching the last few mins but he and Pritchard both on the left and combining well.
Saido Berahino just slung on by SW to rescue them.
Last edited: 9 May 2022

sudoku said:
Jack Clarke just won the game for Sunderland. Great assist.
Only been watching the last few mins abut he and Pritchard both on the left and combining well.
Saido Berahino just slung on by SW to rescue them.
Click to expand...

Might be worth watching the highlights at one point Clarke beat 8 players!!

Watched him tonight. Looked very good. Still needs to learn about when to give the ball 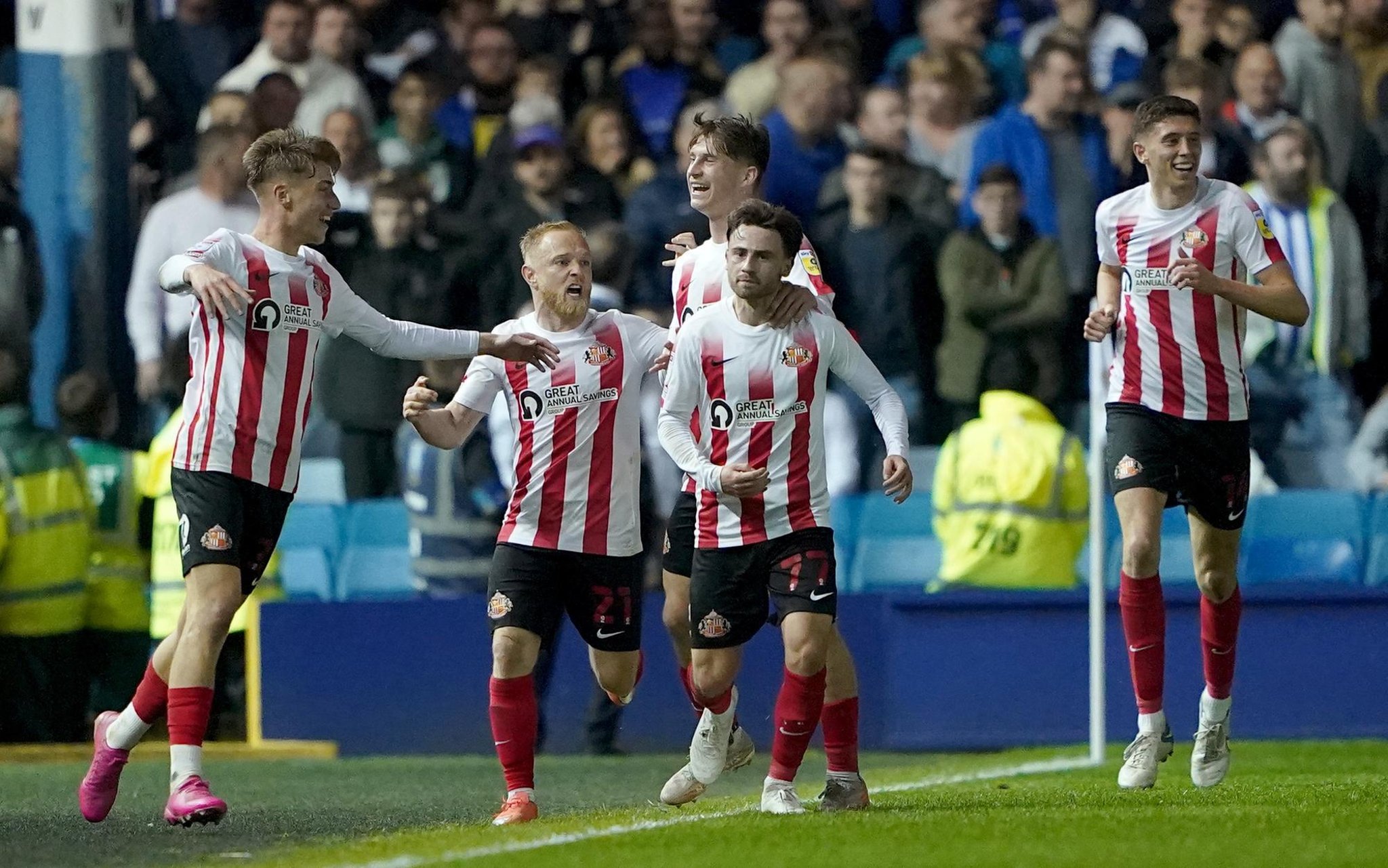 Sunderland will face Wycombe Wanderers in the League One play-off final – and here’s everything you need to know ahead of the match.

WHEN IS THE LEAGUE ONE PLAY-OFF FINAL?


Sunderland and Wycombe will face off in the League One play-off final, which will take place on Saturday, May 21 at Wembley Stadium.
The match will kick off at 3pm and will go to extra-time and penalties if the game finishes as a draw after 90 minutes.
ARE THE LEAGUE ONE PLAY-OFFS ON TV? WHERE CAN I WATCH?