Rocket said:
What a challenge.

Seriously I LOVE the jan/toby axis it should have won the league but it's now done no side can carry both. People have to get past it a Toby assist dont cover up his lack of mobility or that he constantly backs off because he is so fearful of pace. Keep one as cover and get a Skriniar level CB even if it costs 60m. I cant see one in the prem. What do folk think of Dunk?

It's good to know that if Jan doesn't want to take up coaching when he retires we can hire him to run our social media.

I am not arguing that Toby and Jan wouldn't have taken some steps back from their best season.
But there is so much more issues than only CB pairing why we concede lot of goals -

A) we don't have decent CDM. Dier is slowish and not fit enough, Winks is not defensive enough, Skipp is not trusted, Wanyama is finished. Bring in Kante or Fabinho to shield the backline and you'll see how we'd concede less.
B) we don't have good tempo controller in midfield (at least of yet, looking at you Ndombele and Lo Celso). On top of having little support to shield the defense, we don't have anyone yet who could put in even 75% that prime Dembele put it. Ndombele has fitness and injury issues, Lo Celso not really integrated into the team yet, Winks could be an option, but I don't think he will be starter if we aim to achieve a lot, Sissoko is ball-carrier, but if there is little room, he is inefficient unfortunately.
C) up to very recent time, our fullbacks are not good enough. Rose is straight up awful, Davies is injured and hadn't got decent run of games there before really... when he had to be our full-time and designated LB he actuallly did well. KWP is not trusted and Aurier was batshit awful still 1 month ago (nice to see him taking steps to right direction now, though).

Put Fabinho to shield the defense, Moussa Dembele of prime next to him, Wan-Bissaka and Chillwell on the flanks and you would see that CB duo of Sanchez with Toby/Jan could do it's job more than well.

Can't put 100% of goals conceded on centerbacks and GK's ... just sayin.
Belgium have quite enormous choice of players, yet Toby basically played every minute of every mach in their Euro qualifiers if I am not mistaken.
It could be that their coach is clueless idiot, who cannot spot awfully bad and past-it defender in front of himself... or are you just putting blame of various issues with our squad on one or two players...

Had trouble against Traore like everybody in the league has, but i love to he him score.

What a revive his Spurs career has had after Mourinho came in. Give him a new contract asap

The visionary assist to Son last week and the header last game. What can't he do? 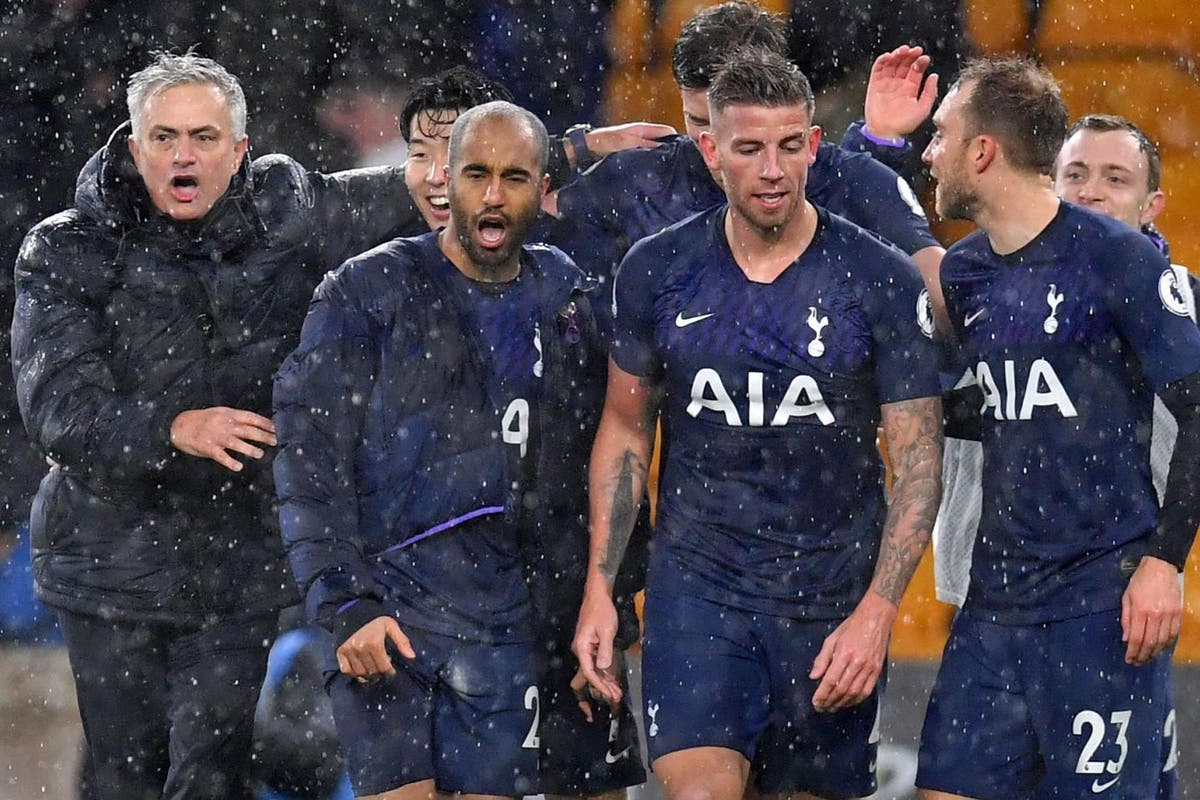 I agree that Aaron Ramsdale was very good v the chavs, might have a great future ahead of him.

Rejuvenated at left back after a toughish season last year.

Happy for him to stay there until summer atleast. So go and scout a new left back!!

Totti said:
Rejuvenated at left back after a toughish season last year.

Happy for him to stay there until summer atleast. So go and scout a new left back!!
Click to expand...

What do you think of Ajax' Tagliafico (25 caps for Argentina and their vice-captain behind Messi) ?

He is not what we need.

We could do alot better.

Still makes me cheer to see that goal.

Bet Sabrina rewarded him well when he got home