I want us to sign a player who is willing to give up his career in order to snap Wilshere's leg.

Some shit league 2 player. Give him one year deal. Couple of mil. Bring him on late on v Woolwich.

Absolutely tremendous today (as was Davies). All four of our fullbacks bring something different to the table. Incredible depth at what is probably the toughest position to fill in Poch's system.

Minor side note: He should definitely be taking corners when he is on the pitch. He was great at it last year for Burnley and we've been a bit inconsistent at times.

Have Man City ended up with the wrong Tottenham right back?

I never get sick of seeing his one-touch volleys or through balls.

Isn't the real question 'will Levy cash in on him and indirectly siphon the cash into his personal account'? 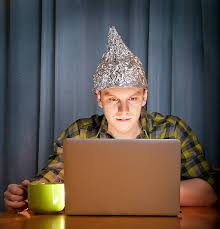 You seem relatively new round here so i'll give you a quick rundown of how it works here on TFC.

You are currently having a lively debate over a well trodden path with one of our more, lets say, pugnacious and well established posters.

The "debate" is now getting perilously close to what we call "The Cunt Off™ ".

No one wins from here on in.

Once the Cunt Off™ is in motion it will continue spinning, insults and shit gifs flying in all directions, the same points being made (badly) ad nauseam and occasionally sucking in a morbidly curious bystander - until it burns itself out some time into next week when one of you gets bored or diverts their attention to an alternative Cunt Off™. (WARNING - Several well experienced TFC members are able to maintain multiple Cunt Offs™ at the same time!)

Even then the Cunt Off™ never really goes away - like herpes, it is merely hibernating and will manifest itself at the earliest convenience when old grudges and opinions are re-ignited or there is an international break.

Certain pejorative individuals are even attracted to the Cunt Off™ - like sharks to blood in the water, these sorry and contentious individuals thrive on altercations and will attempt to keep the Cunt Off™ in motion indefinitely with increasing irrelevance until you start doubting your own mind and what the hell your significant point was in the first place.

Welcome and enjoy from all at The Fighting Cock .

P.S. We self moderate so feel free to go in hard!
Click to expand...

RealCoolYid said:
Straight in with a gif

Not bad. Not bad at all
Click to expand...

That’s a meme not a gif

John Thomas said:
I've always thought him invaluable as a relible squad played with a first class attitude. Just doubted wether he has the attributes needed to be first choice in a side that has title or champions league aspirations. His performances for England though are leading me to revise my onions, I think
Click to expand...

Always surprises me when people are amazed by Trippier in the world cup, yet somehow they missed the fact he's been playing the same way, and to the same standard for over a year now

Nothing but patience, perseverance, hard work and determination has got him where he is now. He was signed upon being relegated from the Premier League as a back up because he happened to be better than Kyle Naughton.

He didn't deserve to be in the squad.

The day has finally come, no need to dig up all that has already been said as I simply don't have the energy for it but I'm feeling a bit vindicated that we've sold a really average player that I've said he has been since the day he has rocked up at Hotspur Way.

He had given us value at £4m that much is a certainty but that was really all he was worth when we bought him and thanks to a massively inflated market he's given us a tidy return on that sum back, thanks Frodo and happy crossing in La Liga. I genuinely salute any Englishman that looks to play on foreign shores, as so many choose Easy Street in blighty, just sitting on fat salaries turning up for training then going home without giving a shit about playing the game.

For those of you that think we are now exposed and have done the wrong thing I urge you to pause for a second and remember how you felt when Tripps was named on the team sheet, you will not need to feel that way now. This isn't a disaster, it's a good day as we are addressing the problems within our squad.

If you are scared about not replacing him, (I think that we will be fine with Aurier and KWP, not perfect but fine) just think about this, until TODAY not a single leak was made (or maybe

Bill Madrid mentioned one) but really this transfer has come completely out of the blue, it might be the same if we choose to bring in a replacement. Just saying.

Happy Frodo day to you all one and all.

Regardless of the pros and cons of him going and who if anyone replaces him, it's good to see a player taking a chance outside the Premier League bubble.

Guido said:
The only oh dear is you my friend. Still wanking over one of the worst players to wear a Spurs shirt in the past 5yrs.

I've not seen KWP getting dry-humped with the oppo's every attack this season, remember that happening almost every week when Frodo was playing.

KWP is not the finished article but has already given us more balance to how we play with him on the pitch than when Frodo played.
Click to expand...

Ridiculous statement regarding trippier. So shit one of the best coaches in the world bought him and he sits top of la liga at this time
He had a very poor season but so did everyone he isn't a shit footballer and definitely not one of the worst in 5 years

Supporter
This deal seems pretty much done now. So hopefully no last minute problems with contract negotiations we can say welcome to Spurs!

A few tasty stats from last season thanks to

As said previously, even if he just puts a bit of pressure on Walker to pull his head out of his arse and become the player he once was then he's worth every penny.

Do we.. do we.. actually look like a club with a plan this transfer window?