db_spurfan said:
And to be fair to him, he's the only one onside there.
Click to expand...

Agreed. If he left it for Bergwijn he would have been offside

deadleyledley said:
I'm not mad at him trying to square it. I actually think it was the right thing to do. The execution was just all wrong.

You have to remember who the player is in that situation. Hojbjerg lacks confidence at the best of times, even more so in forward areas. I am betting that going for goal in that situation didn't even cross his mind. Secondly even if he did go for goal, he's back pedalling and I don't think he could have generated enough power in the header to score.

The square option was right for me, it just wasn't executed correctly.
Click to expand...

Bollocks for a tale, when you play at Anfield and have a chance of a free header inside the six yard box make the fucking keeper have to save it.

fogueres said:
Klopp like Guardiola is the classic manager who if he beats you 5-0 compliments you and plays nice. If, on the other hand, like yesterday, he risks losing against Tottenham then believing he is superior he speaks in an "acid" way. I hope that he and Salah are brought back to earth by Ancelotti. I hate fake do-gooders
Click to expand...

ThePreacher said:
Bollocks for a tale, when you play at Anfield and have a chance of a free header inside the six yard box make the fucking keeper have to save it.

That may prove to be a monumental fuckup given woolwich keep scraping wins.

ThePreacher said:
Bollocks for a tale, when you play at Anfield and have a chance of a free header inside the six yard box make the fucking keeper have to save it.

Had exactly the same argument with the guy next to me yesterday. Even if the keeper saves it, there’s always a chance that we get a rebound.

AlabamaSpur said:
Only got to watch highlights because my son played yesterday at the same time. Seemed Sess played pretty well. Was that just the highlight package fooling me?
Click to expand...

No, he did look good. I thought he defended well.

Dudski said:
He seems to be saying Tottenham played for a draw, but I think he's wrong. If Spurs were packing it in with 5 at the back and not getting chances that would be one thing. But they were able to often have 5 back and maintain their shape AND get chances. Plus, they were a lucky deflection away from winning while doing that. I don't dislike Klopp, but blaming Conte for not finishing first is not classy. Every manager has to use the tactics best suited to stopping the opposition and winning. What was Conte supposed to do, install a game plan that played to Liverpool's advantage. I can't remember when I heard a coach of any professional sports team say something that ridiculous, and I live in America.
Click to expand...

I do dislike Klopp

He’s a cunt and fits in well up there

El Noel said:
Neville oblivious to the fact that Man Utd aren’t relevant any more, believing they can pick and choose whichever manager they want. Beggars can’t be choosers, mate. Hope Ten Hag does as good a job as Rangnick managed.
Click to expand...

When it comes to Man Utd , the likes of Gary Neville and Roy Keane , must be living in a time warp , Utd are no longer “special” , their just like everyone else . Entitled wankers

oldwiltshireyid said:
When it comes to Man Utd , the likes of Gary Neville and Roy Keane , must be living in a time warp , Utd are no longer “special” , their just like everyone else . Entitled wankers
Click to expand...

They sound like a whole scary big bunch of people talked of Spurs in 90's and 00's.

This. A million times over.

simfin said:
Amazed that there is not more chatter out there about the Red card they never got. Anyone else in a different venue, who isn't Liverpool assaults Son like that, gets an instant Red - either from the Ref, or definitely from VAR, if the Ref misses it..

When interviewing the big headed German twat, why don't interviewers hit him with these things. They all seem scared and in awe of the gurning prick.

This "famed" anfield atmosphere, is really a cauldron of hate that has been going for years. a viciousness from the fans that the officials feed off. Seriously, for VAR not to give a Red there is just unreal. It is what it was introduced for.

I guess retrospective action is now not an option as "var" deemed it OK at the time.
VAR has only strengthened the position of the teams that the PL want to succeed.
Click to expand...

Wasn't shown on MOTD either!
Don't know why we don't make an official complaint - surely there has to be an appeal process! Refs have to be held accountable for their mistakes.

CarrieFi said:
Funny that, Liverpool have never been bothered by playing every few days before

Whining horrible cunts from the fans up to their top brass. Loathsome bunch. Nearly as bad as United but equally beyond redemption. So fucking hate north west clubs. Hard being a spurs fan growing up in that part of England.
Preston, Bolton, Blackpool
And even Blackburn at a push.
Oh, and Tranmere.
There’s a few decent ones I suppose but those two and now City? Nah. Horrible.

Mrs Perryman said:
Wasn't shown on MOTD either!
Don't know why we don't make an official complaint - surely there has to be an appeal process! Refs have to be held accountable for their mistakes.
Click to expand...

Same reason why an employee doesn't complain when the boss wife/girlfriend comes into the building and starts throwing her weight around.

There's a clear hierarchy in the league, Klopp gets to whine about player fatigue, injuries, 5 subs, yell in the face of the 4th official. Spurs has to just accept the situation. 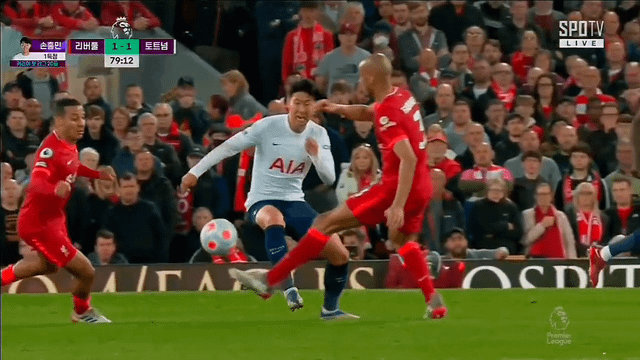 We need a list of woke acceptable songs we can sing.

Supporter
We should all hold hands with opposition fans and sing Kumbaya together. Although that might offend non-Christians.

That will fire up the Spurs support, we can then wank Klopp off after the media have licked his arse, the players can all hopefully surrender and Liverpool win 5-0 like the media wants.

What they miss is that football has crawled so much up its own arse in the pursuit of riches that it's entirely conceivable that no-one in most Premier grounds are signing on since ticket prices are now so high.
You must log in or register to reply here.
Share:
Facebook Twitter Reddit WhatsApp Email Share Link
Top Bottom