You‘d think he’s was the only player in the history of the World Cup that’s scored a dubious goal! it happens........but then depending who it benefits we here more or less about it.

Eli said:
You‘d think he’s was the only player in the history of the World Cup that’s scored a dubious goal! it happens........but then depending who it benefits we here more or less about it.
Click to expand...

The fallacy that the World Cup is the pinnacle of football quality continues.

Put any international team in the Champions League and none would make the quarters.

SchmoodSpur said:
Pele spent the majority of his career playing in Brazil. Brazilians don't call him their GOAT. In fact, they generally don't put him top 3.

Hotspurio said:
Never proved himself in a good league he was content to rack up goals in unofficial friendlies against pub sides in the 4th division of Brazil.

He was essentially carried by players such as Garrincha, Rivelinho and Jairzinho.

Absolute fraud of the highest order kept alive through documentaries which glide over his average world cup stats.

Ask any Brazilian who their best player was and not one will say Pele.
Click to expand...

I’ve visited Brazil for work several times. That’s definitely not the impression I got from people I spoke to. You wait and see what Brazil is like when Pele dies.

ArtyB said:
The Diego Maradona film is available free on the Channel 4 site...It's a very good watch.
Click to expand...

Really good film, one I watched at the cinema (before lockdown).

AberdeenYid , reason for the disagree?

I kinda loved him.

I don't think he was necessarily a good person, but he was certainly a character and incredibly gifted.

Pointless comparing him to the likes of Messi. Different eras and different issues. Maradona may have had tougher conditions, but Messi has much fitter opposition. All that matters is that Maradona was by far the greatest of his era. A unique talent and individual.

The All Blacks present Argentina with a special signed New Zealand jersey in honour of the football legend. 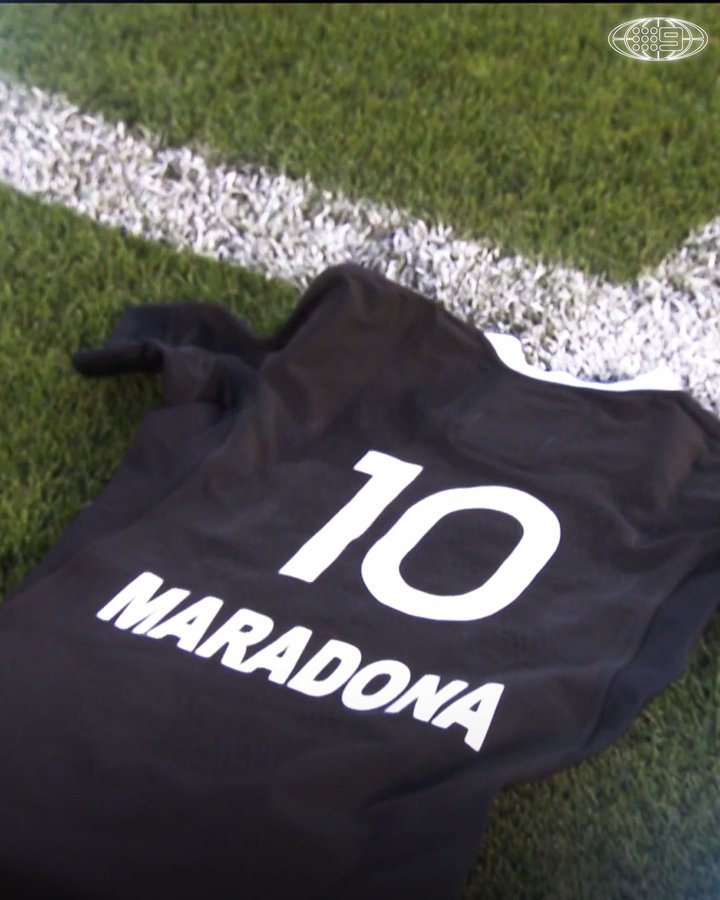 Coops40 said:
I’ve visited Brazil for work several times. That’s definitely not the impression I got from people I spoke to. You wait and see what Brazil is like when Pele dies.
Click to expand...

I think Pele is as revered in Brazil as Maradona is in Argentina. Globally too these two players almost transcend the sport.

But there are many historical articles and documentaries of Brazil that have Garrincha as the better player. People debating this back then were fellow teammates, coaches and those who played against him.

Pele will absolutely no doubt will go down in history as their greatest ever player from Brazil though. Why?
1. He justifiably contends the spot (just as Maradona & Pele are argued over who's the best, just as Maradona & Messi draw a comparison, just as Mesi & Ronaldo do today).
2. He's marketed to be the greatest and has been for 50yrs
3. He's still alive, so the marketing still continues

Perhaps Pele was the establishments choice to be the hero of Brazil, to travel the World wrapped up in a Brazil flag, the cleaner image the more poster boy, the more marketable?? (Garrincha had one leg significantly shorter than the other and both left and right legs weren't aligned, he was an alcoholic and had been divorced, beat his wife, had multiple affairs and fathered children with many, been involved in multiple car accident whilst drunk at the wheel).

The marketing, the endorsement from the elites in Brazil and around the World (FIFIA etc) will ensure Pele is not just the poster boy of Brazil but he's also an acceptable poster boy of the game. None of this should in fact diminish how brilliant he justifiably was.

Ironically though, it is Garrincha who has the title of "Joy of the People". Just like Maradona, he was from the favela's, a street urchin from a difficult background, the freedom in how he played though gave joy, it was an antidote for a lot of hardship. They worshipped him as one of their's (I'm not saying that Pele isn't worshipped too by the same people even, just that maybe they identified more with Garrincha, maybe the same way the ghetto's of Napoli and Argentina identified with Maradona too??).
Last edited: 28 Nov 2020

Garrincha was a quality player for a much shorter period of time. Pele won three world cups,

Garrincha’s best performances may have been better than Pele’s, I don’t know. But greatness has to be a bit more than that.

Telling someone that their opinion of Messi being the best ever is “so wrong”, is well, so wrong. Statistically, he boots the arse of Maradona. Personally, I prefer Maradona as a player to,watch, but there’s no denyIng that Messi is the most productive of the two and if someone wants to use that to gauge who the best player is, that should be ok.

I think it’s a ridiculous debate anyway. Why does it matter who is the best ever? Let’s just enjoy each player for who they are and what they do.

Regarding Pele, I've said before that when you look at videos of him he looks like a modern day powerhouse of a striker playing with amateurs.

He was undoubtedly incredible. Imagination, grace, power, touch, the guy was absolutely a complete striker. If he was young and playing today I have no doubt he'd be a global star.

AberdeenYid says, the 'best' is irrelevant. Maradona was something the world of football had never seen before, and I'll miss his nutty antics.

Name me an international side better than Bayern or Liverpool.

They train together for 2 weeks up to maybe 6 times a year and generally have shit managers.

An absolute giant despite his 5 foot 6 inches.