We are so calm

Was anyone else like this when watching the new animation?

For better or worse

I've been watching this thread with keen anticipation. The new stadium is significant to many, for a variety of reasons. My personal reason was my Dad seeing his beloved Spurs running out for the first time.

Unfortunately whilst immensely strong he just couldn't deal with everything that was thrown at him and in the end lost the battle.

In the weeks leading up to his death, when the reality sunk in that he could fight it no longer, the triviality of football became apparent, it's merely a distraction from normal life and the things that really matter.

So my Dad, my best friend and my rock has gone but not without teaching me one more lesson.

Love you Dad, always will.

I'm struggling to find the words to describe today. Was there for the 11am slot, but as they didn't ask us to leave, I stayed put until the very end. I was expecting to feel excited, but the emotion just got the better of me at the first sight of the pitch and seats. Yes I've seen endless pictures and videos, but they really don't prepare you for the sheer magnitude of the build. The weird thing was, it still felt like WHL but with a very expensive make-over.

Nutter-Naylor and I walked from top to bottom of the stand and there didn't seem to be a bad seat in the house.
The interviews with Martin Chivers, Graham Roberts, Gary Mabbutt and Mark Falco were great, they really feel it, especially Mark Falco as he was a Spurs supporter as a boy. The others have evolved into "Spurs" - Robbo made us all laugh, when he said Woolwich were celebrating their unbeaten run (before today of course ), but they were still f***** behind us.
Went to the shop afterwards, where a big cheer went up when the Woolwich result was announced. Icing on the cake.
I feel very lucky and privileged that I managed to get in today, it really was the best of days.
Eiffel Tower, Coliseum, Sydney Opera House, Great Wall of China, Empire State Building, Taj Mahal, The Pyramids, Tower of London - eat your hearts out - there's a new kid on the block - best building on earth!

At long last, the day of our Skywalk came round. At the beginning of the week, I was struggling with a thigh strain and was worried that I wouldn't be able to make the ascent as stairs were a real problem. I booked up a couple of sessions with my chiropractor and thank goodness, he worked wonders.
Reading through the instructions I got a bit worried with the maximum waist and measurements, as they were in cms - no idea, still think in inches! No worries - loads of cms to spare .
Anyway, Friday morning turned out to be lovely and sunny, and I made my way to WHL station for the first time in seven months. I got there really early and spent a small fortune in the shop (as one does!), before going to the 'M' cafe for a quick sausage roll (so yummy, forgotten how good they were) and cuppa and to meet my friends.
We checked in and got our kit - gilet, harness, gloves and the ugliest shoes you've ever seen. We were in a group of 10, one guy was from Nottingham, not a Spurs supporter, but prefers us to anyone else in PL, so that was OK.
I'm not going to say too much, as don't want to spoil it for anyone who wants to do it, but it really is one of the best things you can experience. The attention to detail when building the stadium still has the power to amaze me. It really isn't as scary as you would think, you are so securely tethered that you are going nowhere. Being so close to that golden symbol of our Club 154ft above the South Stand just takes your breath away.

Whilst we were on the roof, they were training to make the roof accessible to wheelchair users, they won't be able to walk out on the ledge surrounding the Cockerel though. They were also testing out the abseiling equipment, I'm definitely up for that, might do it for charity as I've never abseiled before.
I'm just waiting for them to install a zip wire - how cool to go from the Cockerel to the Paxton in 10 seconds.
Please don't be put off doing this if you have a fear of heights, you are really as safe as houses, just don't look down, just look across. The only thing that would put me off is if the weather is bad. We were so lucky that although it clouded over when we were up there, the wind started to pick up (I was prepared as I lacquered my hair with a can of hairspray!) and it just started spitting when we went back down. I felt sorry for the photographer stuck out there for five hours.
We then sojourned to the Coach & Horses for a well earned vodka or two, the heavens opened and it chucked it down - we were so, so lucky. It was just lovely to discuss everything Tottenham face-to-face rather than via WhatsApp, a touch of normality at this weird time in our lives.
What it did do was make me yearn for the place to be opened up again, can't come soon enough for me.

Supporter
After my anti-Wembley rant earlier I have just bought a ticket for Man U.
Fuck sake! No willpower. 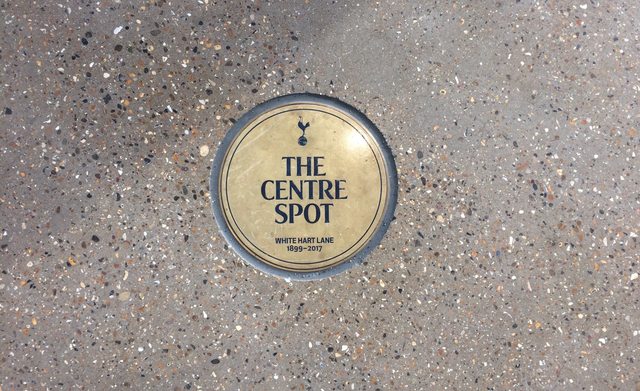 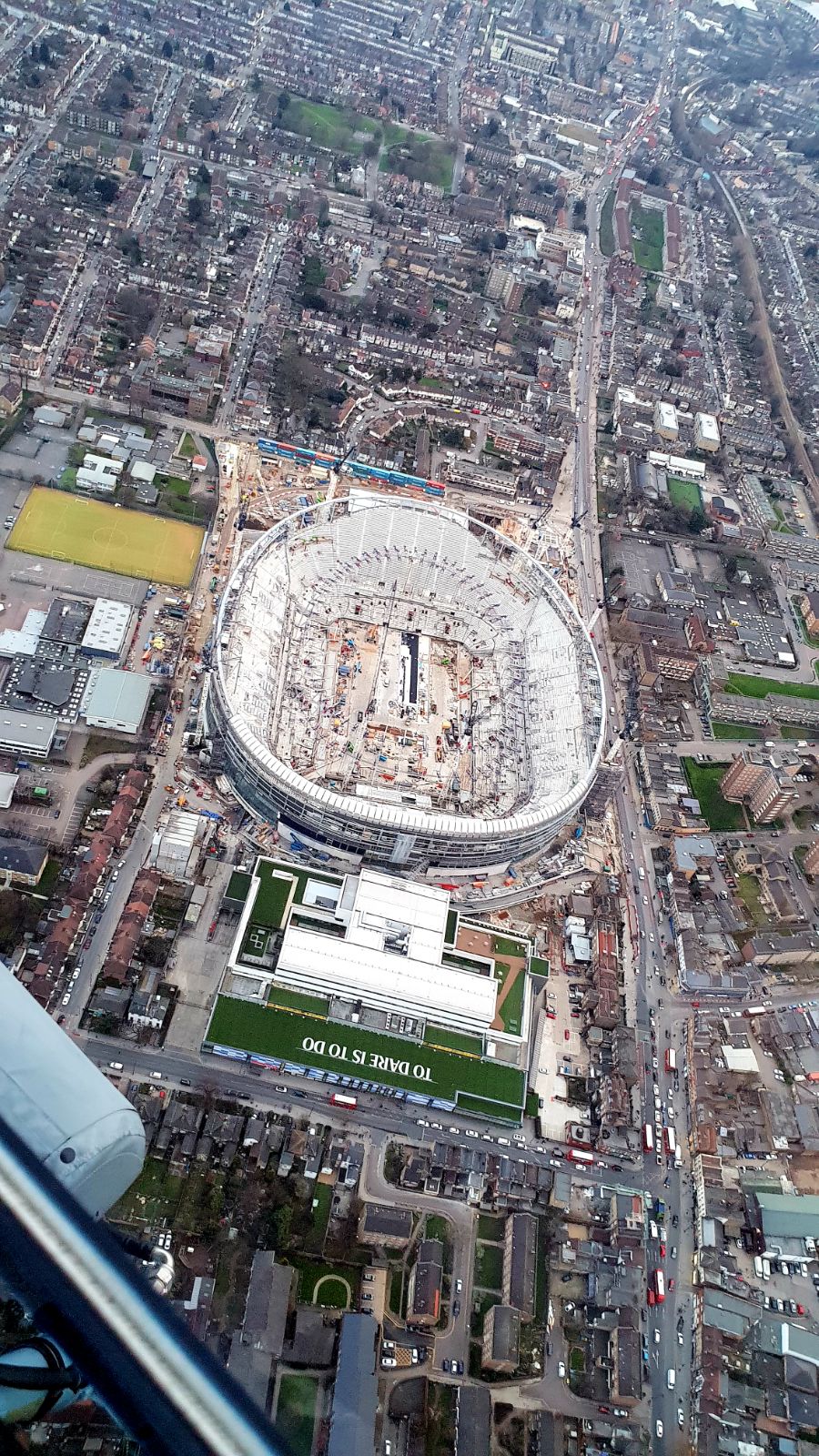 I was about to come on here and announce it before the club did, I had a good look round and was thinking at least 3 months, the south stand still a mess not even close

Club shop is amazing we had a great time in there kiddo had fun playing on the turf in there in front of a giant screen, was funny seeing NFL have its own section but they really have done well with a Tottenham museum in it and access to skywalk for when it’s finished, enough Tottenham to wash away the corporate BS Carlito Brigante said:
So who do we blame then chaps???
Click to expand...

Do we have to blame anyone? We are all in this together.. I hate Wembley and have had enough of that place but we were all told ( including Levy) that our stadium would be finished and ready on a certain date. It wasn’t so if we do have to blame anyone the buck stops with the contractors. They have royally fucked up.
It’s not great, it’s a ball ache for all concerned but we can’t help the fact that the contractors encountered issues. Neither you, me or Levy are anyway to blame for that. Levy doesn’t manage the building works, he doesn’t manage the staff, he put his faith into a reputable company and they have let him and us down.
It was reported wrongly which has made the matter worse.
I’m as pissed off as the next man but all I do know is in the end it’s going to be worth it .
Throwing toys out of prams, throwing hissy fits and pointing the finger won’t change a thing. It is what it is and we have to get on with it.

Coming back down from the very top of the South is fucking steep.

When we beat Everton on the last day of the season with a last minute goal to win
the title there will be dead bodies everywhere.

We are so calm

Got my first job!

Did someone say photoshop?
Happy holidays everyone 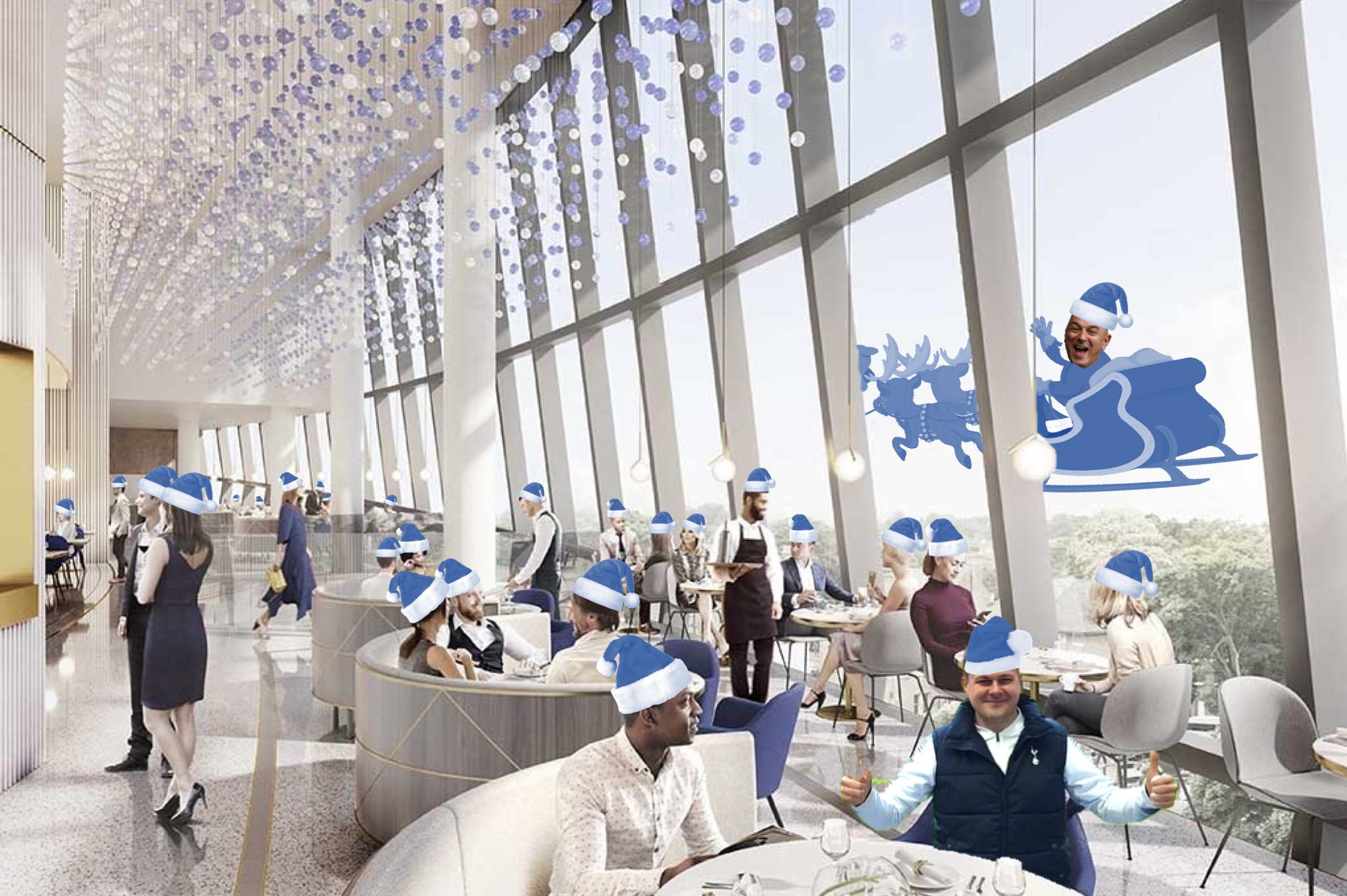 Gooner Head‏ @GoonerheadSFB 11h11 hours ago
Replying to @ElliotR1971
I would so love this. Jesus let it be true please. I miss too many matches as it stands. 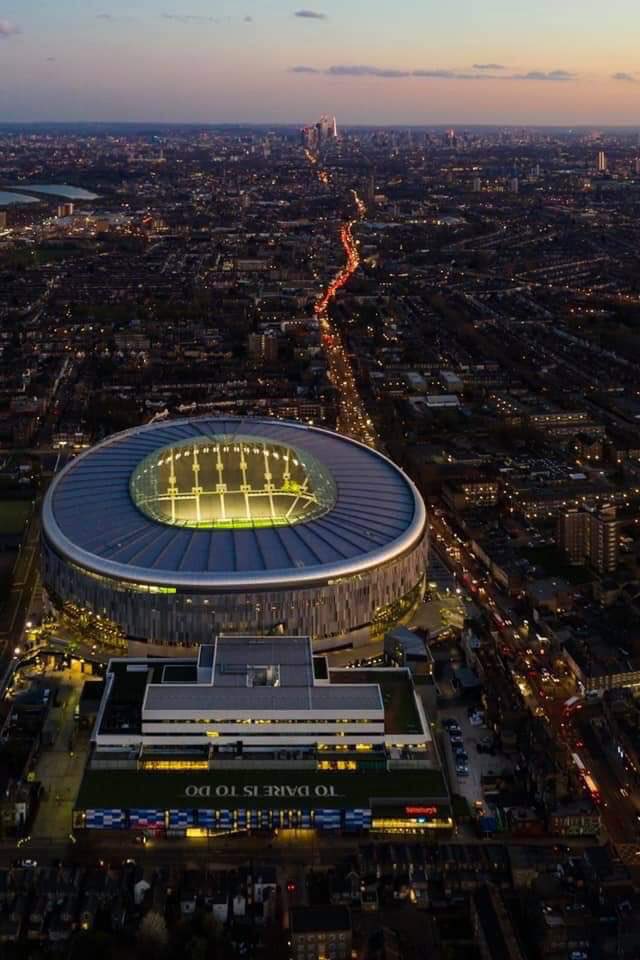