Does not matter who is captain but the GK is in charge of what goes on in the home team's penalty area. Shame we do not see more of this from Lloris.

RangersSpurs said:
I haven’t trusted Lloris since the Trippier incident at Stamford Bridge. Gazzaniga is solid and deserves a run
Click to expand...

In all fairness to Hugo, Tripps shouldn't have been shooting on our goal.

He deserves the chance, and I hope he grabs it with both hands.

Mrs Perryman said:
He deserves the chance, and I hope he grabs it with both hands.
Click to expand...

I bet you do Mrs P

That save he did when they flicked it far post was amazing technique. Instead of simply getting his hand in the way, he almost threw the ball whilst saving it. If he had not done that, it would have landed right to one of the wolves players waiting for the knock down.
Also, his distribution is excellent.

Just lost his place to Lloris but is not sulking or running off crying to Dave Kidd of The Sun, he's there living the game. Fucking nice to see and Jose was top in his interview recognising Gazza before talking about Lloris when asked.

Reporter in Daily Mirror (Adrian Kajumba) have Gazza 5 in the ratings,said his penalty saves made up for his gaffe with Capoues goal,he obviously didn't see the massive deflection off Davies,nice reporting (not)

Mrs Perryman said:
Not casting aspersions on her opinion on what is good looking but she needs glasses!
Click to expand...

Funnily enough that's what everyone said after we started going out.

Really think he could be our number 1 in a couple of years. Crazy to think he comes from same town as poch - population 3.5k

For a young, inexperienced keeper, think he has done sterling work when he's played. Yes of course, he will make mistakes - name one keeper who doesn't. For me, as long as we don't lose the game, not too bothered.

Gazzaniga ain't perfect but I don't crap myself in the same fashion that I do when Vorm is in goal.

Quite frankly, he's obviously now our number 2 and I respect the meritocracy that has let this flourish.

The only thing now is that we really need to get Vorm off our books and Whiteman in as the third choice goalkeeper. We can't waste three non-home-grown spots on goalkeepers.

stevee said:
Less brain farts yes, I agree but if his instructions is to lump it, it shouldn't be a problem.

Where I disagree is that Hugo is way better under the high ball, I've noticed a couple of times (before Hugo got injured and Gazza hadn't had a run of games) that Gazza hesitates when the high ball comes in and is a poor decision maker.

That doesn't mean that he can't improve on that, see De Gea at Utd he was a real vampire when he first came to the PL but has improved immensely.

As an old cunt I prefer 'keepers to be better at shot stopping than passing. IMO Gazza is a very, very good No.2 but not quite good enough to be a No.1

That being said I agree with bringing in a younger 'keeper, of course that would mean either Gazza or Hugo goes.
Click to expand...

I'm all for selling Hugo, I think his time is up. 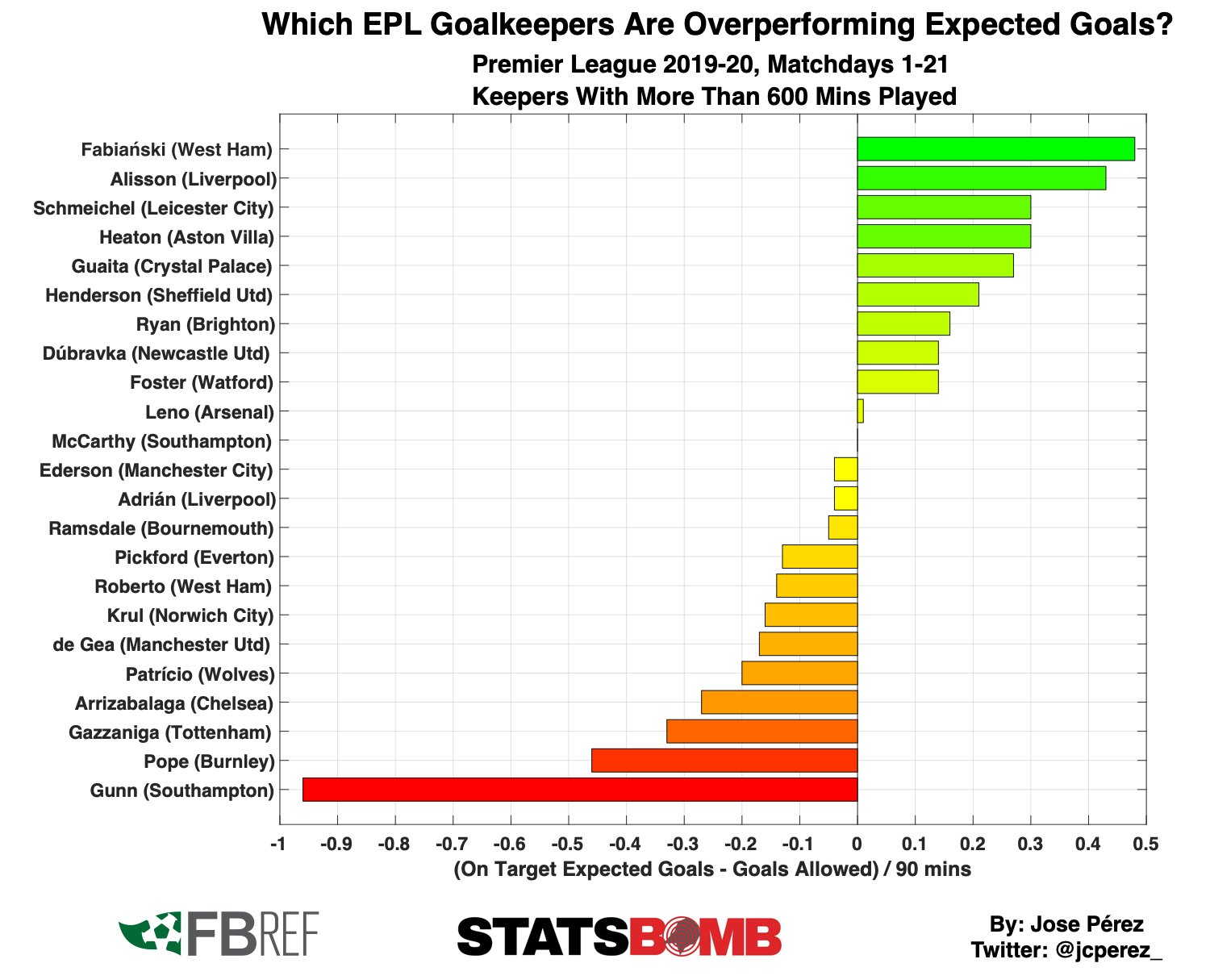 By contrast Lloris is usually at the top of the XG save stats (go see his thread for the ones that I have posted, allbe it from a totally differnt data source so bear that in mind).
Click to expand...

As time goes by Gazzaniga’s lack of quality has become obvious. Most of the big saves have been nothing special, he has made many horrible errors and let limp shots go through him.

I am missing Hugo now and I think the players are as well. He obviously makes errors as well but he is capable of the extraordinary where Gazza just isn’t. A decent second keeper but nothing more.

Thought he was harshly dropped

No sulking about being dropped here...Gazzaniga celebrating our winner...

bfwolf said:
So this guy is still with the club, right? I still don’t understand why Joe Hart is the backup ahead of him.
Click to expand...

Because he’s not very good and we didn’t have room for a foreign player as reserve keeper.

Hart is not very good either but people have forgotten how bad Gazza was. The Kung fu kick against Chelsea, letting many shots go through his hands, shite in the air, we are not missing him. We just miss Hugo as we always do.

The melters can relax now.

Haha, his distribution is mental, based on this:

Hugo has been on the wane for 12 months at least.