Love this man. Cool as fuck.

You sign players like that along with Ossie and you win things . It's not rocket science dudes.
Please Mr Levy look at this if you got any sense or actually care.
A legend

Legend. And one of the greatest beards in football for sure.

Around that time record signings were 1-1.5M
We got Ricky n Ossie for a combined 750k

Typical bargain basement Spurs, do not want.
Should have signed Andy Gray

Just listen to the commentary, full of joy and excitement.....great days back then

The word 'legend' is bandied about far too often IMO.

However, in Ricky Villa's case it totally sums him up.

JohnH said:
The word 'legend' is bandied about far too often IMO.

However, in Dele Alli’s case it totally sums him up.
Click to expand...

Chester/ Yukon said:
You sign players like that along with Ossie and you win things . It's not rocket science dudes.
Please Mr Levy look at this if you got any sense or actually care.
A legend
Click to expand...

When we signed him, no one had heard of him. He wasn't especially rated, he was signed to babysit the real star, Ossie.

Guido said:
When we signed him, no one had heard of him. He wasn't especially rated, he was signed to babysit the real star, Ossie.
Click to expand...

Utter, utter bullshit - he had just won the WC with Argentina. It was the equivalent of signing someone for the 2018 France squad - everyone was quality

This is a good read.

When Keith Burkinshaw signed two World Cup winners in July of 1978, it didn’t just transform the fortunes of Tottenham Hotspur; it sent shock waves around the world and paved the way for international superstars to arrive on these shores for generations to come.

Throughout much of the 1970s, the idea of overseas players in the British game was pretty much unheard of, but the way the Argentina team had swept away all before them to win the 1978 World Cup, amidst the ticker tape celebrations in the nation’s capital, changed all that.

The cavalier approach that Argentina had adopted that summer meant that English clubs could no longer overlook the abundance of talent that was now available to them, not just in Europe, but around the globe too – and it wasn’t long before one of the top clubs made the first move.

Burkinshaw had arrived in the Argentine capital just days after the World Cup, as the nation continued to celebrate, with the intention of signing Ardiles, thanks to a tip-off from Sheffield United manager Harry Haslam.

Haslam had been scouting a young Argentine himself, an unheard of teenager by the name of Diego Maradona, but on discovering he probably couldn’t afford him, switched his attentions to Alex Sabella who, in turn, alerted him that Osvaldo Ardiles was keen to play in England.

Burkinshaw needed little encouragement and quickly acquired the little midfielder’s signature, but just days after Ardiles had put pen to paper he was soon informing his new boss that his friend and teammate Ricardo Villa also wanted a move and was also keen to come to England.

“After it was all signed, Ossie said to me ‘my friend, he’s also available,’” Burkinshaw later explained. So after getting the green light from the Spurs board, the pair were snapped up for just £750,000 as the footballing world looked on in awe.

What made the double-purchase even more incredible was that Tottenham had only secured promotion to England’s top-flight the season before, having spent a year in the old Second Division; the arrival of two World Cup winners was a transfer coup of earth-shattering proportions.

But signing for Tottenham was one thing, adjusting to First Division football was another and it’s fair to say the pair struggled both on and off the field in those early days; particularly Villa, who noticed the huge differences between life in Buenos Aires and Blighty more than most. “It was hard for me,” he later recalled. “It was all long balls, never going through the midfield, and I’d always thought that’s what I ought to be, a thinking midfielder.”

As for his fellow countryman, though, he was a little quicker to get used to things. “There was a lot of crosses, a lot of hoofs to the area, but for me it wasn’t so hard to settle,” Ardiles would explain some years later.

And it wasn’t just the new signings who were out of their comfort zone. PFA Chairman Gordon Taylor even spoke of his concerns at what effect an influx of foreign stars might have on home-grown players.

But Spurs weren’t for turning and went out of their way to ensure the pair felt at home even calling Ricky Villa’s wife each day, taking her on tours of London and offering free English lessons.

Their efforts seemed to have the desired effect as the two gelled perfectly on the pitch, their arrival bringing with it the most exciting and successful period the club and their fans had seen since the double-winning side of ‘61.

Two FA Cup final wins were in no small part down to the contributions of the duo, most notably in 1981 when Villa scored one of the greatest Wembley goals ever seen, jinking and weaving his way through the Manchester City defence to score the winner in a classic replay.

And while Villa eventually left for America in 1983 to play in the NASL, Ardiles very much made the capital his second home, forming a formidable relationship with Glenn Hoddle in the middle of the park and forever confirming his place as a Spurs legend.

He was part of the memorable 1984 UEFA Cup final win over Anderlecht and remained at the club until 1988, making 238 appearances before returning to White Hart Lane for a short-lived and ill-fated spell as manager in 1993.

Between them, Ardiles and Villa combined to break down the barriers that existed for foreign players wishing to play in Britain in the late 1970s, while also cementing the special relationship between Argentinian stars and Tottenham Hotspur which still exists to this day. 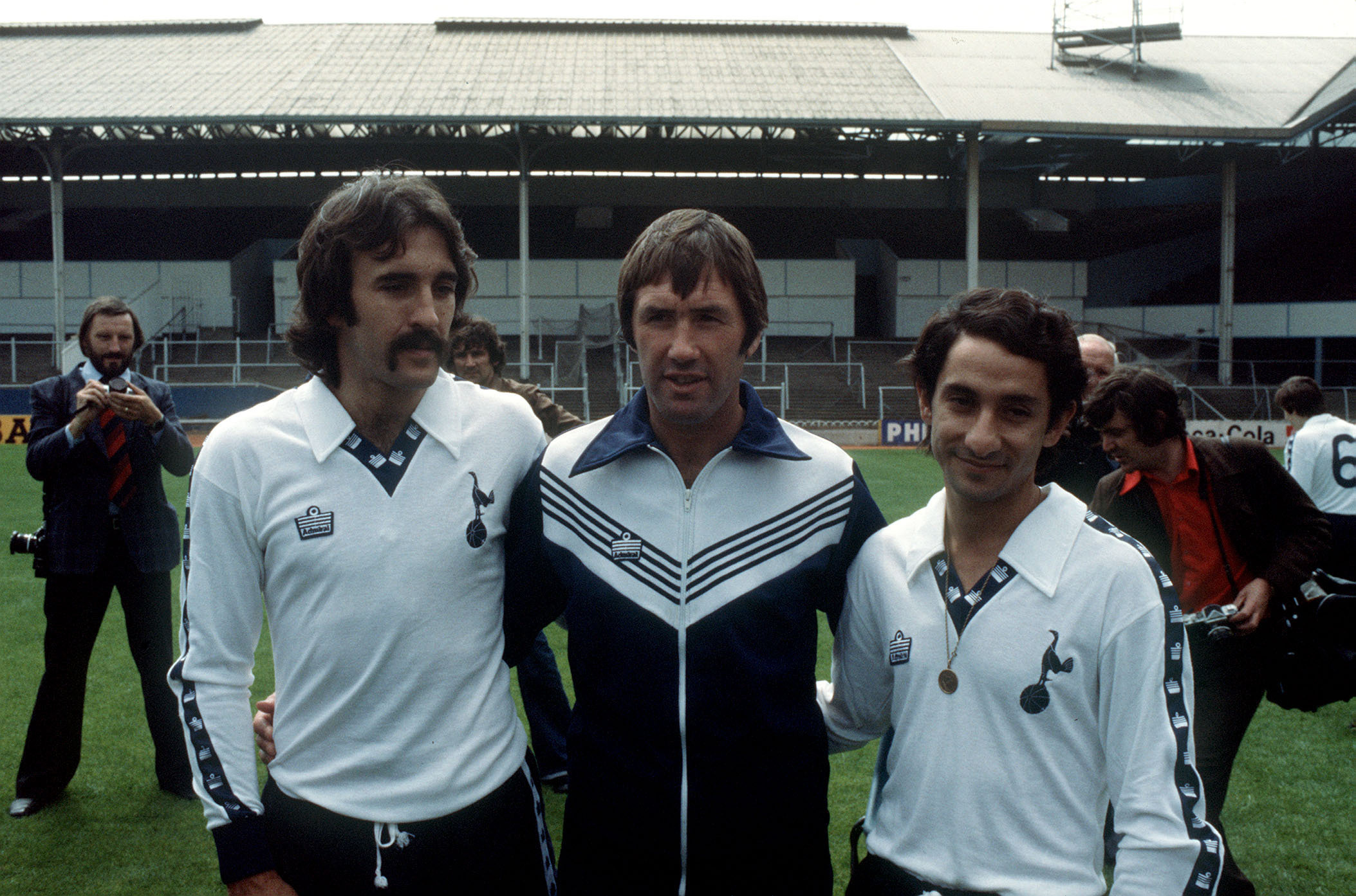 On This Day In 1978: Tottenham Hotspur Sign Ossie Ardiles And Ricardo Villa

Ossie decades ahead of his time with that numberplate.
Yiddish Lives Matter

The way we have failed to honour Keith Burkinshaw to this day makes me ashamed. His side were Spurs and he is still the second most successful manager we have EVER had.

Love Ricky, would describe him as'mercurial', ie when he was bad, he was really bad, but when he was good, he was sensational. That goal against Wolves in the semi at Highbury was spectacular and my view was from the very front of the north bank, what a strike!
He deserves Legend status, no question. The whole '81 Final story had everything - being subbed on the Saturday, with the camera catching him looking all forlorn, trudging off the Wembley pitch, just added to the drama five days later. That goal is still the best ever scored in a Cup Final nearly 40 years on (crikey, can't believe it was that long ago, remember it like it was yesterday).
I only met him the once, and that was at a book signing. I agreed to get one signed for a a guy at work, and when he asked me who it was for, I had to spell Keith out for him, as his English wasn't so good - I did look a bit taken back, as it was the name of his manager, after all!

He took a while to settle and was not always a starter or if he did was frequently subbed. Another case of being patient with him paid off.