White Van Jan said:
On the plus side it indicates he's a selfless and intelligent footballer. Nothing more stupid than people saying "oh he should never have a got a second yellow for that one". Well he knew he was on a booking so what did he expect?

I'm happy to ignore post-booking, we've seen enough of him to know that he should make it in the PL, hopefully with us.
Click to expand...

He absolutely will, I'm sure of it. He looks very powerful these days and this loan will do him the power of good. I think Mourinho has him pencilled in as rotation player next season.

therhinospeaks said:
Skipp was superb up until the booking. Unfortunately he as well as England had a very poor second half.
I was very impressed with the Leicester left back.
Click to expand...

James Justin ? He's 22 and I'm sure the reason why Leicester sold Chilwell for £45m to Chelsea as they had a ready made replacement.

18 year old Dennis Cirkin is our big hope in that position, did ok in the 4 pre-season games except got caught out v Watford. Dilemma as to how to develop him - loan or in house. I'm hoping Mourhino keeps him in house and gives him chances in the 6 EL group games (12 on bench this season so easy to do) and probably then a loan in January with his EL performances giving EFL the confidence to take him on loan. Same with Harvey White who probably had a better preseason than Cirkin. Both can still learn a bit from u23 games until January as well.

Spurs were rumored to be keeping an eye on him at Southend (where Sterling on loan is replacing him), I guess we'll still be doing that with Kelman now playing at Championship level

Doc said:
Not great from Skipp. Haven't seen the game but gave a poor pass back to Ramsdale which forced Turkey's penalty, then dispossessed in midfield late in the game with Turkey scoring on the counter. Hopefully cleans it up in his next few games for club, like him as a player.
Click to expand...

Skipp was fine in first half, in 2nd half Boothroyd seemed to change tactics by pushing Bellingham further forward leaving Skipp as the 'one' CM and isolated on the counter attack, so nobody near him to pass it to and gave it away a few times.

As others have said, England played poorly in 2nd half, and I suspect that's at least partly down to Boothroyd's tactics

according to the interweb

Wanky article in the Grauniad about how wonderful manure's youth system is.

All I took from it is that they are constantly poaching other clubs' academies for high potential players who then rarely get a first team chance. The latest is the two 18-year-olds they've just bought for £30 million combined plus huge add on clauses.

That's not a wonderful youth policy. Rather it represents desperate cheque book thieving revealing a near total failure to develop either their own youngsters or those they've stolen.

The article include the following: 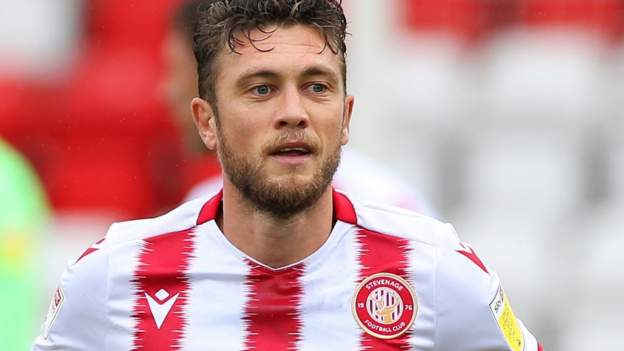 Must have jinxed things by saying we had a strong side out !

Sterling played 90 minutes in a 2-0 loss

Has Roles played any more than about 20 minutes yet?

What a waste so far.

Spurs u23's away to Everton u23's tonight @ 7pm - Everton usually have a strong u23 side out including 2 or 3 overage players.

Picking an u23 team is not easy atm
- goalkeeper could be any one of Whiteman, Austin or De Bie
- defenders probably 4 from Ferguson, Lavinier, Okedina (c), Lyons-Foster, Cirkin, Omole with possibly over age Georgiou as over age LB
- central midfield probably from White and either Thorpe or Pedder or Skinner (assuming Bowden still injured)
- attacking midfield probably 3 from Clarke, Markanday, Georgiou, Richards, Pochettino, Bennett, or Cooper
- Striker will be either Richards or Etete.

Assuming none of the academy players are selected to add to an over large development squad. 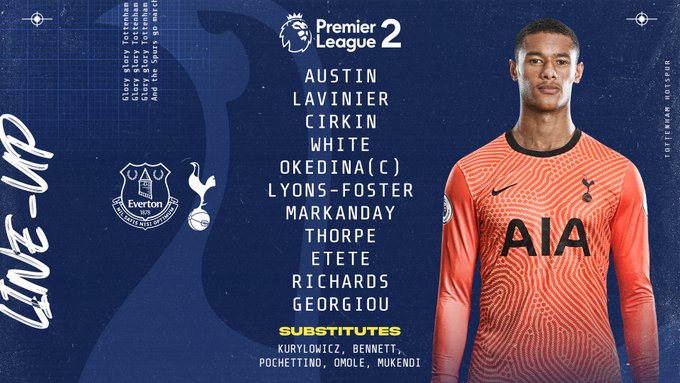 Finished 0-0. Austin made a couple of good saves according to twitter.

Kurylowitz back. Very surprising no loans done but I suppose the EFL is skint.

Our Under-23s remain unbeaten in Premier League 2, and arguably deserved more as it ended goalless against Everton at Southport's Pure Stadium on Monday evening.
www.tottenhamhotspur.com

And this is probably the line up :