Matt Taylor (u18 coach) :
''When I look at the positives to come out of the game, obviously Dane scoring five goals is fantastic, Roshaun Mathurin was very good with his performance and there were a couple of others like Nile John and Kallum Cesay who came out of the game the right way, but the main aim for us today was to win the game and we did that.”

snowkarl said:
We are seriously due some more talent coming through. Just don't understand how we've had such a gap between Kane and now while it feels like Chelsea and Woolwich are literally shitting out first team players.

I like Winks more than most here but I think Tanganga is below average and won't make it, hopefully Skipp, Scarlett & Devine actually make it.

I wouldn't at all be giving up on Parrott, he's not yet 19. He'll be a striker in the Kane mould, he won't be as good but I still think he has a great chance of being a good player in and around the top level.

Spursidol said:
I don't think he was well managed and that was part of the issue.

Calling a youngster 'Mini Messi' is not clever - just gives the kid he's better than he's proved so far. Asking for trouble.
Click to expand...

That’s the thing with football. It’s always someone else’s fault.

If you are coaching youngsters then , yes, you do have responsibilities

And not confined to football, all those dealing with youngsters in any professional capacity.

No bad soldiers, only crap officers

On the subject of youngsters, this bothers me a bit. How young is too young and when does parenting become too much?

Despite the talent this kid seems to have developed, it just doesn't sit well with me, let alone the fame associated with the exposure.

Welcome back to Instagram. Sign in to check out what your friends, family & interests have been capturing & sharing around the world.

The Mercurial No.10 said:
On the subject of youngsters, this bothers me a bit. How young is too young and when does parenting become too much?

Despite the talent this kid seems to have developed, it just doesn't sit well with me, let alone the fame associated with the exposure.

Welcome back to Instagram. Sign in to check out what your friends, family & interests have been capturing & sharing around the world.

'Pushy' parents and those indulging their kids into exploiting their image at under (say) 16 or even 18 are certainly a problem.

How to deal with except possibly to impute the kids cannot be 'employed' by parents (and others) at under working age, is a problem

I think that is game number 29 started with over 2,400 minutes played

great finishes for his 3rd and 5th goals

great finishes for his 3rd and 5th goals
Click to expand...

Cheeky third goal. How old is Scarlett? What's the rest of his game like (outside of scoring)?

bus-conductor said:
Cheeky third goal. How old is Scarlett? What's the rest of his game like (outside of scoring)?
Click to expand...

Very much a traditional centre forward, and very good at it for Spurs and E u16's. Was injured close to start of last season and missed most of it back for last couple of games for Spurs u16;s, just enough to show injury had not affected him allowing JM to pick him for first team pre-season. Due to his injury and covid (and Spurs not broadcasting u18 games) have seen him very little in Spurs u18 plus a couple of broadcast tournaments and E u16 highlights, but not seen enough of him, to give a comprehensive description, Powerful build for his age, very good on ball and great header of the ball - uses ball skills to score a wide variety of goals with both feet and head, definitely not a 'tap in merchant', just very skill full, able to bring passes coming at him in awkward situations under control with ease, and knows where goal is.

Kane can play both centre forward and no 10, Scarlett has only shown he's a phenomenal striker so far (think he's scored 4 hattricks this season at u18 level so far this season - including the 4 goals which gave him a chance against Ludogrets and the 5 goals yesterday) but plenty of time to develop his game (Kane in Spurs youth was always a 2nd striker, never a centre forward.....as a comparison).

Jamie Donley stepped up to play u18's in pre-season whilst Scarlett played for first team and did exceptionally well, and has played a few games this season. A year younger than Scarlett but building a good reputation as a striker, although yet to see anything like enough to really assess - but he is, like Scarlett, the England age group striker of choice. First time we've had the E youth strikers of choice in successive year groups at Spurs that I can recall.
Last edited: 13 Jan 2021

.
Campos with the Losc , more than 20 around the world

This just announced over in Cyprus

AEL FOOTBALL PUBLIC LTD announces the agreement in principle with Tottenham for the acquisition of the football player Anthony Georgiou. The footballer is already in Cyprus and in the coming days we will proceed together to the necessary registration procedures of #aelfc 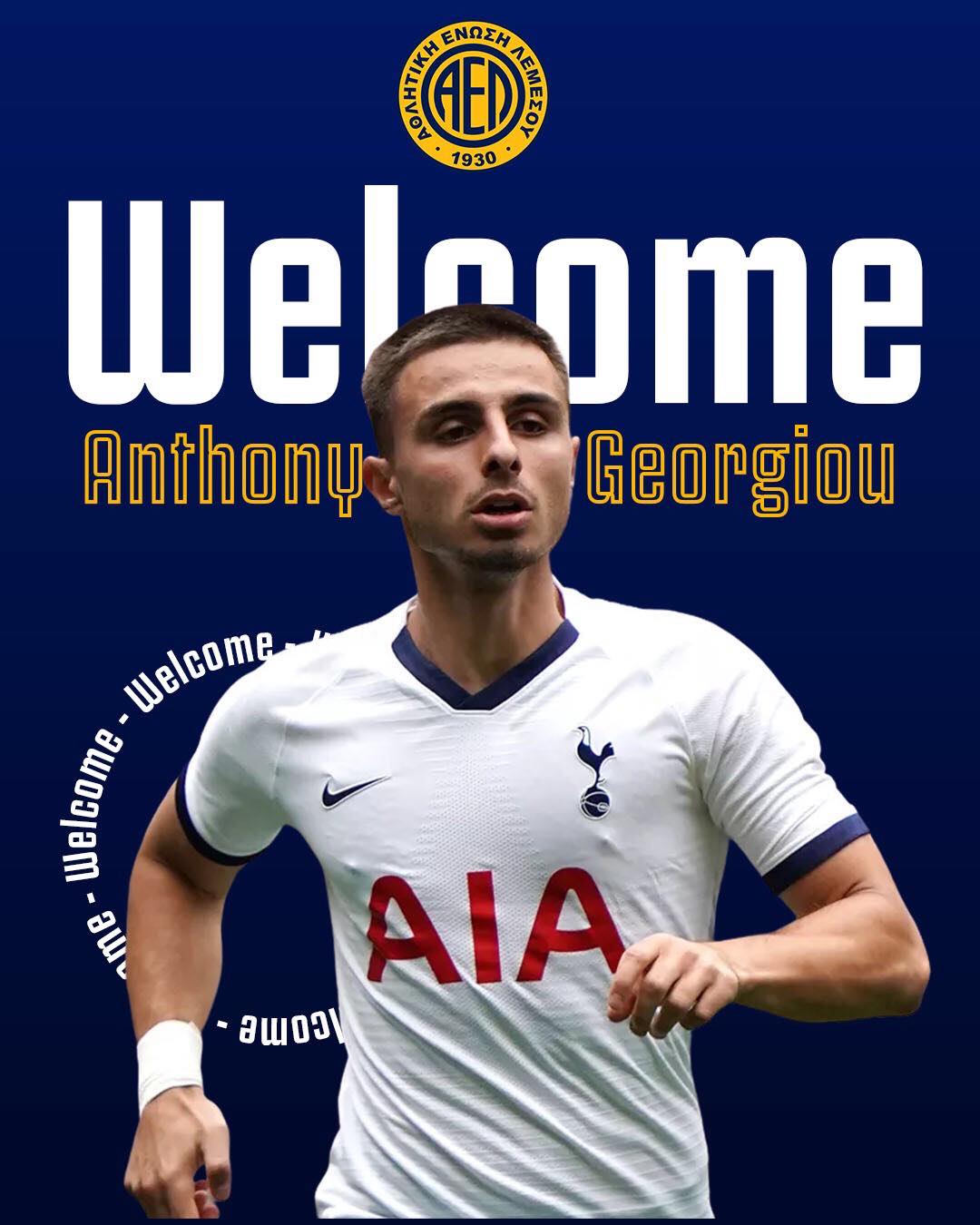 I am sure he'll make him very very proud if he hasn't already.

I am sure he'll make him very very proud if he hasn't already.
Click to expand...