Liverpool must be gutted. Same as how I felt when Stoke got relegated.
Comment

Totti said:
This is an awful window.
Click to expand...

Better than what will happen in reality though
Comment

TonySoprano said:
We are never getting sold. ENIC have a goldmine in this club, they're not letting go of that anytime.
Click to expand...

If these Arabs with a gazillion pounds to spend are targeting Newcastle then what does that tell us?
Comment

My feelings exactly. He has my sympathies with his recent bereavement but he is totally shambolic as a defender. I was just thinking the other day about when we signed him......wasn't the spiel at the time that we just beat Chelsea to his signature? LOL.

Would love to know what made us sign him. Same as with Sissoko in that it was well known he wasn't a consummate professional.

And don't get me started on his social media incidents. Repeatedly uploading evidence of himself breaking the lockdown conditions. Can't say we weren't warned when he streamed himself using a homophobic slur against his coach whilst at PSG.
Comment

tommyboyspurs said:
theo hernandez on the left. castagne on the right. it's not rocket science. get it done.
Click to expand... 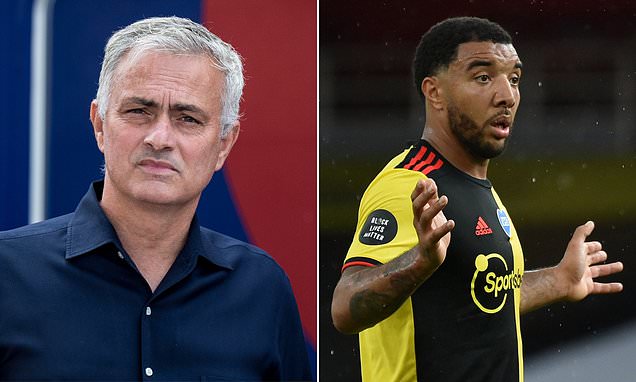 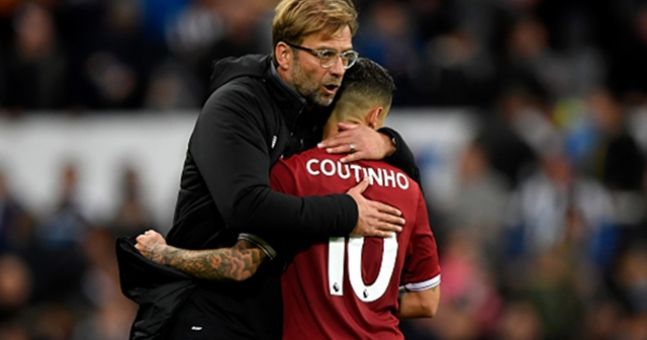 Report suggests Jurgen Klopp was amazed that Barcelona were willing to offer £100 million for Coutinho | SportsJOE.ie

Torres suggests that Coutinho was never fit enough to operate under Klopp's system of football and that Mohamed Salah was brought in to compete with him.

El Pais journalist Diego Torres has reported that Liverpool manager Jurgen Klopp was 'amazed' and 'broke into hilarity' when he first heard that Barcelona were going to offer €100 million for former midfielder Philippe Coutinho.

Torres suggests that Coutinho was never fit enough to operate under Klopp's pressing system of football and that leading goalscorer Mohamed Salah was brought in to compete with the Brazilian while Sadio Mane and Roberto Firmino were deemed 'undroppable'.

"When the club raised the possibility of signing Mohammed Salah, the coach told the management that he thought it was fine but that the position should be played with Coutinho. Never with Mané or Firmino, whom he judged unquestionable.

"In Liverpool offices were not surprised to see that the leaders embraced as if they had won a title when on 6 January closed the transfer of Coutinho to Barca for 160 million euros, a record after Neymar and Mbappé. Never the sale of the third most expensive soccer player in history meant less sacrifice and more benefit for a major club.

"Explosive and decisive in short spaces, Coutinho lacked the heart and lungs to perform consistently in the great spaces of the midfield. In the physical tests that simulated situations of the game, after two sprints of 60 meters Coutinho could not recover without remaining half a minute completely stopped. Too much, given the tactical demands. With the emphasis on permanent dynamism, Klopp discarded Coutinho to integrate the midfield in 4-3-3. Even when he placed it as an end, he found that it disengaged in the folds. During several days he tried a 4-2-3-1 to place him behind the point, with a smaller radius of action to avoid suffering. If he played as a second point he could stay off the hook without generating serious imbalances, while the rest of the team was ordered 20 meters back. But the 4-2-3-1, in Klopp's opinion, did not allow the team to occupy the spaces in the most efficient way possible.

"When they told him that [Josep] Bartomeu would sign [Ousmane] Dembelé to replace Neymar and offer more than 100 million for Coutinho to act as relay for [Andres] Iniesta, his amazement broke into hilarity. According to an employee of the English club, Klopp was blunt: "Coutinho is a fabulous forward but he will never feel comfortable in 4-3-3 as an inside; and much less if he has to play in the post of Iniesta in the 4-4-2 that [Ernesto] Valverde practices in the defensive phase, where the longer runs should be done by the wings. Iniesta is a long distance runner. Coutinho no. "
Click to expand...

Well, that completely vindicates me when I lament how they essentially won the lottery with that transfer.

I must say, that savage kind of assessment of your own players and which systems they can actually work in is that extra bit to become elite.

It also does make you wonder if similar thinking can be made about Ndombele, who quite frankly makes Coutinho look like Mo Farah by comparison.
Comment

Moaning isn't moaning if its about our other fans.

ChrissyWaddleShares said:
In my mind, I imagine that Levy sees Jose as more of his equal than he did Poch - the fact that he pursued him and wanted him for a long time suggests he might respect his opinion enough to work with him to get the targets he wants. With Poch, the big spends of last summer was a bit like ‘here you go...pressure’s on’ - with Jose, it’s almost the other way around: ‘here’s who we need: now the pressure’s on you to make that happen’.

Hopefully. I just feel like levy is as cold as ice. He doesn't feel pressure. Not even from jose. Nothing can unnerve our daniel.
Comment

It's extremely addictive waiting for new quality signings and hoping for the right pieces of the jigsaw.
Unfortunately it can be such a let down, but yet we stay glued waiting for the announcement, wishing it to occur.
Comment

snowkarl said:
If we sign that narcissistic fat prick Deeney I'm done with football for a year
Click to expand...

If that fat cunt turns up here i don't want to hear anyone banging on about Tanguy's fitness or lack of it.

But i sincerely hope to god i never see Deeney in a Spurs shirt.
Comment

But you're forgetting that Deeney is absolutely hated by Woolwich supporters.
Comment

Pepperami said:
But you're forgetting that Deeney is absolutely hated by Woolwich supporters.
Click to expand...

Definitely the kinda luck we are after....

Big mouth, small brain unfortunately. Not to mention he has scored about 15 goals from open play in the last 3 years. Oh and he kicked a student in the head. Stand up guy.
Comment

Pepperami said:
But you're forgetting that Deeney is absolutely hated by Woolwich supporters.
Click to expand...

So am i but that doesn't mean i should play up front for Spurs.

He's fucking footballing garbage and if we go near him we'll be a laughing stock.
Comment

Got laughed at for this, as an option as long as we have another he would be good, dirty cunt he is
Comment

Deeney is the menacing super-sub that Spurs have missed..and a Mourinho-type striker too.
Comment