The entire Saudi Arabian soverign, population and government.. AKA Newcastle (A) 1630KO

Shadydan said:
Yeah I agree but I'm not talking about that, he's disappearedup his own arse over the last few years but he's very good when he's not talking about Man Utd as he doesn't show his bias and he's very good at dissecting and analying the modern game, the fact that he's the best or one of speaks volumes of how bad the rest of our pundits are.
Click to expand...

Pretty much sums up why I usually go for a shit at HT rather than watch them. Problem is, sometimes he's in the commentary box.

Shadydan said:
It's absolutely mental some of the agenda driven shite on here it really is

There was about 3 errors in that goal, we obviously were trying to settle into the game.
Click to expand...

Seriously just stop paying the weird ones any attention . Soon they will be walking the streets in a pair of brown ill fitting pants held up by a string belt chuntering under their breath about deep space mole men gravy rhubarb TANGUY N'DOMBELE!
Last edited: 19 Oct 2021

Brian Fantana said:
What a nob. He was obviously doing it long enough or enough times for someone to have time to whip their camera out and take a photo.
Click to expand...

That steward is clearly looking straight at his arm. Hopefully they have already interviewed him.

Its sickening skys fawning over them.
The commentary Sunday was a disgrace.
Even my West ham mates commented on it!

Genuinely thanks for posting that ... THIS SHIT (and those doing it) NEEDS TO BE SEEN, so it can be shamed!
Bleeping out the offensive words don't disguise the fact those words have been spoken... Air brushing out or pixilating the 'gestures' for "fear of offence" only protects those MAKING those gestures!
I say make a fucking billboard of this cunt and drive it ROOND TOON until someone recognises him!
Worst thing is... He fucking looks the type doesn't he?!


ArtyB said:
Maybe he was waving to a friend in the crowd like Di Canio did that time... 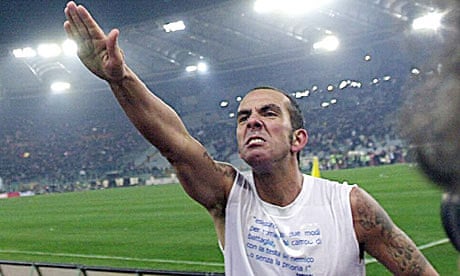 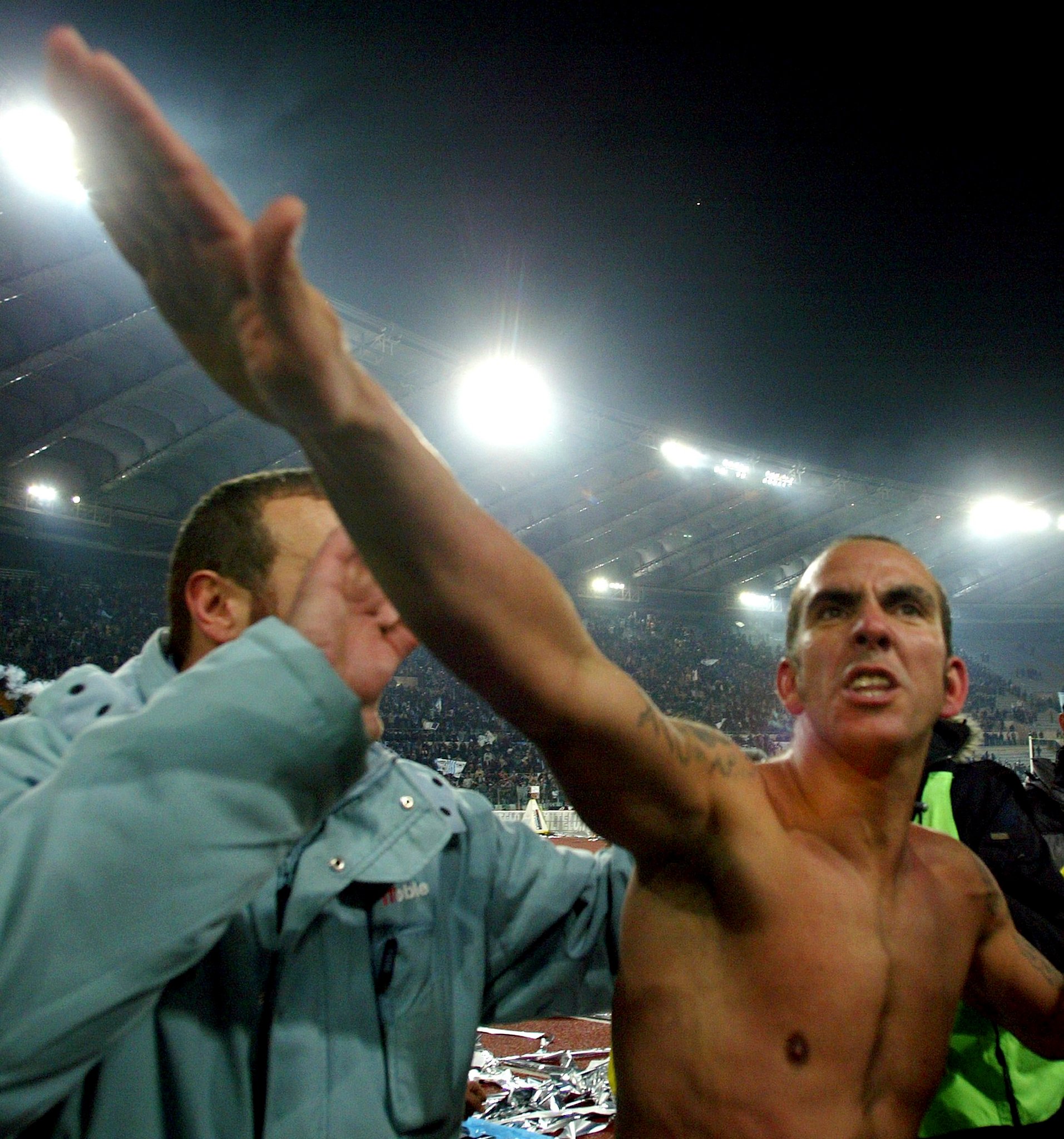 No wonder West Ham & Lazio fans loved him... ONE OF THEIR OWN!!!

Bill Madrid said:
None of them are fit to shine the shoes of John Motson, Barry Davies and Brian Moore
Click to expand...

I only hope the steward next to him - who is CLEARLY WITNESSING THE OFFENCE HAPPEN - did something about it.....

....once he put his mask on properly first!!

Bill Madrid said:
Hard to say but possibly a difference between the NUFC and CFC one is the the latter is video that has been paused, which is notorious unreliable - any football fan could be caught "hailing" (as opposed to heiling) from a still frame and thus accused.

The former is a still photo - if the bloke was doing some harmless Nooocassssel song in his impenetrable dialect, then why would it have been taken? It might also be suspected that he repeated the Zieg Heil or held the pose long enough for the photographer to get the shot, if not the likelihood is that it would have been over in a couple of seconds before they could snap away.

In supporting evidence I would point to the straightness of the arm and hand and the compactness of the fingers, both more characteristic of a Heil as opposed to a hail, as well as the steeliness of the gaze.

Have you ever thought of taking up Law???

Funny you should say that, it's my "what would I liked to have done if I had my time again" career.

Sadly or not, sex, drugs and rock and roll, along with shaking an angry fist at the establishment man took precedence.

Also, I worked as a press photographer for a number of years at the Old Bailey, High Court and Southwark Court, which gives me supreme status in any bar room legal dispute

Dear oh dear. Some people... What a moron.

Bill Madrid said:
None of them are fit to shine the shoes of John Motson, Barry Davies and Brian Moore
Click to expand...

And the greatest of them all....Jimmy Hill.

ShutUpPatrik said:
Gotta protect the league. That's all that these Sky fucks care about.
Click to expand...

I'm still surprised that the Murdoch's haven't bought their own team.

Coys1955 said:
That steward is clearly looking straight at his arm. Hopefully they have already interviewed him.
Click to expand...

He doesn't really look all that concerned.

Spaniel said:
I'm still surprised that the Murdoch's haven't bought their own team.
Click to expand...

They have, they come from Manchester and play in red!

Wellsey said:
They have, they come from Manchester and play in red!
Click to expand...

Bill Madrid said:
Also, I worked as a press photographer for a number of years at the Old Bailey, High Court and Southwark Court, which gives me supreme status in any bar room legal dispute
Click to expand...

Ooooh, you might have some snaps of me. Wearing a suit and hair combed too

Supremacism promoted by a bunch of idiots who looked like inbreds.