PSG’s attempt to buy out Neymar’s Barcelona contract is rejected by La Liga
Click to expand...

Not sure how they can do that - surely up to Uefa to enforce their laws, not the Spanish FA.

This could get very messy.

I always wondered how they will produce the extra electric.
They'd have to have a massive switch to renewables it's have to start today and we'd have to build nuclear stations every week. Just one sixth of our electricity is powered by nuclear and we have 7 active plants.
Vast majority of our electricity is coal and gas powered.
Only a small proportion is renewables.

VirginiaSpur said:
I believe it's something else entirely that few people seem to talk about.

It's unsustainable so long as such a club is expected to be self-supporting, absolutely. But Levy is increasingly the outlier; he sensibly believes that the business model should make sense in and of itself. There are only a couple of clubs whose internal revenue streams allow for such spending, and PSG is not one of them.

The petro-clubs and Chinese consortiums are playing a different game in my opinion. Russian and Arab owners probably aren't investing in clubs because they think it's a good and profitable business to get involved in, but because it serves several valuable and unique functions that aren't immediately apparent to Western businessmen.

Being a Russian, Middle Eastern, or even Chinese oligarch is a dangerous, high-stakes game, and these owners are perfectly aware of those stakes. Political purges and internal power struggles are common, and owning a football club seems to conveniently legitimize ill-gotten gains, and provides an enormous "rainy day" asset and safe-haven. They're investing abroad because their own countries are unstable and if it all falls apart they won't maintain any of the benefit of that investment anyways. To that effect, Chinese capital controls are very strict, and wealthy Chinese have to go to extreme lengths to funnel their money out of China, but conveniently buying businesses abroad is encouraged as a means of spreading influence and power.

If Roman Abramovich was purged by Putin tomorrow and his Russian assets confiscated then he would still have Chelsea, and the British Government would doubtlessly protect his interest. How much do you think he could fetch in selling Chelsea? The Forbes list currently values Chelsea at $1.85 billion.

If there was revolution in the U.A.E. and Sheikh Mansour found himself a Royal in exile, Forbes lists Man City as being worth $2 billion.

It's glorified money-washing, with millions of eager fans desperate to defend your ability to do so.

If I'm wrong, then all of this craters at some point and Tottenham Hotspur is left standing. If I'm right though, then we'll see spending continue to grow, because that's the whole point of it.
Click to expand...

Thanks, I'll check that out later. Supporter
As the league refused the release clause funds but Barca accepted the money (I guess as a transfer fee), does that technically make them a selling club?

The challenge of earning £500k per week is a mighty challenge indeed. I would respect so much the footballer that actually said that. 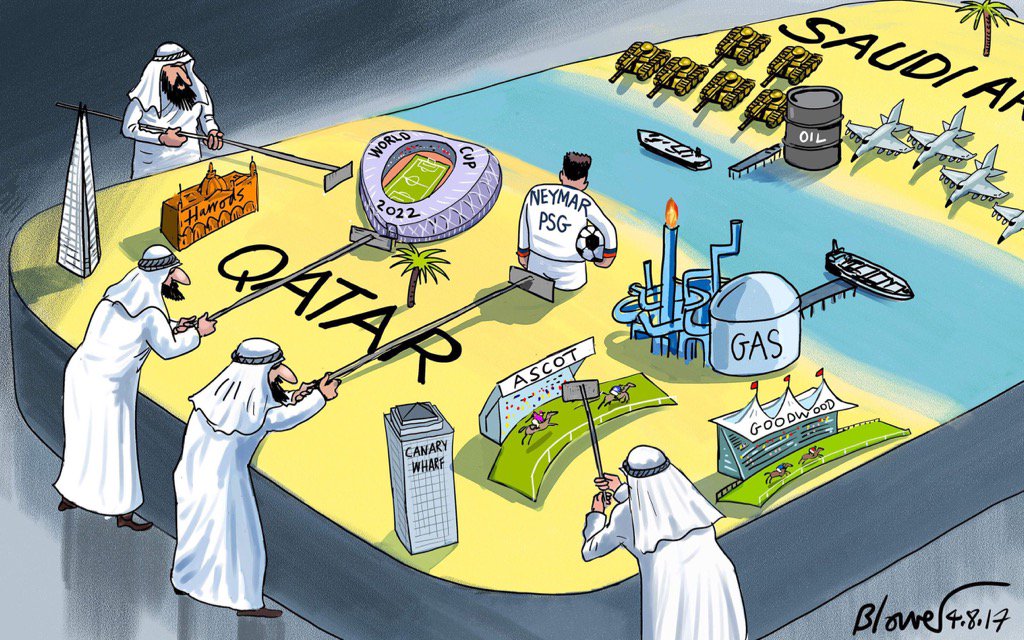 Guido said:
The challenge of earning £500k per week is a mighty challenge indeed. I would respect so much the footballer that actually said that.

I had to laugh at his statement at PSG that he signed "due to the ambition of PSG". Yeah, okay. I mean, as if that claim was already farcical these days, not it's just beyond a joke.

My dad will no longer buy gasoline he says

The Dane said:
My dad will no longer buy gasoline he says
Click to expand...

Well, he's doing his bit for the planet, you should be pleased!

And now Uefa will proceed with a light slap on the wrist, which Al-Kelaifi will pay with the loose change that dropped out of his pajamas this morning.

I'm not particularly familiar with the in's and out's of Spanish football. Why is it that Neymar paid his own release clause? Is this some sort of way to get around taxes? Why didn't PSG just pay it outright?
You must log in or register to reply here.
Share:
Facebook Twitter Reddit WhatsApp Email Share Link
Top Bottom