Supporter
Going pretty well for The Stones. Looking like mid table safety ready for a big push next year maybe?

Can't see how y local team can get out of the mire they're in. a 5-0 loss to the team above them in the relegation zone. Only Dover with their points deduction are below.

Can't see how y local team can get out of the mire they're in. a 5-0 loss to the team above them in the relegation zone. Only Dover with their points deduction are below.
Click to expand...

Mid table is definitely the aim, beat Dover 3-2 at their place last night.

Huge game for you guys on Sat against Aldershot.

Supporter
New signing for Stones, current international player and left Barnet for us.

Supporter
Was going to make the trip to Borehamwood on Tuesday. Bugger.

Supporter
Was planning to go to this as well.

Going there on Tuesday to watch Wealdstone.

I coached football for Romford Borough Youth for 10 years ,eventually working my way up to Romford FC running the reserves with a mate, we had some cracking games, thumping Chelmsford and Hornchurch was a highlight.
I did my FA badges with West Ham and Chelsea ( Spurs wasn't doing them at the time)

Supporter
One of the owners of Minnesota United FC has joined Wealdstone as a director. 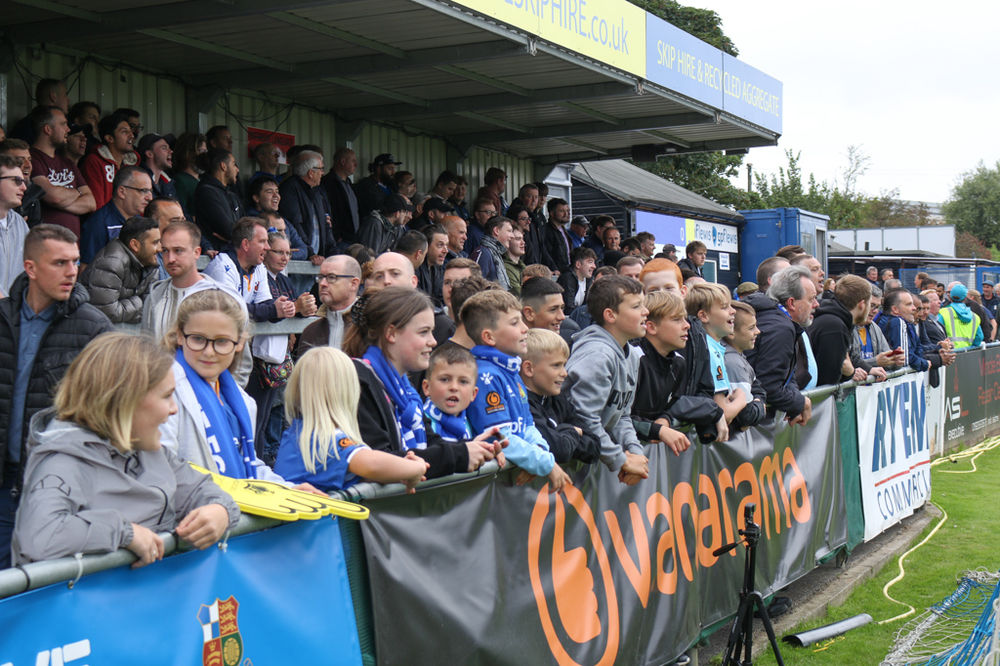 Wealdstone welcomes new member to Board of Directors

Wealdstone Football Club, which continues to strengthen itself both on and off the pitch, is pleased to announce the newest member of its Board of Directors. Todd Johnson, a 57-year-old US businessman and a passionate football fan, will officially join the board later this month. “I am thrilled...

Wealdstone Football Club is delighted to announce it has received a further double boost to its off-field operations. Following on the back of the recent announcement that US businessman Todd Johnson will join the board, the club can reveal that two lifelong fans and school friends have also...

Supporter
2 nil loss away at Woking for Stones today, the home game against Notts County on Tuesday (I'll be there) is now huge!! 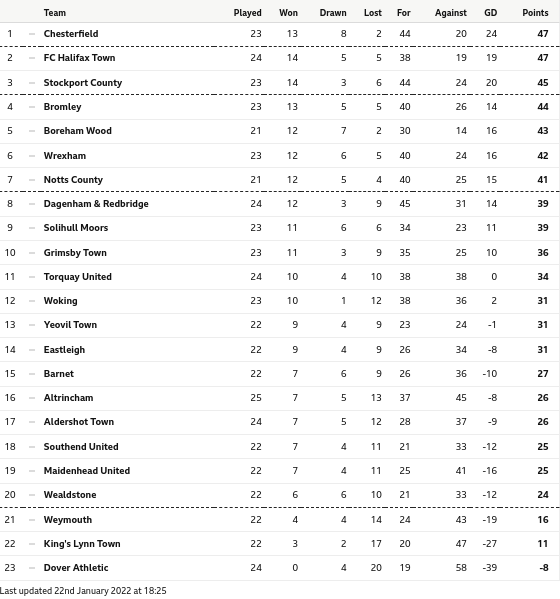 Barnet, who play in the National League, went on strike after Saturday’s defeat to Stockport following an allegation of racist abuse by a member of the Bees' backroom staff

Supporter
Fucking hell, this is shameful.

It’s a sad day in football when we have to put out a report such as this.
Matters on the pitch to one side, what should have been a great day for Wealdstone FC has been marred by a handful of Wealdstone supporters who have behaved in a disgraceful manner, with no regard to people or property and have carried out a large number of criminal incidents, the like of which we as a Club, have not seen before.

Without going into full details as it would create too long an article, below is a high-level summary of events, a nine page report of which has been provided to Wealdstone FC.
There were multiple ejections and arrests for the above and charges for criminal damage and criminal charges under football legislation were served.

We have had many teams with problematic reputations attend the Hive over the years and all have left the ground as they found it, thanking Barnet FC staff for giving them such a great facility.

The Club has written to Wealdstone FC and the League regarding this matter.

Bit of a limp response.

Message from the Chairman
On Saturday, the club achieved an important result away at local rivals Barnet and were supported by a large and vociferous away following. The level and passion of our away support is always outstanding and something we are rightly proud of, and it makes a big difference to the players and management to have such a fantastic backing all over the country.

Sadly, reports of criminal damage and antisocial behaviour have been bought to our attention from the game and this is not something the club condones in any way. The incidents are being dealt with by both clubs and the police, anyone found to be associated with this behaviour will be sanctioned accordingly. We are assisting in every way we can with on-going enquiries.

As a club, the diversity of our home and away support across age, gender and race is something we are hugely proud of and we have been widely praised by our opponents throughout the season for our supporters conduct.

A large number of our following on Saturday was made up of young children who we have actively encouraged to watch their local football club through ticket and community initiatives and who enjoy the family atmosphere the club seeks to create.

We will absolutely NOT tolerate a small minority of people who associated themselves with our club for this fixture to tarnish our reputation. We apologise for their behaviour on behalf of all true Wealdstone supporters. We thank the vast, vast majority of those who travelled to support us on Saturday for their incredible support.

Message from the Chairman

On Saturday, the club achieved an important result away at local rivals Barnet and were supported by a large and vociferous away following. The level and passion of our away support is always outstanding and something we are rightly proud of, and it makes a big difference to the players and...

Supporter
'Holywood' AKA Ryan Reynolds won't be at The Vale...


Chevy5 you making the trip?

SpiderSpurs said:
'Holywood' AKA Ryan Reynolds won't be at The Vale...

Sadly, I had to work today.

As Stones lost and Reynolds didn't make an appearance I'm not too upset!

It was a very lucky win for the reds. They are very random with their form.