The Race for 4th

What I love about tomorrow is we don’t even need a Newcastle win. A draw would be outstanding

Congratulations guys!
A season that appeared to be anonymous and colorless became a ride to put Manchester United and Woolwich behind.
And CL the next year! 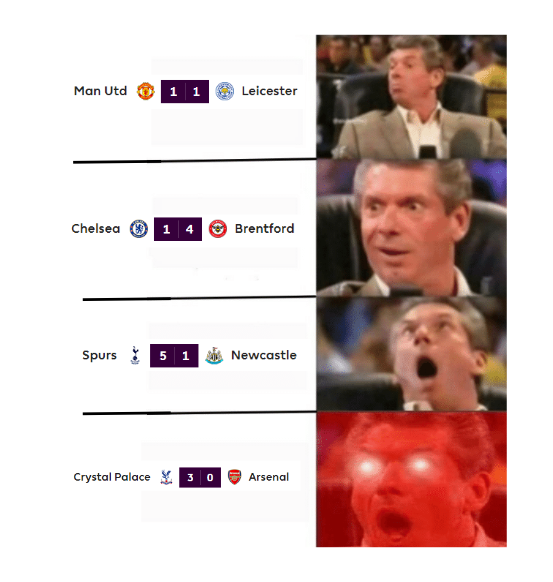 G.Neville - “Woolwich were brutalised by Spurs fan base”

I have also been thinking that while us qualifying for the CL next season is amazing it’s not the most important thing next season for me.

I think the most important thing next season is we need to win at least one trophy. I don’t care which but I need to see Hugo raise one above his head in our colors before he leaves. He deserves it. He has become a Spurs legend.


Hopefully he’ll be fine. The players have a few days off so I suppose Conte is okay with it, otherwise he wouldn’t have gone. He’s probably in Italy himself seeing his wife and daughter no doubt. I’m wondering if Conte might have said to the players before yesterday’s game that if they get a result they could have a few days off?
Click to expand...

Romero has gone bare hand hunting in the in the Serengeti

Lads, just remember that before the season started, we were chasing shit like Gatusso, Nuno, Fonseca, Ten Hag etc. for the job, got rejected by Potter and Conte (supposebly, even though rumours then said that Levy was the one who pulled out of the deal), and got our offer refused by PSG for Poch. Our best player refusing to come to training, and the summer signings being massively underwhelming because we didn't sign a striker. Players that we were chasing like Kounde and Pau Torres straight up refusing to join Spurs because they didn't want to play in the fucking Conference League. The loss to Pacos de Ferreira or whatever they're called, the 3-0 tonking v Palace etc.

Now, we need a point against the worst team in the league to guarantee top 4, we have a WORLD-CLASS, IN HIS PRIME manager that wants to be here, and from every source it looks like we're going to try our very hardest to back him. Not to mention that we can secure top 4 because that fucking Scum bottled it, from running away in january to being 4 pts in front with 3 games to go.


We've come a long way, and we fucking deserve this if we get top 4. COME ON YOU FUCKING SPURS!

Coys1955 said:
Romero needs to get through Brighton without a booking otherwise we lose him for two games. After that he’s OK for the last few games.
Click to expand...

Only way he gets banned is a sending off.

There is no way in this world that Iguana twat is a spurs fan..absolutely no way, how come he hasn’t been rumbled yet?