Good read. I wasn't born when Jimmy Greaves was kicking a football. But until Kane passes his record, Greavsie is Tottenhams greatest striker. The record doesn't lie.

When Tottenham's greatest ever striker is controlled by Seeeergie....

Tottenham Sean said:
Before my time, but Alan Gilzean deserves a mention.
I have heard many say that we should have kept JG and just bought Martin Peters off West ham.It would have been mustard with him just behind Greaves and Gilzean.
Click to expand...

Gilzean is much forgotten now because of the stats of goals scored.

But he joined Spurs to play alongside Jimmy Greaves, and then after Jimmy left he combined with the great Martin Chivers, so no surprise that those two scored most of the goals leaving Gilzean's 93 goals in 343 appearances looking a little shabby......but of course Gilzean's threat made space for both Greaves and Chivers plus a number of assists (before assists were counted) so he certainly helped make their stats better.

Worth remembering too that Gilzean won the Scottish top league scoring 169 goals in 190 appearances when the Scots had real footballers - he played in a European Cup semi final for Dundee, whilst of course Celtic won the European Cup in 1967, so it was a really good league then and far different from today. So without Greaves or Chivers I have no doubt Gilzean's goal contribution would have been a lot higher at Spurs.

But those glanced headers, hardly ruffling the couple of hairs on his head, of which he was the master.....probably have never been repeated.

Fantastic player to have in your side

Rooster said:
Jimmy Greaves is best striker ever for England and Tottenham so far.

But if Harry wins a few trophies with us and breaks greaves goal record he would be the greatest Spur striker ever. Hopefully.

But Greaves will still be England's greatest striker ever. Kane can't touch Greaves in the national team unless he wins a World cup.
Click to expand...

To me Greavsie was and will always be the best

It was a privilege to watch him play with Gilzean

I should have gone to Spurs, they all Loco too!

Greaves is England's greatest ever striker not just Tottenham's.

Can’t believe this lad hasn’t been given a mention 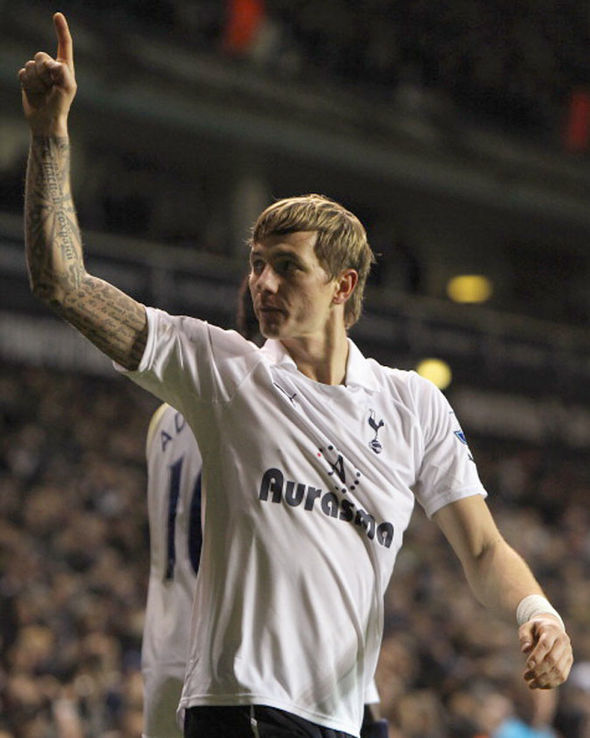 Redknapp: “I signed this Russian lad Pavlyuchenko," said Redknapp. "I said to him, you need to start playing better or I will pull you off at half-time.”

Pavlyuchenko: “Fantastic, in Russia we only get an orange at half-time."

Never thought that I would see someone come anywhere close to Jimmy's record, but if Harry stays, I can see him surpass his total.
I saw Jim play once live, unfortunately one of the few games he didn't manage to score.
But from reading his book, sounds like he was just a naturally phenomenal finisher, wasn't much of a trainer and probably didn't have the healthiest of lifestyles.
On the other hand, Harry works his socks off and makes the best of his talents and is a much more rounded player.
These two are right out in front for their achievements in our shirt.

One striker we had in the 70's who had an excellent scoring record for us, was John Duncan.
Trouble was, he was too injury-prone.
It'll be 35 years tomorrow that I saw us play at Chesterfield in a pre-season friendly.
Had a chat with John before the game. (he was their manager at the time)
He said one of his biggest regrets was leaving us to go to Derby in '78. We had Jonah, Gerry Armstrong and Colin Lee as strikers at the time. He was definitely better than them, and I was certainly surprised that he decided to leave.

Greaves all day long...would love Harry to be a close 2nd

MemphisWill said:
Not much of a market for geriatric strikers, is there?

He may be in a wheelchair but if the crosses were low enough I reckon he'd head a few in.

Hey I'm new here but I've been supporting the lilly whites from the 60s. Nobody has mentioned the great Bobby Smith! It was only Bill Nick stop him scoring shed loads of goals after the double season. Bill wanted Jimmy to be the main goal scorer. So my vote goes to Smudger Smith.

Had the privilege of watching Jimmy Greaves growing up , without doubt the best finisher you’ll ever likely to see . The guy just came alive in the box . Will always be my favourite Spurs player . Just so glad I had the opportunity to watch him play

Oct 68, my first game at The Lane. Greaves hat trick v Leicester.
As much as I love H, Jimmy will always be tbe best.

Bent and Pavlyuchenko up front.

Sheeplover69 said:
Can’t believe this lad hasn’t been given a mention

Redknapp: “I signed this Russian lad Pavlyuchenko," said Redknapp. "I said to him, you need to start playing better or I will pull you off at half-time.”

Pavlyuchenko: “Fantastic, in Russia we only get an orange at half-time."

Pump0293 said:
My favourite striker is Teddy but the best I have seen for actual goal scoring was Gary Lineker.He was superb in front of goal
Click to expand...

Fuck Lineker up the arse with a twirling lawnmower.......
Next!

Supporter
I have to go with Greaves but Harry could take the crown in time (assuming he stays long enough).

Chivers also gets overlooked as well. Probably because he wasn't particularly glamorous & came immediately after Greaves.

In his 8½-year Spurs career, Chivers scored a total of 174 goals in 367 first-team appearances and remained the leading Tottenham goalscorer in European competition for 39 years until he was overtaken by Jermain Defoe on 7 November 2013. He was capped 24 times for England, scoring 13 goals.

Jenny Talia said:
I needed about 10 goes to get Alderweireld.
Click to expand...