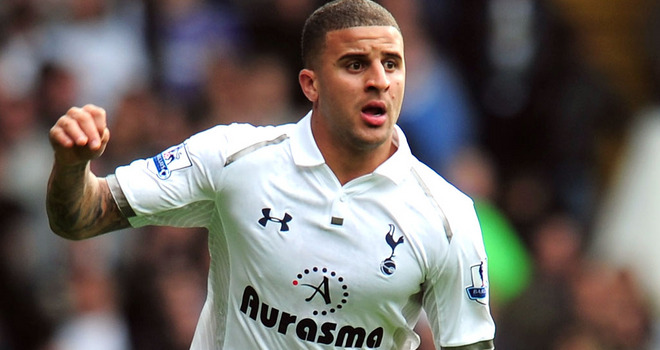 As we approach the final throes of the 2011/12 season, whatever it may bring in the North London title race, thoughts turn to who will inherit Luka Modric’s crown as Tottenham Hotspur’s player of the season. Despite Gareth Bale’s PFA plaudits, the little Croatian thoroughly deserved the honour, leading to a summer of “will he stay or will he go” when Abramovich came sniffing. I feel GB should be denied the trophy this season – although at times he has been the lynchpin of what has made us wonderful at times this season, he has also embodied us at our most frustrating – whether it be down to Redknapp’s tactical naivety or his own wish to emulate Messi’s “false no. 9″ role, his wasteful forays down the right and through the middle have sometimes denied us the attacking possibilities had he been in the left channel. Adebayor & Van Der Vaart have also occasionally displayed flashes of a claim to the award, but are too mercurial. In many fans’ eyes the POTS should go to Scott Parker, which would be roundly deserved for a wonderful maiden year, but in my opinion, there’s one name that should be engraved on the shield, and that’s Kyle Walker. Here’s why.

Although consistency is in his nature, he has had some very poor games. One that sticks out like a sore thumb is the 3-0 defeat at Old Trafford, when he failed to mark Rooney correctly for their first goal. He didn’t have the best of games against Samir Nasri at the Etihad, allowing him to slip through the net on more than one occasion. However, to paraphrase Partridge, he has bounced back each time to produce a barnstorming performance – during the recent defeat to Everton and draw with Chelsea, he was the best player on the field, and capped a brilliant performance with a goal in the abandoned game against Bolton. Also in recent times, he has covered more than ably for the injured Aaron Lennon. In a team that arguably relies on Lennon’s pace all too much, his stand-ins Kranjcar and Van Der Vaart have drifted to the middle, allowing Walker to burst from the back with scintillating runs and crosses causing defences more than a little to think about.

[typography font=”PT Sans” size=”20″ size_format=”px” color=”#222222[/linequote]We have so much more to expect from Walker, who is just hitting his stride now, and whether his position lies at full-back or a Bale-esque remodelling from right back to right wing.[/typography]

When bought from Sheffield United back in 2009 along with Kyle Naughton, Walker was actually the cheaper, rawer component in the deal, Naughton being thought of as the true Premiership quality talent. Although Naughton has done a fantastic job on loan at Norwich this season, Walker has made the right-back position his own. After years of uncertainty (Lee Young-Pyo and Paul Stalteri anyone?), Spurs now boast one of the best full-back partnerships in the Premiership in Walker and Assou-Ekotto, and Walker’s tender age means he can hold the position for years to come. It won’t be the only position he will hold for years to come as…

After the international retirement of Gary Neville, our national right back has been the woeful Glen Johnson. Time and time again Johnson gave dismal performances, yet Capello still persisted with him. With a new manager on their way in, Micah Richards and Walker find themselves fighting it out at the top of the pecking order, and it’s Walker who should prevail. Richards possesses better defensive attributes, but as the old guard starts to be phased out, Walker is better suited to a younger, pacier, more “cut and thrust” style we may see England adopt in future.

After such accomplished displays, it’s hard to believe Walker is only 21 years of age, still with bounds of untapped potential. We have so much more to expect from Walker, who is just hitting his stride now, and whether his position lies at full-back or a Bale-esque remodelling from right back to right wing, this is an exciting time for Tottenham’s oft-unsettled defence, especially with this season’s development of Younes Kaboul and Steven Caulker, who has been a rock at the centre of Swansea’s defence.

Walker’s sole Premier League goal this season may be one of the most important come the end of the year. It may seem like I’m clutching at straws, but attending my first ever North London derby and seeing Walker’s effort fly just out of the grasp of Wojcech Szczęsny was an unforgettable moment. Those three points earned at the Lane could be all important in the race for third, just as important as the game at the Emirates that I’ve managed to blank out of my memory.

So there you have it. In a Spurs team that has wowed and teased in equal measure, Kyle Walker has become the ever-present Mr Reliable, and is undoubtedly among the elite defenders in the Premier League. An unsung hero to an extent, Walker has consistently turned in 7 or 8 out of 10 performances all season, and it’s for that reason, in addition to the others above, that my vote is going to the young Yorkshireman.