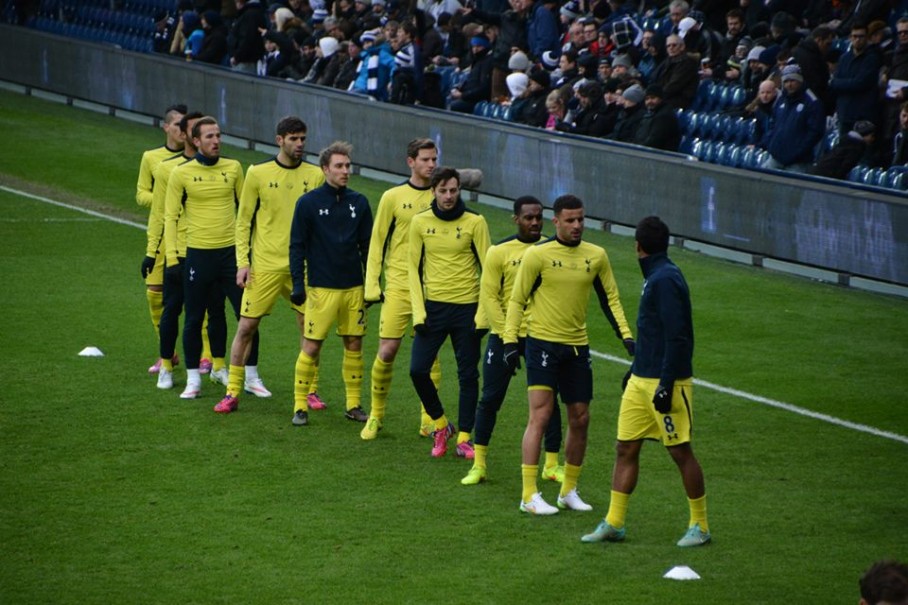 SawboSpur1882 takes a look at Danny Rose, one of the standout players of this season.

The career of a footballer is often baffling. Fernando Torres was once regarded as the most deadly striker in world football – electric pace, dead-eyed cool in front of goal and an on-pitch confidence that bordered on arrogance. After his record-breaking move to Chelsea it all went wrong and despite some important goals back home in Madrid, Torres has become a joke, the ultimate big-money flop.

For four months between 2000 and 2001, Rickie Lambert was working in a beetroot factory, rejected by his boyhood club Liverpool and then again by Blackpool. Twelve years later, Lambert scored with his first touch for England, under the arch at Wembley and the following summer he was part of Roy Hodgson’s World Cup squad.

Danny Rose has never worked in a beetroot factory, nor has he ever been the deadliest striker in world football. Nevertheless, Rose has had a career that has had some delirium-inducing highs and embarrassing lows. It’s been almost exactly five years since the then teenage winger left the commentator squealing with his ‘memorable strike’ in the North London Derby on his Premier League debut. A lot has happened since.

The 2013-14 season was not a total disaster for Rose, there were signs of a good player in there somewhere, but too often that season he was at the centre of Tottenham’s downfall

After setting the bar impossibly high, Rose’s fledgling career took an inevitable downward curve with an unsuccessful loan spell at Bristol City plagued by minor injuries in 2010-11. Then came the next upswing, an excellent loan at Sunderland in 2012-13, where the now fully converted bombarding left-back was named the club’s player of the year. The England Under-21 had forced his way back into the frame for a career at Tottenham, who were in desperate need for a left-back after the decline in both form and fitness of Benoît Assou-Ekotto.

The 2013-14 season was not a total disaster for Rose, there were signs of a good player in there somewhere, but too often that season he was at the centre of Tottenham’s downfall. The standout moment, for all the wrong reasons, was against the same team where Rose had initially exploded onto the scene.The full-back suffered a momentary lapse in brain function, one that proved to be fatal to Tottenham’s FA Cup hopes and particularly Rose’s reputation. He dawdled for an age on the halfway line, before a bizarre and comically poor Johan Cruyff impersonation allowed Tomáš Rosický to kill off the tie with his team’s second unanswered goal of the day.

It was the undoubted low-point of Rose’s short Spurs career, his wonder-volley in April 2010 meant little to the vitriol-spitting Tottenham fans, who saw the mistake as the final straw from a young full-back out of his depth.

These fans, every Spurs fan, got what they wanted the following summer, a shiny new left-back. Ben Davies arrived from South Wales with a reputation that seemed to be the antithesis of everything wrong with Danny Rose – possessing intelligence, a defend-first attitude and a consistently good delivery. What next for Rose?

On the day that Harry Kane fully announced himself to the league with his double against Chelsea, Rose confirmed his spot as the number one in his position

Work hard, listen closely to the new manager and prove himself was the emphatic but silent answer back. That summer, Rose signed a new five year contract. The response from fans on Twitter and other social media was embarrassing, a barrage of abuse and insults formed the vast majority of replies to the announcement.

Neither the left-back nor Mauricio Pochettino took any notice; the new manager trusted Rose to begin the season as first choice. He started strongly, repaying the faith, although not without fault. As Tottenham’s form dipped, so did Rose’s, with familiar mistakes once again creeping to the fore. There was a period when it looked like Ben Davies had claimed his place that many Spurs fans predicted he would take much earlier in the season.

However, on the day that Harry Kane fully announced himself to the league with his double against Chelsea, Rose confirmed his spot as the number one in his position. After just 18 minutes, Eden Hazard embarrassed the full-back in the move leading to Chelsea’s opening goal. A lesser man may have crumbled, but Rose once again overcame his own setback, scoring the crucial second goal and performing with the same relentless ambition that his teammates also displayed that day.

It hasn’t been completely smooth since, there are still poor mistakes and times when Rose is caught out of position. The way he has kicked on since the New Year’s Day triumph though has been sensational. Now one of the first names on the team sheet, Rose was called up for England’s recent games against Lithuania and Italy, but was denied his debut by injury. In the past week, the two big spenders in the Premier League, Manchester City and Chelsea, have been linked with the young left-back. Danny Rose. Chelsea.

The mere thought is ludicrous and likely to be nothing more than rumour, but the fact that it is even worthy of discussion shows just how far he has come. A torrent of abuse has transformed into weekly praise (with pockets of abuse, because that’s what Spurs and football fans in general do).

With Harry Kane being the perfect protagonist this season, playing the archetypal ‘Roy of the Rovers’, local boy done good, the rest of the Spurs squad has been reduced to a support act. Ryan Mason has arguably been Kane’s sidekick with his rise deservedly seeing some of the limelight too. To an even lesser extent, Nabil Bentaleb has been another favourite of those that go to watch at White Hart Lane. Danny Rose technically isn’t ‘one of our own’ – Spurs bought him for £1 million from Leeds United before he’d made a single appearance for their first team. However, he’s still a part of the young group that has recently emerged for Tottenham and despite still having many harsh critics, finally Rose is being appreciated, even if he’s not adored like others.

The club is so often criticised for its soft centre and lack of edge, but Rose would dismiss these claims with a snarl

In many people’s eyes, Rose is dislikable – he replaced the hugely popular figure of Assou-Ekotto, he is still stigmatised for some of his previous diabolical performances and he is often aggressive and abrasive on the pitch. The man hasn’t cracked a smile since that volley on his debut. For me though, that makes me warm to him all the more. He hates losing.

When things go wrong for Spurs, the tackles come in harder, the runs forward become more determined and the anger starts bubbling to the surface. The club is so often criticised for its soft centre and lack of edge, but Rose would dismiss these claims with a snarl.

In Tottenham’s recent collapse at Old Trafford, Rose stood out as the player who just would not let up in chasing the lost cause. He’s not Harry Kane or Ryan Mason, he’s not the local hero. He’s also never been a beetroot factory worker or the world’s deadliest striker. But every team needs a man like Rose.

A man who stands up against the setbacks, who is always looking to learn and who will do anything and everything in his power not to lose. It would certainly do no harm if a few more at Tottenham learnt a lesson or two from Danny Rose.