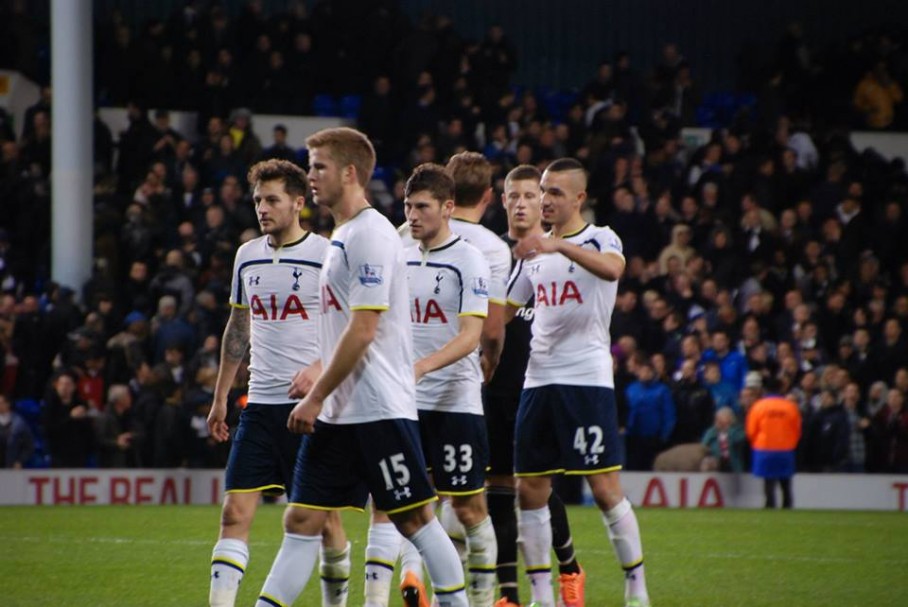 SawboSpur1882 on the forum returns and looks at the transfer saga of 2015. Nabil Bentaleb, will he leave us? Should he stay? Is he any good?

The summer just got much longer. We’ve been long prepared for Hugo Lloris. We’d expected bids for Harry Kane, nothing to worry about there though, he’s happy, we’re happy. But Nabil Bentaleb? Not him. Please, not him. No one suspected our hidden crown jewel to be tapping on the glass of the exit door at White Hart Lane.

It is disturbing to hear that Bentaleb is ‘getting tired’ of contract negotiations and only adds to the discomfort Spurs fans find themselves in this summer with the possible departure of Lloris. It is also worrying that the disquiet surrounding Bentaleb has come so early in the post-season interval; the suitors will be swooping and the tapping may become a pounding as astronomical wages and Champions League football are dangled under the young midfielder’s nose.

The Algerian’s frustration is understandable if negotiations have, as he has stated, been ongoing since September. His weekly wage is reported to be under £10,000 a week; the likes of Étienne Capoue and Paulinho, the men he has outperformed all season, are likely on five, six or seven times that. It’s an injustice and one that the club need to solve soon. At least one of the two names mentioned will likely be offloaded in the summer exodus and a substantial increase in Bentaleb’s wages should coincide; the young man has earned his reward for a truly exceptional season.

Those who don’t watch Tottenham and Bentaleb frequently have no idea of how valuable he is to Mauricio Pochettino’s side. The midfielder is just 20, yet his footballing brain and even more so his leadership go far beyond his years. His partnership with Ryan Mason blossomed early in the season, but when Mason’s influence diminished as the season dragged on, Bentaleb’s stature grew in strides.

It became more and more common for him to take control of games and dictate them – at such a young age in such a demanding position, this is a truly outstanding feat. In the League Cup final in March, as Chelsea slowly eroded all hope of a first piece of silverware in seven years for Spurs, Bentaleb was the one who kept marching forward, kept on fighting until the end, refusing to accept defeat until the referee blew his whistle.

It is so fulfilling to see a player with bite and such a will to win, but there have also been times when Bentaleb’s anger has boiled over

On the final day of the league season at Everton, the Lille-born midfielder was forced to fill in at left-back and performed admirably, with an intelligence and maturity that has become typical. However bold it may sound, ludicrous to supporters of other clubs, even to many Spurs fans, Nabil Bentaleb is just as important to Tottenham Hotspur as Harry Kane.

Of course, the Algerian is far from the finished product. He’s had some disastrous performances at times; his showing in the first half at Anfield was almost comical with the amount of misplaced passes directly to Liverpool’s forwards. He has also been lucky with his temper so far. It is so fulfilling to see a player with bite and such a will to win, but there have also been times when Bentaleb’s anger has boiled over – he was lucky to escape punishment for his altercation with Leonardo Ulloa in Tottenham’s 4-3 victory over Leicester in late March. At such a tender age for a footballer though, there is of course plenty of time to develop and the eagerness he has shown to learn, displayed by the way he has recovered from his worst performances, are a testament to that.

There’s the possibility that the blame for this situation does not lie at Daniel Levy and the club’s feet, but at the extremely talented pair owned by Bentaleb, as well as those of his agent. It is quite possible that a young player is listening to whispers in his ear telling him just how good he is, leading to him holding the club to ransom. It’s happened before and is currently happening again with Raheem Sterling at Liverpool. Of course, we hope this is not the case and that Bentaleb truly does ‘love the club like they [the fans] do’, as the quotes read on Wednesday.

If this is true and his demands are reasonable for a player with such a high ceiling, then the club must ease the anxiety and find a solution, rapidly. He’s not there yet, but if the trajectory of his career continues as it has from his debut in December 2013 then Bentaleb will be something special, something we should be able to cherish for years.

If Bentaleb does leave, it will be yet another giant backwards step for Tottenham in the transfer market

It would still be surprising if Bentaleb is not at White Hart Lane by the time the Sky Sports team put away their yellow deadline day attire for another few months, but if he does leave, it will be yet another giant backwards step for Tottenham in the transfer market. It is unlikely we will find another with the potential for such talent as Bentaleb and the positivity that has come from the outbreak of young, vibrant talent this season will all too quickly evaporate.

To see this happen would be dagger to the heart, very different to those from previous significant departures. The tough little family that Pochettino has built from the youth this season would be split and the pain would be more personal this time.

For our sake Tottenham, don’t you dare mess this up.