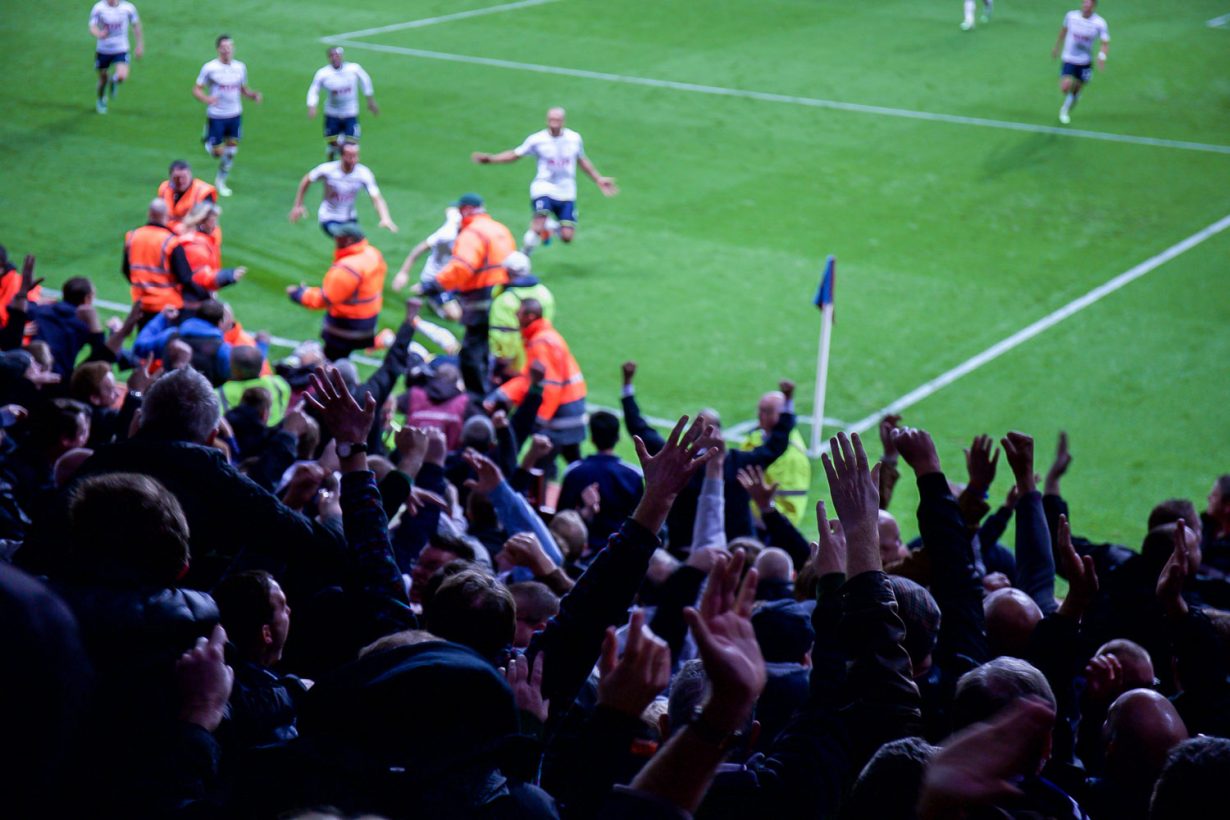 SawboSpur1882 from the forum looks at Rafa and remembers the joy he brought to us all. Van der Vaart loved the thrill of scoring and we loved him for that. Forget his hamstrings, his fitness and his faults, remember the joy.

Rafael van der Vaart understood the joy. The simple joy of the beautiful game. The joy of playing the game, watching the game, pumping your fists after the net balloons, shouting at the top of your lungs in pure, unadulterated ecstasy.

It’s why the Dutchman will always be looked upon so fondly by every Tottenham fan; because despite only being here for two all too brief seasons, it was so clear that he understood the happiness football brings and because he had so much fun playing at White Hart Lane.

He gifted us with beautiful dashes of flair, panache and elegance and he relished those moments along with us, the moments that keep bringing us back to the beautiful game.

Van der Vaart was that kid in the playground, always wanting the ball, but never willing to track back. All that mattered was the rush that came from scoring goals and the resulting explosion of elation that he feasted on.

Back in 2010, at home to Everton, Peter Crouch bundled a ball from the back post to bounce across the length of the goal line towards van der Vaart. Looking back at the vast majority of the midfielder’s goals for Spurs, effortless side-foot passes into the net, full of finesse and expert nonchalance, this one was the complete opposite. With the ball needing the slightest touch over the line, van der Vaart thumped it in as hard as he could. He did it with the excitement of a child because he’d been given the easiest possible opportunity to do what he loves most.

He didn’t care that he wasn’t the perfect modern day footballer. His hamstrings were forever on the brink of disaster and he would rarely last the full ninety minutes, but van der Vaart wasn’t ever trying to fool anyone into thinking he was yet another supreme model athlete in the modern game. He was simply a man with great love for the game and a passion for entertaining.

Nothing else matters, because you’re sailing on a high that nothing else can match when you’re connected to your team

Like the rest of us, van der Vaart is in it for those perfect few seconds after the ball crosses the line, the moment where you forget how much the team is struggling in the table or the heavy workload you’ve got to face on Monday morning.

Nothing else matters, because you’re sailing on a high that nothing else can match when you’re connected to your team and to football in the same way Rafa was.

And so after the short break, fantasy football teams are being constructed, transfer rumours are becoming more sensational and the excitement is building once more. The countdown is now down to just two weeks and suddenly the new football season is starting to feel very real indeed. For people like Rafa, people that live for the excitement of football, the feeling over the next fortnight is electric.

We can all hope for a more exciting season than the last. With the investments both Manchester clubs have made so far this summer, you’d certainly expect a much closer race for the title. The mini league for the top four should also provide more thrills. Woolwich’s business over the next few weeks may decide whether they’re merely in the top four race or challenging for something more.

Liverpool’s erratic spending may turn out remarkably, but could just as easily be comically disastrous. Spurs now have a solid platform to build from under Mauricio Pochettino and should provide a firmer challenge than last year should their savvy transfer business continue. Southampton, Swansea, Stoke, and Everton may even present some challenge, adding further to the enticing conundrum.

Bournemouth, Watford and Norwich are going to bring some colourful fun to the Premier League and it will be intriguing to see how Steve McClaren fares at Newcastle. The unpredictability of the bottom half of the table brings interest to see who else will be dragged into the basement battle; we can all hope West Ham crown their time at the Boleyn Ground with a relegation party.

The pre-season friendlies are in full swing and the pictures of the players in the shiny new kits are being broadcast over all sorts of social media. Every day we come closer to seeing the players we’ve debated about over the summer months kicking that first ball on the gorgeous fresh grass. Soon the rain will be pouring, Spurs will be stumbling to a 1-0 loss at home to relegation fodder and the moaning will be back in full swing.

But the good times will return too. That initial buzz you feel as you hear the crowd noise echoing through the concourse will soon be restored to our lives. Soon the sparkling nights under the floodlights at the Lane will be ours for another season and whole new memories will be made. We’ll have that perfect moment back, the moment Rafa loved when the ball nestled in the net and the fans rise up as one in the brief flash of uncaring, blissful delirium. The moments we live for are just around the corner.