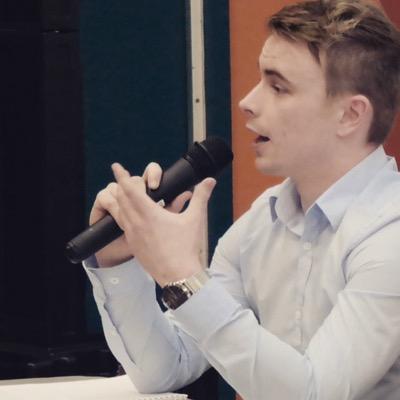 Earlier this season, when I came out of White Hart Lane after our 2-2 draw with Stoke, I was unbelievably aggravated. It wasn’t just our lack of strikers, Lamela continuing to underwhelm, or throwing away a two-goal lead (although none were particularly enjoyable). What was really playing on my mind as I made the sad trudge back to the Seven Sisters tube station was our fans.

Much has been made of our home support, and the Stoke game was the first time I’d really encountered the armchair fans with tickets that our ground seems to bring in.

There was no singing; there was no clapping, there was no passion, there was nothing. Our silence was deafening, a fact only amplified by the Stoke fans that day, who were (amongst other things) passionate to say the least. The whole thing made me feel bitter towards fellow Spurs fans.

It’s sometimes silly to get overly grandiose about the game, and its role in British society, but football is so clearly an outlet. Thousands of people every week can’t wait for that 90 minutes, where they can forget about their crap job, their crumbling marriage, the kids and let it all go to focus on supporting their team.

To stand there with like-minded people, who just want to sing songs and support their team feels anything but manufactured

To me, singing is an integral part of that support. In a country where men (particularly the sort who tend to watch football) are encouraged to not be soft, or show their emotions, it’s a fantastic release. It might be bit cliché, but singing songs together at a ground brings people closer together. It brings you together not just as a fandom, it makes you feel more passionate, it makes you care more about the team and it makes you a stronger supporter.

I went to my first 1882 last night. I listened to the podcast, heard the words “singing at football, imagine that” and bought my ticket immediately. I sat in block 35, and waited with skepticism.

The singing started when the match started, and continued long after the final whistle blew. It was amazing. 1882 apparently receives criticism from people that it’s somehow manufactured or artificial, but I just can’t see it. To stand there with like-minded people, who just want to sing songs and support their team feels anything but manufactured. It feels infinitely more genuine than people sitting there taking Snapchats or turning their back on the pitch and getting a selfie, that’s for sure.

I’ve mentioned the connection between singing and support a few times, and for good reason. When Qarabag scored a penalty on the 7th minute, it could have so easily taken the wind out of our sails, but the voices didn’t even falter. If anything, the chants of Tottenham were just reinforced, as if to say, “Nope, we’re in this together.”

We could have lost last night, and I’m quietly confident that I’d have made that walk to the tube with a grin on my face. The atmosphere, the noise and the connection I felt with my fellow fans was so brilliant, and so special that if Spurs had slipped up, it wouldn’t have mattered. I’d have gone home as a Tottenham fan, and proud to be one. How could you not after being able to unleash such passion surrounded by other people doing the same, with no judgment, just matching enthusiasm? We were connected as a unanimous identity.

The atmosphere, the noise and the connection I felt with my fellow fans was so brilliant, and so special that if Spurs had slipped up, it wouldn’t have mattered

As if to prove it, I missed my stop on the train home. I spoke to a bloke (Ruean) getting off at the next station and within thirty seconds we worked out we’d both been to our first 1882. He gave me a lift.

1882 is unfortunately necessary in the modern game, because for a number of reasons, singing seems to be slipping out of the stadium. But while it remains necessary, then it’s a phenomenal thing to have. I can’t recommend it enough.

It’s an antibiotic for disillusions with the modern game.

Oscar Stephens-WIllis is a journalist based out of London & Seattle.

Previous Article
What next for Hugo?Next Article
The rise of Eric Dier