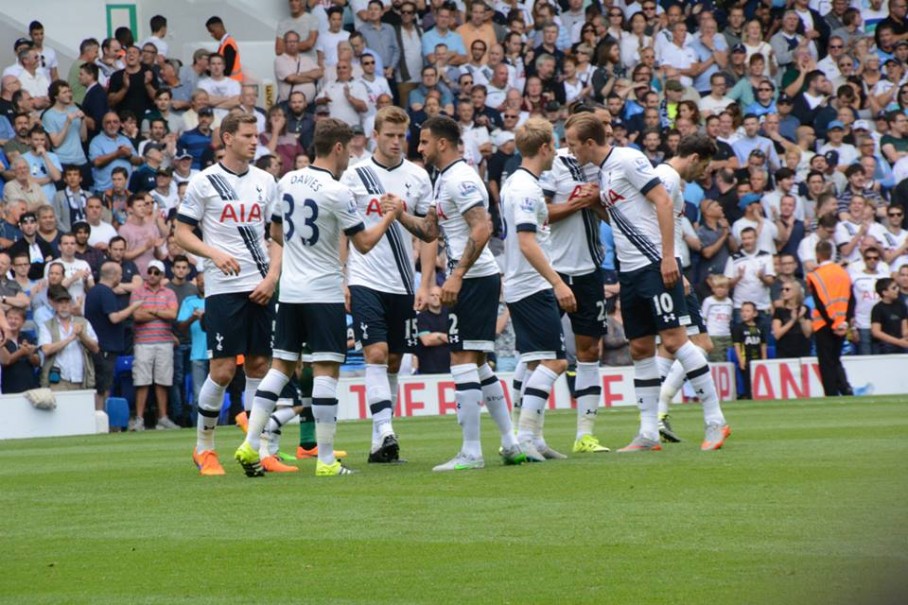 James Forster makes his debut on The Fighting Cock by taking a look at our season so far and the direction the club is heading in.

Amidst the fast paced nature and chaos the football world provides, quietly, a refreshing and methodical philosophy has slowly started to be implemented at Tottenham Hotspur Football Club. It’s a philosophy that fundamentally underpins the importance of youth and values the principles of hard-work and dedication above all else.

Mauricio Pochettino is slowly transforming Tottenham. Our record this season speaks for itself: 10 matches unbeaten; third best goal difference in the league; second best defensive record; the list goes on. All with the youngest squad in the Premier League. This start to the season reflects a long term strategy and plan, one in which is feasible and can only be positive for the future of Tottenham Hotspur.

He’s a man who is not afraid to take a risk; for instance, look at the dramatic rise of Harry Kane and Dele Alli. Alli could have been easily overlooked because of his age and inexperience but instead Pochettino has given him an opportunity. We have solely benefitted from this; Alli brings a swagger to the midfield and most importantly has shown he can chip in with goals.

This start to the season reflects a long term strategy and plan, one in which is feasible and can only be positive for the future of Tottenham Hotspur

Another remarkable story this season has been the growth of Eric Dier. Cool, calm and collected, Dier looks a natural in front of the back four and has added much needed urgency to the team. The passion he shows for the shirt is refreshing and as fans he seems a player we can really relate to. The decision to play Dier in defensive midfield during preseason was highly scrutinised by many fans, in hindsight, maybe this manager knows a thing or two.

There seems to be a cohesive understanding throughout the whole club, from the boardroom to the training ground. Everyone seems to be on the same page which can only indicate good things for the future. Pochettino’s methods have brought a stability and calmness to Spurs, something that was needed after the mess the club found them in following the tenures AVB and Sherwood. Spurs have an identity again.

Our once erratic transfer policy has been overhauled. The signings of Toby Alderweireld, Heung Min-Son and the aforementioned Alli, all indicate that Paul Mitchell is the right man for us. These players have hit the ground running and have instantly improved us. Again, there seems to be a clear strategy and framework to work from.

With patience I believe we will see good performances more and more frequently; this is a young squad, one that is full of vibrancy and vigour but one that will also make mistakes

With all this positivity surrounding the club there is still work to be done. Pochettino is the first to know that. Constantly commenting that they can improve further, Poch has big standards for the players to reach. If top four is to be achieved, there must be more consistency. Fans demand it. With patience I believe we will see good performances more and more frequently; this is a young squad, one that is full of vibrancy and vigour but one that will also make mistakes. We have to remember that and give them time.

The fruition of Pochettino’s tenure is beginning to show. The much talked about philosophy is clear to see. We won’t always get the results we crave but I think we are seeing enough to be truly excited for the future. We have a new stadium to look forward to and a young squad that will only get better under the guidance of a very promising young manager. As the famous saying goes: “The future’s bright, the future is lilywhite.”