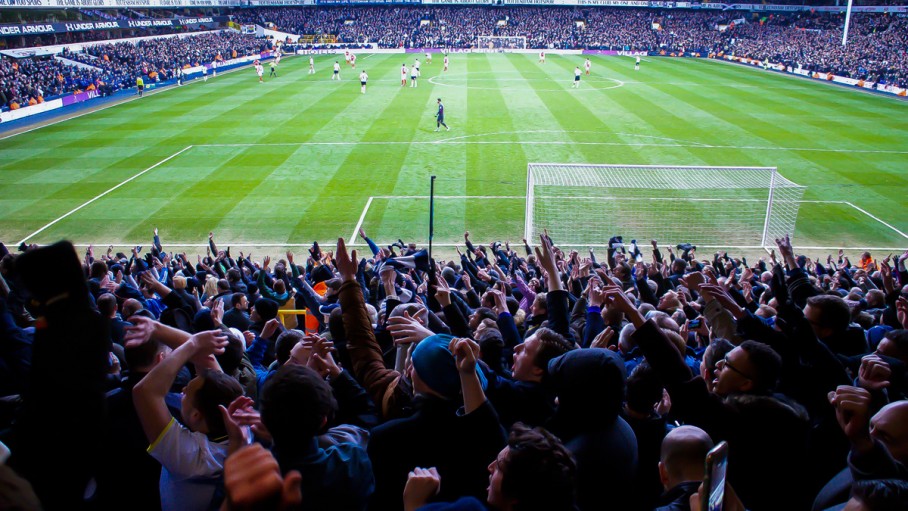 James Harris talks about the North London derby and what it means to hate.

Never hate a team. You can dislike them, want them to lose, but you shouldn’t ever hate another team. Football isn’t important enough to hate.

This was the lesson one teacher tried to teach a group of us seven year-old boys back in primary school. It remains one of my most vivid memories of my time there and being in a class more or less split between Spurs and Woolwich, it was particularly relevant.

She understood our love for football, she encouraged it, being an ardent Villa fan herself. But she didn’t want us being brought up with feelings of disgust and spite over something that pales in comparison to other hatred in the world. Being the only teacher interested in football made her a favourite for many of us and so we took note at the time.

I was taught the holy virtues of being Spurs, mostly by my father. That lot are the enemy. They invaded our patch, they bribed their way into the league and they have Judas

Poor old Mrs Hendry, her peaceful words of wisdom would inevitably be futile. It’s not a choice to hate Woolwich, it is a natural, instinctual feeling that swells as you grow older. There’s so many reasons that can be reeled off as to why it is this way, but in the end the hate transgresses reason.

Growing up, I was taught the holy virtues of being Spurs, mostly by my father. That lot are the enemy. They invaded our patch, they bribed their way into the league and they have Judas. Everything about their club comes from underhand, conniving treachery. The basics.

After that, the stabilisers come off and you start to learn from experience why they’re scum and that’s when the hate transforms from ‘because dad said so’ to real, burning, angry loathing. Ironically, it was the same year that Mrs Hendry attempted to maintain our innocence that this feeling first festered in me.

I’d already come to terms with the fact that Spurs weren’t very good; that was fine with me – even at my tender age I knew there was no changing sides. Yet, in the first season that I really followed from start to finish, Martin Jol’s Tottenham were creating something special. In that wonderful kit with blue sleeves, King, Carrick, Keane and co. were doing what I had been told was impossible, breaking new ground and steamrolling towards the Champions League.

Then all of that optimism was ripped away as I sat helpless, studying the teletext for the latest scores as our lasagne-stricken soldiers fell. We’d been denied our dream finale by that lucky, dirty, cheating lot and I’d never felt pain, injustice and pure, unadulterated hatred like it. School became a miserable toil for the next few days and so the animosity pulsed harder.

Just ten days later I enjoyed the feeling of revelling in the despair of your rivals for the first time. I celebrated Juliano Belletti’s late Barcelona winner like it was Spurs when he denied Woolwich their first Champions League win and in the following week at school I gleefully lapped up the sweet taste of rival dejection.

Football, and in particular the day-to-day rivalry with my Woolwich supporting classmates, became an even more addictive drug from that point on. Nothing quite feeds the hatred like spending every single day with one of them. The arrogance, the snobbery, the self-entitlement and their infuriatingly narrow-minded views on football.

All that matters to them is winning. Many have no idea about how they came to reside in North London or the top division and those that do simply don’t care. It’s incomprehensible that you could possibly be a part of something so plastic and so corrupted and have absolutely no self-doubt. Something is wrong in their make-up. You can’t be a morally sound human being and happily be a part of that.

All of this comes out in their individual actions. I remember the hell I endured on one school trip during the Juande Ramos catastrophe. For the entirety of the two-hour coach journey, the Woolwich fan sat in front ridiculed and teased and stripped me down and with every argument I threw back (admittedly, they probably weren’t very good ones when I was ten) he would just laugh in my face and remind me of our then current plight. Still I can picture his arrogant little face and still I wish I could punch it over and over again.

It’s this though that makes everything so much better when we beat them. It’s this that makes it so important to win when we play them, because the thought of losing is too much to bear. It’s this, above all the other reasons that makes Saturday so very important. The hatred that you’ve learnt and the hatred that naturally grows is what makes a win against them better than any other feeling in the world.

My first taste couldn’t have been sweeter. Not only did I share a classroom with so many of that lot, but I also had one living at the end of my street. His particular jab was at how long it had been since we had beaten them. I’d never even seen us beat them. And then, with one swing of Steed Malbranque’s leg, all of that pain was decimated.

Since then, I’ve been indulged with that feeling more regularly. Lennon, Rose, Kaboul and Bale have all provided that perfect feeling of giving a big ‘f*ck you’ in their detestable faces.

No one cared about three points. It was all about beating them. It was all because of hate.

And then it went up one more level. Every feeling of hatred that burns in you, every moment of joy you experience is eclipsed by experiencing that moment live for the first time. And last year I finally went and saw us play them at White Hart Lane.

Every minute that ticked by, I thought of how unbearable it would be to see them win, intensified ten-fold when Mesut Özil gave them the lead. The more pressure we applied and the more chances we created, the more the feeling came that we just can’t let those people leave here today with a win.

That’s why Mrs Hendry was wrong. Because when the moment came and Harry Kane uncorked the bottle, the feeling that exploded out was indescribable. The 85 minutes of torturous, nervous tension was all made worth it for that feeling that transcended words.

No one cared about three points. It was all about beating them. It was all because of hate.