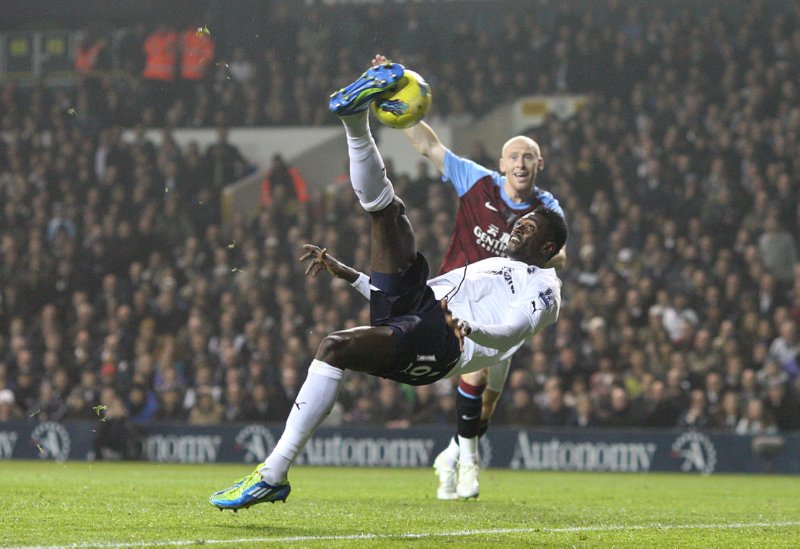 Born in North London but raised in Africa, student Hanik Kotecha, talks about his love for Spurs and whether he's able to change his relationship with the club.

The joys of being a fan without a membership. Especially considering that this is our last year at the Lane, it may be impossible for myself to get into the stadium for a league game. Unless I find a ticket on Twitter or make a friend who happens to be a season ticket holder.

Of course, I could go to the web and look for a tout or even dare I say, Stubhub. There will be some of you asking; why don’t I just go and get a membership. They are not the most exorbitant price in the world. While that may be a simpler solution to my issues, I don’t have the money to attend enough games that justify spending that amount of cash, even though it may be trivial to most people. As a student, going to Tottenham is a luxury that I equate to going to the Savoy or the Ritz.

However, I still try and make a journey every year. Becoming a member would also change my relationship with the club. Currently, if you asked me what I would post on social media describing the bond status between Spurs and myself. I would post: in a relationship. Nothing more formal than that, we would just let our friends know that neither of us is going to part. All relationships start somewhere, so I’ll tell you about mine. It’s an odd beginning but aren’t the best moments of life just preceded by the words: why the hell not. I didn’t grow up in London, or nearby for that matter. So why am I madly in love with Spurs?

As a student, going to Tottenham is a luxury that I equate to going to the Savoy or the Ritz

My first trip to White Hart Lane was a school trip (I know; what school organises a trip to Tottenham?). I was among non-Spurs fans (my classmates), in the upper half of the North Stand. What felt about 2-3 miles away from the pitch. It didn’t matter. I was at White Hart Lane. Steeped in glory and history. Where the greats of Bill Nic and Maradona had been, let alone the countless other heroes.

The match was Spurs vs. Villa, final score: Tottenham 2-0 Aston Villa. Adebayor scoring a scissor kick for the first goal. He scores a second but I don’t remember how. This was the year after the Champions League adventure. I saw the likes of Modric, Bale, VdV and the King, all grace the Lane. After being a fan for over a decade, I managed to complete my first pilgrimage. It will stay with me for the rest of my life.

I’ve managed to go to two other games, one against Nottingham Forest (with Mason’s screamer into the top corner) and the other being against Qarabag. I’ve also never seen Tottenham not win (a record which will probably stay intact as I can only imagine going to the Gillingham game).

My pilgrimages to the Lane are always among the highlights of my year. Going to the cup games on the weekday nights provide me with ecstasy. The chill that creeps up one’s spine as you walk down Seven Sisters. The pregame pub ritual. Chatter about the team sheets and wondering why is one player starting over another. The singing and joyfulness, in place so drear (let’s face it, Tottenham High Road is a sh*thole). Finally, there are the intangibles, which can only be described as ineffable. I’ve also been lucky enough to go to Spurs after the mid-table battles of the early 2000s.

After being a fan for over a decade, I managed to complete my first pilgrimage. It will stay with me for the rest of my life.

The main reason for not going to more games before as a kid is that I grew up abroad in Africa. Where everyone supports the following: Liverpool, Manchester United and the Scum. When Drogba joined Chelsea, you did start to see support on the continent for them. And more recently, Manchester City fans have started to appear. Just suddenly sprouting up. So why am I a Spurs fan?

A few reasons, first off I was born in North London. I found Wenger to be creepy as a kid (I’m not joking). My grandfather liked the club, but he has never attended a game or actually cares about football/sports. More importantly and more bizarrely, a video game. The second PS2 game that I ever got was FIFA 2002, and this is where I developed my love of Tottenham. My best friends were United fans and I had to play against them almost daily. Me being me, I had to pick a worse team (ratings wise) and win to prove how superior I was at FIFA than they were. I know that this was a childish attitude to have, but I was a child back then. I started to play with them by myself so that I could learn the ins-and-outs of the team. How to exploit all aspects of the team, so that I knew who to pass to and what style was best suited to win. Spurs had definitely courted me by this stage.

There is also the rivalry with Woolwich. I have a visceral hatred towards the whole club and almost everything associated with it. It’s not clear why I am so primal about this hatred. I did not know the history of between the two when I first started supporting the club. I was just told that we hated each other. So I did.

I became the model African child. I became a child soldier. At every opportunity to bad mouth the Scum, I did. Called out their supporters. I hated their guts. I heard a person praising their style football; I stopped speaking to them (or reduced it to the bare minimum). When they got a sponsor, I stopped getting items from them. All I knew: that I was a Spurs fan and nothing was going to stand between myself and my club. While some will see this as being silly, which I agree that it is, it does bring a sense of unity with something bigger. Pseudo-Religion? No, this is a much deeper passion.

Tottenham has provided me with a second family. When watching games abroad or even in London and then you spot another Spurs fan through the thicket of people. There is that instant bond with a complete stranger. You feel compelled to like them. How can they be a bad person? They support Tottenham. What’s not to like?

During my time working for Institute of Social and Economic Research, I had to sign up students to surveys. I would start chatting to them as they would fill out their details. As a Tottenham supporter and a self-proclaimed extrovert, I would ask people what their interests were (while they were signing up for the surveys) and eventually football would come about. When I met a Spurs fan, I got to know them more. The world was a brighter place. I’ll see them later in the year and we would exchange that sup nod of respect. We didn’t know each other’s names, we didn’t know what the other studied, we knew that we were brothers and sisters.

With no formal paperwork, the club and I are still this pair of young lovers. As though at any moment it could all just disappear with a fling

Every time I met an Woolwich supporter, I would question their abilities to fill out their own forms and say some words, if heard by my bosses, that would get me fired. I was unprofessional. I didn’t care if it meant having a go at Woolwich supporters. It’s hard to respect someone if they have failed to make a basic life decision. So while I’m inseparable with the club, the relationship is still an affair. With no formal paperwork, the club and I are still this pair of young lovers. As though at any moment it could all just disappear with a fling.

I’m not part of any overseas member clubs. Probably not going to happen as I move to London. I’ll be attending more games in a season than ever before, though beating one was never going to be that difficult. However, by becoming a member and spending more money to attend games, our relationship will start to change. Will the nights be just as passionate? The inevitable result of me expecting more, the slight loss of grandeur of going to Tottenham. Will the magic disappear?

Probably it will reduce, but not gone. That’s the beauty of football, it’s a love affair. It has its up and downs. This is what makes the most cliché sayings true, it’s a rollercoaster affair. Luckily for me, my wallet will keep it as an affair; before I can settle down.