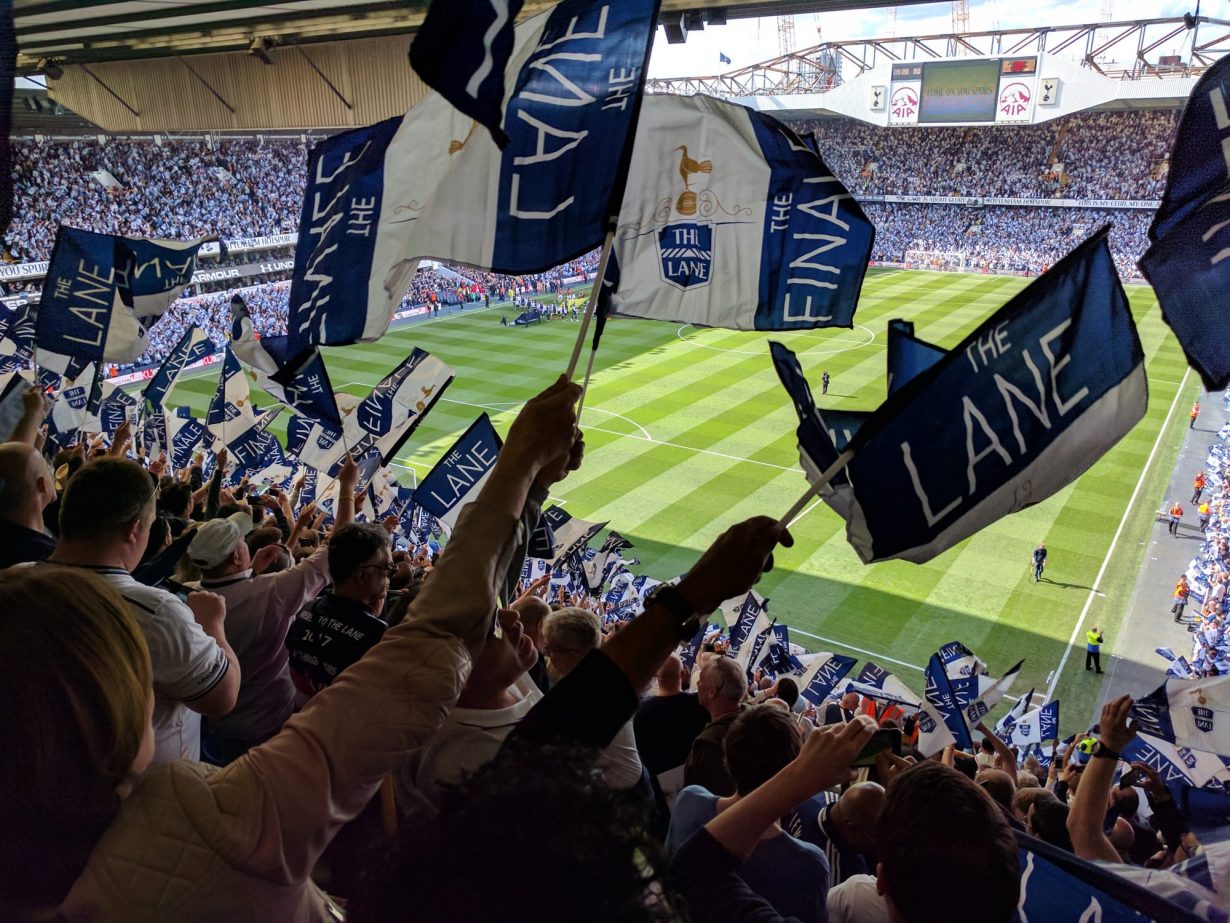 Missing his regular pre-match journey, Sam Marlow took a detour on the way to Wembley to some familiar stops.

Last weekend before the Everton game we made a little pilgrimage to Tottenham. The usual pre-White Hart Lane ritual, but this time it felt different. Without a game to take us to N17, I was very conscious of how Tottenham is a totally different place without Tottenham Hotspur.

As the empty train pulled into Northumberland Park station, I thought about all the times I had made this journey before. But instead of the usual pre-match hustle and bustle on the train, there was an elderly lady struggling with her mobile phone, and a single mother with a crying baby. Tottenham seems like a very ordinary place, so far removed from the shiny glass of Lilywhite House and the supercars of Spurs’s international stars.

Tottenham seems like a very ordinary place, so far removed from the shiny glass of Lilywhite House

We walked down towards the Park Lane, but the skyline looked empty. Instead of the view of the Shelf side and the Park Lane corner, there is a line of shipping containers which signifies the entrance to the building site.

The pre-match walk to the stadium has always been an important part of our match day ritual. Up until this season I have always gone to football with my dad, but the logistics of Wembley have taken that away from me. It was nice to have this tradition again, even if it was for one game only. The conversations were still the same: starting line-ups, transfer rumours, memories of great games of the past.

As we continued on our pilgrimage, the new stadium came into view. It looked so out of place, especially given the history of the area. We stood and watched the builders work for a good ten minutes, in total awe of the scale of the project. Progress certainly, but also it felt a bit uncomfortable.

The next stop on our pre-match tour was the kebab shop along the high road we always went to. Memories of rushed shish kebabs before European nights, or long lunches with a questionable Cypriot beer before a 3pm kick-off came flooding back. The kebab shop was empty, whereas usually the queue goes out the door. We chatted to the guy who behind the coal pit fire. Endless weekends have been spent in that place. He was uncertain about his future and the future of his area. It is strange to think we see him more often than some family members without ever knowing his name.

I remember the first game I went to at Wembley this season, feeling very out of place and full of dread

After this, there was only one place left on our tour: The Antwerp Arms. Even this place of cultural significance has had a make over. There is no longer the garden out back, with a smart extension. The pints were even served in glasses rather than plastic cups. However there were still relics of a different time in that pub. Before the long journey up the Seven Sisters road to get to Wembley I took a quick trip to the toilet. There were two blokes in the cubicle, and one very shifty looking man guarding the door outside. All three came bundling out looking very lively. As much as White Hart Lane has been taken out of Tottenham, the Tottenham will never be taken out of N17.

All this seems like a lot of hassle to go through. A big detour to look at a building site and go to a pub with some drug addicts. But it is more than that. These rituals have been a part of my life as a Spurs fan for as long as I can remember. Listening to my Dad’s memories of going with his Dad and Brother. Seeing the pictures on the walls of the Antwerp of the greats. All these things you can’t put a price on, as much as the Premier League era of modern football would like to.