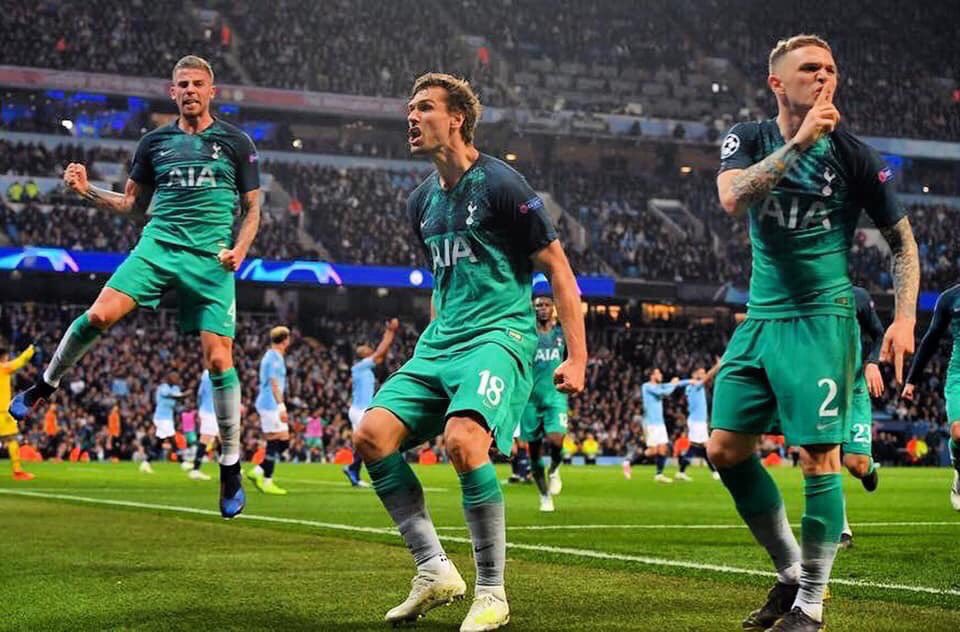 The end of the 2018/19 season feels very much like the end of a (really long) chapter. It feels like somehow we just might have finally smashed the glass ceiling. In truth we haven’t played our best football all season. We’ve appeared at times to be playing within ourselves. But with the new stadium and that amazing CL campaign behind us, it feels like something has changed forever.

It’s understandable to be disappointed after the CL final and to forget that it wasn’t that long ago when the most exciting thing about being a Spurs fan was whether we’d be in the top half or the bottom half of the table. Easy to forget for some, the 17 or so long years spent in the shadow of Woolwich, however much we try and deny it. But now…Things are different, it just feels like we are finally on the cusp of something very special.

I’ve been a Spurs fan since I was a small boy in 1976. Yes, my first season as a fan saw us relegated from the old First Division. Should that have been a warning? A prelude for the heartache I would suffer over the following decades? Probably, but then I would have missed out on the instant promotion, followed by those halcyon early days of FA Cup victories and watching that Ricky Villa goal live on TV. I would have missed out on peering through the barriers a few feet away from the commanding Stevie P marshalling our team. I would have missed out on going to my first cup final, that 1984 UEFA Cup win and my first real taste of the intense excitement and emotional outpouring of wining a final. And that night at The Lane showed me what it was to be a winner. But of course, we did it in a dramatic, buttock clenching fashion, but that was the point. This was Spurs.

Ours was / is not to do things the easy way. We don’t cruise to victories, we win with edge of the seat drama, riding a rollercoaster of joy, despair and frustration. We more often than not fail where others succeed, but it’s the journey rather than the destination that matters as this season’s Champion’s League campaign has proved and no one can take that away from us.

After 30 seconds of our first CL final, like most Spurs fans, I knew the game was up. Three weeks of hope and excitement dismantled in 30 seconds by a typical Spurs failure to avoid a simple mistake. But in that moment it somehow didn’t matter. This has been the most joyous and emotional season I can remember since those early days of being a fan.

It’s easy to forget that this team, this manager, this club has given us the best few seasons of our lives over the last few years. Yes, the team has weaknesses, man, the club has weaknesses, but this is a team of legends, a team that we will all remember the names of into our old age. We are not talking about the way we recall names like Ryan Nelsen but the way we recall Gazza, Bale, Klinsmann, Hoddle and Ardiles. This team will be remembered for all the right reasons.

And this season is the one we will all remember too, not in the way we recall Lasagne Gate or Pedro Mendes. This season will be remembered for the positives not the ‘what ifs’. Although part of me does think ‘what if’ we could have pushed a little harder, in that final. Liverpool were there for the taking, no? But one cannot linger on those thoughts for too long before we are reminded that Spurs have given us a hell of a ride.

An injection of new signings will push us forward. I don’t want to see Eriksen go, but to be honest, we all know he has to get rid of his Scandi cool and get some passion and some energy into his game before he turns into a more likeable version of Ozil. So, if he goes and is replaced, I’d be happy with that. Even Toby leaving would not be disastrous although it would be a shame.

Hold on to Poch and most of the team and we can all be fairly certain for once that this is not a false dawn. We finally have hope for the future and it looks Lilywhite.