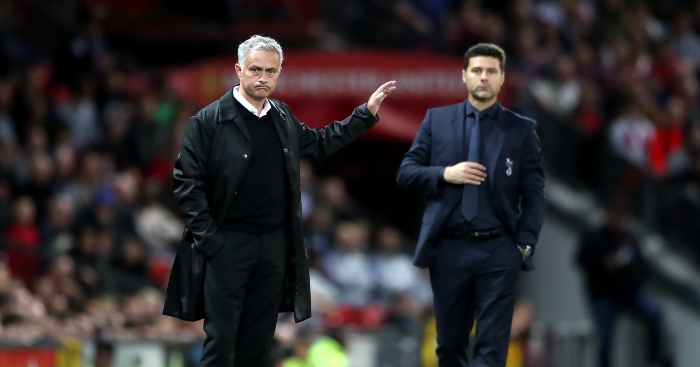 One of Pochettino's biggest strengths was his loyalty and passion for his players and in the end, it came back to bite him.

The last five years at Tottenham have been an unpredictable, emotionally draining, rollercoaster ride that the likes of N17 has not seen for many years.

A false dawn of Andre Vilas-Boas was followed by Tim Sherwood’s chaotic six-month tenure. When Mauricio Pochettino arrived at Spurs as the new head coach back in May 2014, the prospect of Spurs eventually challenging seriously in both the Premier League and Champions League seemed far fetched for even the more optimistic supporter.

Pochettino’s reign at the helm is one that has created a catalogue of unforgettable moments and memories. From the opening day last-minute winner at West Ham, the last ever season at White Hart Lane, to that night in Amsterdam.

After a series of underwhelming seasons year after year, Pochettino’s Spurs laid a blueprint down to the rest of the Premier League that with smart recruitment, a clear philosophy with players who buy into the ‘project’ – the heavyweights of the Premier League can be breached the authentic way.

On the day that Spurs bid farewell to White Hart Lane, legends such as Ardiles, Hoddle, King, Mabbutt, Perryman, Villa etc took to the field as fans had the opportunity to worship the iconic names that have become synonymous with the club just one more time.

The Spurs team made their way from the tunnel to the pitch to share the field with icons from yesteryear. And as the likes of Alli, Eriksen, Kane, Son stood in unison with heroes of the pitch that had been shared for over 100 years, there was a growing sense of inevitability that this team would go down as one of the teams in the great history of Tottenham Hotspur.

A sustained period of success that had deserted the streets of N17 for years upon years, seemed set to be welcomed with open arms and a warm embrace. But what at the time looked to be a story set for an inevitable romantic finale, would, in fact, end in heartache.

They say you either look for the glory or you dance in the void. Mauricio Pochettino’s Spurs tenure was the most emotional, proud, and sentimental void that a Spurs fan will ever dance in.

As a young man learning the way of the world, Pochettino for me embodied more than just a manager, a genuine role model on how to conduct yourself in the real world, a role-model in every sense of the word.

The notion of a free-flowing attacking, committed and hard-working set of players, that seemed to share a similar notion of affiliation that we as football fans have been lovelessly brainwashed into from an early age was the soundtrack that I never wanted to end. A soundtrack I could have danced to until it hurt.

Pochettino’s period at Spurs was a success, and to suggest that no trophy to hold at the end of the season would suggest otherwise is false. However, if you take away the sentiment and the outpouring of emotion that surrounded Mauricio Pochettino, things had become outdated.

The truth is maybe the blame should be shared.

One of Pochettino’s biggest strengths was his loyalty and passion for his players and in the end, it came back to bite him. The magnitude of Spurs’ rebuild now is emphasised by the number of players edging towards the end of their cycles at the top level and the lack of competition to mask the decline.

However, it is no secret that Pochettino often had to settle for alternatives to his top targets, dating back from Stambouli, to N’Jie, to Nkoudou, to Janssen. Football is an elitist industry that requires ruthlessness, especially at the level Pochettino and his side intended to strive towards.

Even at the peak of Mauricio Pochettino’s powers at Spurs, can you honestly say that if Alli or Kane or Eriksen were injured or had dropped their standards were they ever in danger of losing their place?

Would N’Jie really be able to push Kane?

Would Onomah really be able to push Alli?

Let’s be honest the answer is no.

The signings of Giovani Lo Celso and Tanguy Ndombele had created genuine optimism, and these were a statement to the rest of the division, that the team that could but haven’t, were to become the team that can and will.

Whilst I still think both additions are exciting and have the potential to be great signings, this calibre of signing is perhaps two or three seasons too late. Mousa Dembele is a name that will become synonymous with Mauricio Pochettino’s Spurs side. But should he have lasted as long as he did as a mainstay in the starting eleven?

During the 2017-2018 season, Dembele had struggled to reach the heights of the previous campaign until around January where his brilliance helped Spurs through a very challenging start to 2018.

By the 2018-2019 season’s opener, it had become clear the incredible standards that had been set by Mousa Dembele in the past were no longer reachable (consistently at least) for a 31-year-old midfielder that had struggled with injury throughout the previous 12 months.

A lack of vision and planning for the next cycle have made Pochettino and Tottenham’s falloff increasingly hard to take. I love Pochettino, I am not ashamed to admit it.

But in hindsight, looking through the cold, hard, tunnel vision lens that modern football has become, he had to go.

The situation had become untenable, and regardless of how or who led Spurs down the rut that we as fans had found ourselves in by mid-November, we had to get out of it.

A side looking for verification for five years of hard work in the form of some silverware?

Looking for a big name to lift Spurs to the next level?

A name that was available with experience of making good teams great?

A Chelsea legend who had previously used Spurs’ name as the punchline, a person who vowed to never manage Tottenham, why? Just why? Why Daniel?

Well, if you could look beyond the Chelsea connections and look at the cold, hard, emotionless facts, José Mourinho is one of the best managers of all time.

A flattering resume which boasts more trophies in his 20-year managerial career than we as a club have managed in our almost 138 years as a club.

The man knows how to win trophies.

On paper, the move makes sense.

However, with success comes sacrifice.

The free-flowing, high-pressing, sharp, attacking football that as a club Tottenham had become synonymous with for the past five seasons would come at a cost.

For now, style and substance would be swapped for a potential glimmer of glory.

The initial honeymoon period of José Mourinho’s Spurs career consisted of lots of goals, whilst the pre-conceived notions that follow Mourinho’s football seemed to be fading away, there seemed to be a slight problem.

The pre-conceived notions that follow Mourinho’s football were fading away. Mourinho’s water-tight defences had been highlighted as one of the potential quick fixes to get Spurs back on track, but..where was it?

At the peak of Spurs’ new-look ”Mourinho-ball” the front four were beginning to find rhythm, fluidity and most importantly the back of the net.

Attacking football and goals looked to be on the agenda for a rejuvenated José Mourinho side now looking to stamp his authority on this Spurs squad.

Sure, goals at the other end were a problem, but a problem that could be fixed over time.

An initial wobble around the festive period had led to some chinks in the Mourinho armour, but progression in the FA Cup, a win over champions Manchester City, a busy transfer window and a run of seven games without defeat had suggested that Spurs could yet just salvage Champions League football in what has been a largely forgettable season for the Lilywhites.

Injuries to Kane and Son really have highlighted the frailties to this squad and brought back the narratives that have followed Mourinho since his sackings at both Chelsea and Manchester United in his last two jobs.

The football without Kane and Son really has been poor. Spurs’ over-reliance on both their star forwards have really been placed under the magnifying glass in their absences.

Any side that loses their two best attacking players are undoubtedly going to lose attacking rhythm and fluidity.

However, the lack of attacking patterns and presence in the final third, that this Spurs side have demonstrated for a side coached by a manager of José Mourinho’s ilk, is very disappointing.

Spurs find themselves in a tricky situation. There is no denying that have been far from convincing this season and the last few months of football before the coronavirus pandemic really revealed the scars within the side and the sudden loss of confidence in the last 12 months.

However, at times, Tottenham have demonstrated some of the excellent talent that the squad still has to offer and addressing the glaring holes in the squad could lead to a more well-rounded, impressive Spurs side.

In terms of Mourinho, the jury is out. It may depend on perception. There has been good, there has been bad – but is the glass half-full or half-empty?

I personally would afford Mourinho another season. There have been positives to Spurs under Mourinho; Japhet Tanganga and Giovani Lo Celso are undoubtedly the greatest examples of some of the good Mourinho has done.

However, the dip in form and the style of play have become glaring negatives for Spurs, and of course the Tanguy Ndombele dilemma which in its self is another story.

In terms of Mauricio Pochettino, do I want him back at Spurs? Yes.

Pochettino’s reign at Spurs was incredible, he rose Spurs to heights that I never thought I would see.

The rollercoaster ride, however, had become too much. In the closing months of his tenure it was becoming increasingly obvious that something was missing. The burning desire had cooled and it seemed to have a drip down effect on the squad.

I think that he is a brilliant manager and he will go on to win trophies and have an excellent managerial career.

The timing is not right. Spurs and Pochettino need to go their separate ways and try to rectify the mistakes they made together. Perhaps in the future where both have progressed to the so-called ‘next level’.

The notion of not winning a trophy should not be a stick to beat Pochettino’s Tottenham with.

His time at the club was a success and he was a successful manager, unfortunately, due to the nature of modern football and the increasing need for instant gratification in modern society – the perception of success is either black or white.

Spurs play an important role in our hearts, and opinions will be divided. Football creates talking points and we as football fans will chat until the cows come home surrounding these points and we’ll never come to a conclusion.

This is the beauty of football.

Times like these show that football is the most important of the least important things in life.

But how we as fans ache for the return of our heartbreaking, subjective, footballing fix.

Come on you Spurs.