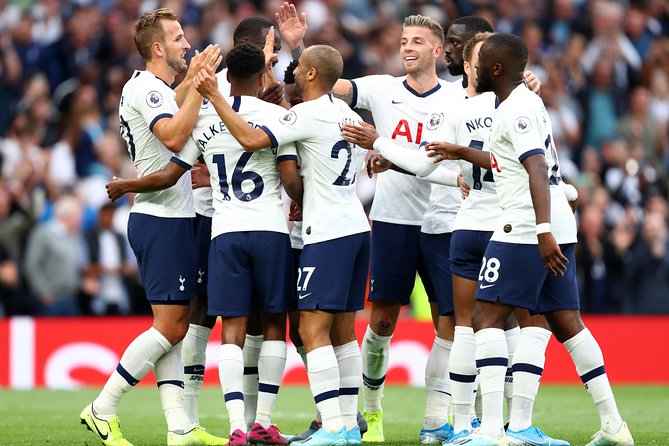 We’re the mighty Tottenham from the Lane, we’re Spurs, we’re the Lillywhites and we’re in transition…again.

This season has seen quite the bump down in the world pecking order for Tottenham. Whilst the the clubs ‘off the pitch’ matters (finance) have grown impressively, the clubs on the pitch performance has collapsed like Harry Kane’s ankle under a tough tackle on a cold December afternoon.

Spurs fans could be forgiven for having genuine hope for the season way back at the start of it; Pochettino, Ndombele and Lo Celso – for once, all the parts seemed to be in place. But in true Spurs fashion, any glimpse of hope and genuine excitement gets ended by the harshness of reality in a way not many other football fans can quite understand.

The last five years for Tottenham haven’t been too bad. The club under the leadership of the great-Pochettino almost managed to completely rebrand. Almost.

Gone were the days of ‘soft underbelly-Tottenham’. The team that would always ‘crack under pressure’ genuinely seemed to be a thing of the past. We weren’t the best team in the world but we were certainly better than we’d been for a very long time.

The problem with being better than we had been for a long time meant that we still had quite a way to go before we reached the top. We found ourselves in (at the same time) enviable but also in an unenviable position of being the bottom of the top clubs; a biggish fish in a really, really big pond.

Not only we were becoming a Champions League regular, we were now knockout stage regulars too. Not bad for a team that used to get nosebleeds anytime they approached the top four. But as performances improved so did expectations. Despite what some older Spurs fans may feel wanting more for your club isn’t anything new – “It is better to fail aiming high than to succeed aiming low” the great Bill Nicholson said.

That’s the difference between Spurs and many other clubs who have struggled to come by tangible success {silverware}. We look at who is ahead of us and how we can close the gap on them whereas many other clubs tend to compare themselves to those around or just behind them.

Tottenham may not have won much in the recent decades but we do happen to be the only team to have a player win PFA Player of the year whilst finishing in the bottom half of the table. David Ginola and the Tottenham squad of ninety-nine will proudly hold that record for a long time to come. This record, although seemingly just classic Spurs, shows the difference between us and most other clubs outside of the ‘elite’ of world football.

Pochettino’s Tottenham are gone. We’re now in the early stages of Mourinho’s Tottenham. The project era is gone, the old White Hart Lane is gone, we’re now sponsored by Nike and have one of the elite stadiums in world football. We aren’t the Tottenham of old, surely? We’ve come far too far, surely?

The reports of a one-hundred-and-seventy-five-million pound bank loan to cover business losses due to Corona virus do show that as healthy as things can look for Spurs, off the pitch we are still in a fragile situation (even if finance has grown impressively). A few seasons of no Champions League football and things could become very uncomfortable for everyone involved at the club.

This again links back with our position of being on the lower tier of elite clubs. We don’t have the history or the spending power of Europe’s elite clubs but we still manage to just about get in on the conversation by the skin of our teeth.

Tottenham have punched above our weight for the last few seasons and the next year of football is really going to give us a good insight of this is where we are to stay or just a taste of what things could have been like.

We aren’t one of Europe’s super-rich clubs, we aren’t serial title winners, we aren’t even guaranteed top four at the beginning of every season, we are consistently talked-down, ignored, criticised and marginalised, but all of that doesn’t matter, because we are the mighty Tottenham Hotspur and we will go marching on.