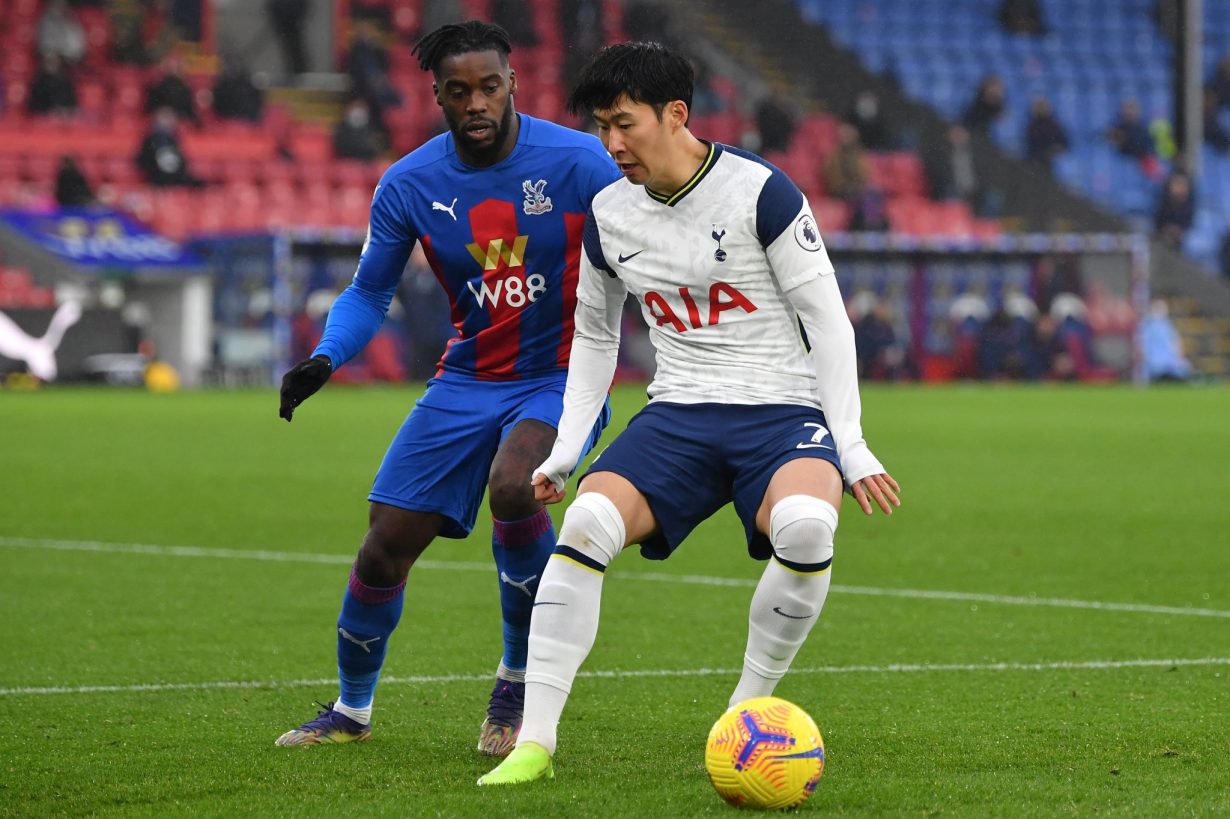 Spurs cannot afford to dwell on their disappointment. Mourinho's team now travel to Anfield for the stiffest examination yet of their title credentials.

Jeffrey Schlupp’s 80th-minute equaliser and a string of magnificent saves by Vicente Guaita in a 1-1 draw at Selhurst Park, saw Tottenham fail to extend their lead at the top of the Premier League.

The Dutchman’s goal was the first Jose Mourinho’s side have conceded in five league games and finally punctured what had seemed a limitless capacity for absorbing pressure whilst devastating opponents on the counter-attack.

In the opening 45 minutes, Palace were happy to cede the attacking initiative and the lion’s share of possession to Tottenham, blocking up the middle of the pitch and encouraging the away side to probe the flanks. It was a different challenge to that posed by the division’s perennial contenders who Spurs have faced in recent weeks. With Sissoko and Hojbjerg offering security, fullbacks Aurier and Reguilon were able to play much of the first-half as virtual wingers.

Inside the opening twenty minutes, Aurier’s low centre picked out Tanguy Ndombele 12 yards from goal. The young Frenchman’s sweeping shot looked destined for the net before Vicente Guaita made the first of his decisive interventions in the match, smartly parrying the ball to safety. Moments later Aurier again escaped down the right, sending over a cross which was headed clear to the edge of the box.

Reguilon seized on the loose ball, cutting on to his weaker foot before smashing a shot towards the top corner. A slight deflection carried the ball over the bar for a Tottenham corner. From Son’s delivery, Kane rose high above Schlupp to power a header goalwards. Guaita was again equal to it, reacting sharply to keep Spurs at bay.

With the keeper in such form, the sense of shock among those 2,000 Palace fans gathered behind his goal was palpable when Kane’s next effort opened the scoring. Reguilon burst down the left before playing inside to Ndombele. The midfielder, in turn, found Son with a crisp first-time pass. The South Korean immediately popped the ball off to Kane, 25 yards from goal. Recklessly the Palace defence permitted the England captain sufficient time to line up a shot.

The way Kane cut across the ball caused a sudden deviation in its trajectory. Guaita had anticipated the strike falling to his right and was late in adjusting to dive left. Despite getting a hand to it, the ball eluded the Palace keeper, and Kane had his ninth Premier League goal of the season.

Goalkeeping coaches always emphasise the importance of the next save following a mistake. Guaita didn’t have to wait long to make his. Kane, again finding space on the edge of the Palace box, was able to slip a ball into Bergwijn’s path. In his eagerness to make amends, it would have been easy for the keeper to upend the forward. Instead, Guaita timed his plunge perfectly and tipped the ball away. He was instantly back on his feet to block Ndombele’s follow up.

Buoyed by this close escape, Palace enjoyed their first sustained spell of pressure as the first-half drew to a close. Eberechi Eze was the home side’s principal attacking threat. The youngster earnt his side a series of free-kicks with his intelligent movement and quick feet, as well as linking brightly with Benteke and Zaha. In the 43rd minute, Eze was desperately unlucky to see his curling shot from just inside the area cannon off the post with Hugo Lloris soundly beaten.

With such a record of defensive solidity, it was perhaps natural for Spurs to be less expansive after the interval. Jose Mourinho’s increasingly anxious presence on the sideline, however, demonstrated that unlike in recent successes, his side didn’t have this match under control. Just after the hour mark, Hojbjerg brought down Zaha in shooting range. Rather than striking at goal, Milivojevic shaped the ball towards Benteke. In the scramble that followed the ball squirted out to Jeffrey Schlupp. Off-balance and falling backwards, the winger blazed the ball over the bar from inside the six-yard box.

Christian Benteke then wasted two highly presentable headed chances, both from Eze corners. The first saw the Belgian outmanoeuvre Sissoko and Dier before planting a free header on to the roof of the net. The second, under pressure from Aurier, was tamely directed straight at Lloris.

Moments later Aurier granted Eze another chance to deliver a dead ball into the Tottenham box, conceding a foul in a dangerous position. The Palace man whipped the free-kick so that it pitched just in front of Lloris. Unsighted by the mass of bodies in front of him, the keeper could not react quickly enough to gather the ball and allowed it to bounce off his chest, Schlupp was on hand to force the rebound home. It was no more than Palace deserved.

Mourinho reacted immediately bringing on the lesser-seen Dele Alli and Ben Davies for Reguilon and Bergwijn. Alli, making his first Premier League appearance since early October’s 6-1 mauling of Manchester United, was straight into the action. Only his adroit last-man tackle prevented Palace taking the lead as they swept down the field after Spurs had overcommitted at a corner.

Then Davies almost restored Tottenham’s lead with a mis-hit cross that a sprawling Guaita managed to divert onto the crossbar. As the ball spilt out to the right of the area, Serge Aurier thundered it back across goal. Kane made good contact and must have thought he’d scored, but somehow from point-blank range, Guaita denied him.

The Spaniard’s best stop, however, was saved for last. In injury-time, Alli tempted the foolhardy Kouyate into a challenge, presenting Eric Dier a chance to win the game. The defender’s free-kick over the wall looked destined for the top corner until, yet again, the Palace keeper – at full stretch – superbly intervened.

Spurs cannot afford to dwell on their disappointment. Mourinho’s team now travel to Anfield for the stiffest examination yet of their title credentials. If they come through that one with a positive result, the two points dropped here will be quickly forgotten.