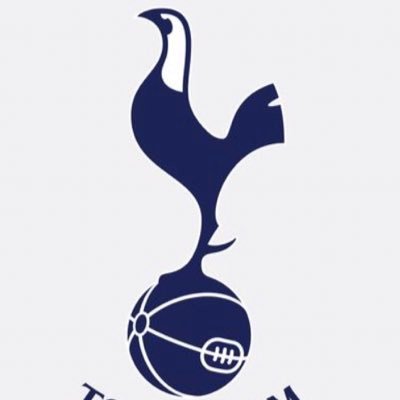 I find myself torn between supporting the team I always have loved but utterly detesting the actions of the club.

I am sure that you receive many emails every day and probably have received so many in the last couple of days that this will never be read, however I couldn’t allow the events of the last 48 hours to pass without contacting you, such is the level of emotion that has been stirred. The ‘anxiety and upset’ you refer to in your statement of Tuesday evening do not come close to capturing the mood amongst supporters.

I have been a Tottenham fan for just over 30 years, the club is a huge part of my identity and, until Sunday evening (if we set aside the Stratford experience), I have been proud to be Tottenham. The strides we have made as a club over my supporting lifetime have been quite incredible. It wasn’t that long ago that the thought of playing in the UEFA Cup, as it was then, was a pipe dream but now it’s the bare minimum we expect. You and your board deserve huge credit for that. Part of the thrill of the journey under your tenure has been that we have always been a challenger club and we remain the only club to have successfully joined the ‘big 6’ without the wealth of an entire nation or an oil baron behind us. We did it through sensible, sustained growth and having a clear strategy to invest in infrastructure and good young players. You also appointed one of the best up and coming managers in the game who gave us the best 4 or 5 years most of my generation have had supporting Spurs, culminating in those wonderful nights in Manchester, Amsterdam and Madrid (despite the result).

The above makes it all the more galling that on Sunday evening you announced that we and another 11 ‘elite’ clubs would be forming the new European Super League. A closed shop for footballs powerhouses, effectively shutting the door on any club outside that core group experiencing the journey that we have been on ever again.

We, as fans, have become accustomed to being treated as customers over recent years as every aspect of the game and our clubs have been monetised; rising ticket prices, limited ticket availability to suit corporates, ridiculous kick off times to suit TV etc but we have endured this, such is the passion of our support. The Super League crosses the line though. The beauty of football is the meritocracy it affords, it rewards success on the pitch and, however unlikely it may be, all fans dream of their club breaking through the glass ceiling, just as we at Tottenham have done in the last 10 years. Your Super League proposals take all this away, success is no longer rewarded and football is effectively settled in your boardroom. On reflection the Super League doesn’t just cross the line, it smashes through it and leaves a horrible stain on football which we will never forget.

Moreover, you have taken this decision during a global pandemic, a period where families and businesses are on their knees. A period where you attempted to furlough a number of staff, have stalled at every opportunity to refund season ticket and membership monies, have secured a huge loan from the Bank of England and most recently have opened season ticket renewals for next season whilst knowing with no certainty when we will be allowed back in the stadium. During all of this you have been secretly colluding to enter a league driven by nothing more than greed and self-preservation.

Finally, you have done this with zero consultation with the stakeholder group who arguably matter most in all of this; the fans. In your own words ENIC are merely ‘custodians of the club’ – boards, managers and players come and go, fans are the only true constant. With that in mind, I am left wondering what possessed you to risk the entire future of the club, bearing in mind the potential impact on our future participation in domestic and European competition, on this vanity project aimed at the global market and to attract new fans from all corners of the world. I can only assume that the traditional fan is taken for granted by you and you assume we will continue to pile our money into the club regardless of your actions.

The sad reality is that, to a point, you are correct. I cannot see a situation where I am not a Tottenham fan but I am sat here today trying to differentiate between the team and the club. I find myself torn between supporting the team I always have loved but utterly detesting the actions of the club.

I could sit here and say I will not spend another penny on Tottenham Hotspur but 1) that would be punishing myself and 2) I don’t think it would make any difference – my pound will just be replaced with the next customers pound, right? It is a dangerous game you are playing.

Your appalling statement yesterday evening, announcing that you had commenced withdrawal proceedings, did nothing to help. You say that you ‘regret the anxiety caused…’ but stop well short of offering an apology to the fans who’s reaction is the sole reason you have now backed away from the Super League nor offering any context to your actions. To be honest, it’s probably gone beyond an apology. The damage is done and I and many other fans cannot see how you can paddle back from this. I do think however you owe us an explanation as to why you took the decision to join the Super League and why the fans were not consulted. I call on you to urgently provide this and attempt to restore at least some faith that our club is in safe hands.

To close I would like to take you back to the last game at the old White Hart Lane, a truly great day where my lasting memory is one of connection with the club – we’re so removed from that now, the events of Sunday afternoon/evening having tarnished the name of our great club, probably forever.

I urge you to immediately face the clubs supporters and attempt to provide some context to the events of this week.

Thank you for taking the time to read this.