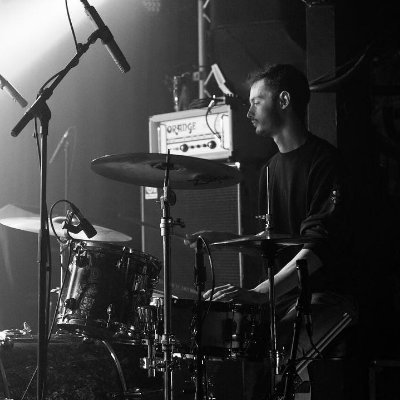 Probably my favourite smell in the entire world is the mix of cheap beer, cigarette smoke and frying onions which welcomes you once you arrive at the stadium: the quintessential aroma of football…

I was listening to a podcast recently where, towards the end of the episode, the two hosts reminisced about their normal, pre-Coronavirus matchday rituals. It made me think back to the last time I went to go and see Spurs, and what I miss most about football.

I’ve found myself feeling pretty flat about Spurs, and football in general, for a while. There are a few different factors that are combining to make me feel this way: Tottenham’s Thursday / Sunday schedule often clashes with my current work rota, the lack of crowds and subsequent training ground feel to some games, and Mourinho’s uninspiring brand of football have all contributed to my growing apathy in our games.

To be honest, I was having similar feelings pre-pandemic. I haven’t been inside the new stadium, so I can’t say if it feels similar or not, I just know that the last time I really enjoyed going to a Spurs game was at White Hart Lane. I went to a couple of games during our time at Wembley and even saw some good games, but it just wasn’t the same.

It occurred to me that the last time I was actually in Tottenham for a match was four years ago. I was in Tottenham to watch the Champions League final, and that felt similar to a regular matchday, but it’s been four years since I’ve had the full experience of going to White Hart Lane.

And that’s what I miss most; all the little extras entwined with football that transform 90 minutes of a Saturday afternoon into an experience that leaves you with memories that could last years, and even for some special games, a lifetime.

So, let me indulge you, if you will, in what my perfect pre-match ritual looks like. As I don’t live in London, my matchday starts with getting a train. Depending on the time of kick-off, I’ll grab a coffee or a few beers when I’m at the station. I’ll also get a newspaper: I enjoy looking at the predicted line-ups for the weekend’s games and reading up on the big stories from that week. It reminds me of when I was a kid travelling to games with my Dad, who would read the news pages whilst I’d lose myself in the sports section.

On the train, I like to people-watch, seeing which other passengers are on their way to football matches, trying to guess the fixtures by what station fans get off at. I find it oddly satisfying knowing that thousands of other fans will be travelling around the country at the same time as me, as if we’re all privy to the same secret that the other passengers aren’t wise to.

The closer the train gets to London the more Spurs fans I see: from the kids with their parents going to their first match, all kitted out in the latest club merch; to the group of four mates, who have been going to games for the last 40-odd years, and who will have been at the matches I’ve only seen grainy clips of on YouTube.

The train pulls into Paddington and everybody piles off, stampeding towards the ticket barriers as if they’re competing for an Olympic medal. As I follow the stream of people heading to the tube, the excitement of matchday starts to build.

My favourite weather for watching football is a clear, but bitingly cold winters day; the kind of cold that you can almost taste. Emerging back into daylight at Seven Sisters, the winter air is a welcome relief from the claustrophobic underground.

I usually meet my Dad outside Severn Sisters station. Spurs is a big part of the foundation that our relationship is built upon, and the three or four hours we have together before kick-off is my favourite part of the day. As we walk up the High Road, we catch up on life, and debate about which players and formation we would play if either of us were the manager.

Every time I go back to Tottenham, I forget how long the walk up the High Road is, there’s always just one more corner before you’d see White Hart Lane. But when it finally did peep out from behind the shops and houses, I’d feel a little rush of anticipation – I was back, once again, in the promised land. Home away from home.

Probably my favourite smell in the entire world is the mix of cheap beer, cigarette smoke and frying onions which welcomes you once you arrive at the stadium: the quintessential aroma of football, in my opinion. Once outside White Hart Lane, we’d pause to take in our now familiar surroundings and then buy a matchday programme. Since the introduction of membership cards to replace tickets, I like to keep the programmes as a souvenir, a memento that represents my being at the match – somewhere I have box taking up attic space, full to the brim of match programmes of the games that I and my Dad have been to.

We then take a walk around the ground. We’ve been doing this since the first time we went to White Hart Lane: that first time I couldn’t believe that it was real, that my eyes were witnessing what I had only seen on TV or in photographs. Every time we’ve been since we’ve walked around the stadium as if to reassure ourselves that it was still there and wasn’t just a figment of our imagination. What we did the first time we went quickly became habit and now is a permanent fixture in our matchday routine.

Once we’ve made our pilgrimage around the ground, we usually head to the No.8 pub (I still think The Bell & Hare is a better name) and find a spot outside in the beer garden, watching the steady increase of fans gathering around us. It’s not too long before the songs and chants start, getting louder the closer it gets to kick-off.

About 45 minutes, or so, before the game’s due to start, we would head into the ground. Through the rickety turnstiles, into the Baltic concourse, then climbing the few steps that lead onto the terrace itself. No matter how many times I’d go, that sight always transports me back to when I was ten, on my first visit to White Hart Lane: the immaculately cut pitch, ever so slightly convex in shape; the two tiers of bright blue seats rising from all edges of the pitch; the gold cockerel perched high above it all, overseeing everything below. A “proper football ground”, in punditry terms.

Football stadiums always feel smaller when they’re empty as if they’re lacking context as to why they’ve been built, and it’s only the physical presence of the fans that provides that context, enlarging them into the modern coliseums that they are. I liked getting in early when the stadium was still fairly empty and it felt as though I had it all to myself, where I could watch everyone go about their own routines; fans, staff and players alike, all performing their individual roles within the matchday theatre.

What happens during the game will be important for our league position and our season’s chances. It will have an effect on my mood for the rest of weekend, and I will get completely caught up in what’s happening on the pitch. But what I miss most isn’t the actual match. It’s the hours spent travelling to and from the game, drinking over-priced Guinness and chatting to my Dad, shivering in the stands because I’ve forgotten to wear enough layers – all the little extras of football that you just don’t get when you’re watching the game on your laptop, the stream cutting out every five minutes.