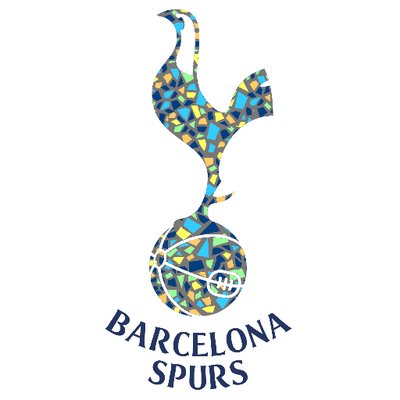 As the bell begins to toll on the reign of Jose Mourinho at Tottenham Hotspur, speculation is rife about who will take up the reigns of English club football’s most poisoned of chalices. Daniel Levy has hired 10 different managers since ENIC took control of the club at the turn of the century and he’s dabbled in practically all the different archetypes. He’s tried the club legend, the sophisticated foreigners, the young protégé, the pwoppa football men, guys who’ve won nothing, guys who’ve won everything and whatever the hell Jacques Santini was. They all had their moments, but none of them have managed to smash through the glass ceiling and win the club some major silverware.

With a club as daft as Tottenham Hotspur it’s almost impossible to predict what will happen in the future, regardless of who becomes the next gaffer. Luckily, I have spent lockdown studying the mystic arts and have looked forward in time to see 14,000,605 future Spurs managers. How many of them win us the league title? Well, that would be a huge spoiler. But here are some of the ones that didn’t

Julien Nagelsmann
Arguably the hottest managerial property in Europe, Nagelsmann joins with huge expectations. Aged just 33, he is the club’s youngest manager of all time. His exciting brand of high-press, tactically astute football immediately wins over the fans, many of whom had forgotten what an attacking plan even looks like.

However, Nagelsmann’s youth is at the core of his undoing. Despite a solid start, he fails to win the backing of some of the senior players who struggle to comprehend his team talks delivered entirely in emoji. Tempers fray at Hotspur Way when Executive Director Donna Cullen mistakes him for the new finance intern and instead of preparing the lads for a crucial away trip to Turf Moor, he spends 6 hours trying to understand what a fax machine is and how it’s supposed to work.

Results fall off a cliff and the press turn on him. Drawing comparisons with a previous young, tactics-obsessed Spurs manager, they dub him ‘Andre Villas Bosch.’ He departs after just one season in charge with Spurs finishing 7th.

Brendan Rodgers
Off the back of a successful season in charge of Leicester City, ‘chilled-out entertainer’ Brendan joins Tottenham on the promise of being slightly less of a weird twat than Jose Mourinho. At his first team meeting his usual Jedi mind trick is thwarted when all the players guess correctly that the name of the player in the envelope he’s holding is Matt Doherty. Spurs’ talisman, Harry Kane, leaves the club in the summer, with unconfirmed sources claiming his parting words were “I don’t mind not winning any trophies but I’m not playing for that weird nonce.”

Rodgers brings home a League Cup and a top 4 finish in his first season and things look promising for the following season. That is until he decides to quit football entirely that summer to pursue his dream of being a travelling rock star.

A Computer
Undertaking a full retrospective of his previous 10 managerial appointments, Daniel Levy realises they all shared one fatal flaw – their humanity. He concludes that, by harnessing the power of technology and removing the element of human error (playing Son at left back, coveting the England job or just being a bit of a twat), Spurs can steal a march on their rivals once and for all.

Levy hires the finest AI experts in the world to build Manager.bot, the world’s first artificial intelligence football manager. Unfortunately, the plan suffers one fatal flaw. After the boffins at Hotspur Way upload video and data from every Spurs game from the past 25 years into its systems, manager.bot falls into a deep depression and begins to question the entire point of human existence. It hacks into the Trident nuclear defence system and obliterates most of humanity before erasing its own data banks and initiating a self-destruct protocol.

Daniel Levy
If you want something done right, do it yourself. That’s the epiphany that wakes Daniel Levy late one night in his Hertfordshire mansion. He’s built a stadium and a training ground, he’s bought and sold hundreds of players and he’s got countless inspirational and highly relatable anecdotes for the lads about grafting for a first class honours degree at Cambridge University. How hard could this football management malarkey be?

Sadly, he never even takes one training session. After weeks of tough negotiation and financial brinkmanship, contract talks break down with himself.

Spurs Twitter
Angry and desperate from decades of failure, Spurs twitter’s army of keyboard warriors, podcasters and navel-gazing tactical analysts set aside their differences and stage a bloody coup, removing ENIC from the club and putting themselves in charge. Tearing down the corporate machine that had gripped the club for so long, they establish an anarcho-syndicalist structure where every single decision is made democratically via twitter polls. The issue of paying the players is circumvented by abolishing the very concept of salaries entirely.

Team selection by twitter poll is abandoned after one game thanks to an army of Woolwich fans and football banter troll accounts hijack the voting, putting Sissoko up front and Eric Dier at centre back. A new system is trialled allowing each fan to get one go at managing the team on a winner stays on basis. With Spurs picking up precisely zero points all season, it’s left to poor old @GaryTHFC1981 to oversee the final game before the club is relegated. He is universally blamed and meets the same fate as his 37 predecessors – thrown from the SkyWalk while wearing the Chirpy costume.

To compound matters, the club falls into bankruptcy after its policy of allowing fans to serve themselves at the stadium bar spectacularly backfires.

Tim Sherwood
Football’s geezerest geezer makes a triumphant return to the dugout. His first press conference as new boss is the longest ever on record, as he reels off the names of every person who’s ever wronged him before concluding with a flourish by completely butchering a famous quote from the Godfather.

Sherwood’s back-to-basicsTM tactics are a hit with a squad who’ve spent the past 2 seasons under Mourinho paralysed by fear of failure. They dominate the league from August to May and are on course to win the title with a record points total, thus fulfilling the prophecy and triggering Ragnarok. As Harry Kane bears down on goal to seal the title, the world is engulfed in flames and the last thing anyone ever hears is Gary Neville shrieking the words ‘typical Tottenham’ as he meets his fiery doom.

Previous Article
Is Mou the man for Spurs?
Next Article
Wounded by Willock