A moment in time: Glory over profit 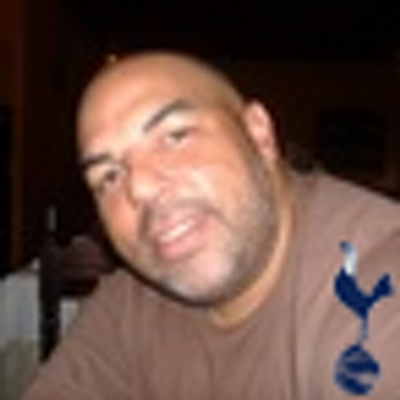 As you can tell, I’m really not that fussed about the economics. Football is not about profit or property portfolios. It’s about glory.

Boxing Day 1980 was the first time I was taken to WHL as a 7 year old kid with no real feelings for either Spurs or football. I’ve never forgotten the experience, what with Spurs being 4-0 up but ending up drawing 4-4. It was the game that got my attention and the day football sucked me in.

However, it was not love at first sight. It was quite confusing for a kid to see the team he’s meant to be supporting, score four goals and not win the match. But it became a love which grew over the next decade with our most successful period since the 60’s and certainly since. It wasn’t until 1988-89 (not a great season) when I first started going with my cousin, and then later my younger brother, of our own volition, travelling up from Camden and standing in the Paxton and then the Shelf. That 4-4 game did its best to ready me for life as a committed Tottenham fan.

It’s also the period of time when I fell in love and idolised a certain Paul Gascoigne. A love cemented for him and England (that’s another story), with the 1990 World Cup. What a player he was. An enigma. A bulldog with the wings of a butterfly.

Then came the 1991 FA cup run, watching as a 17,18 year old and attending every round bar Blackpool in the 3rd. If the 4-4 introduced me to Spurs and football, this cup run MADE me Tottenham. It cemented my love for Spurs and injected them into my DNA forever. Win, lose or draw…but mostly the ecstasy of the win. The glory. The joy when I found out I had a ticket for the final on the evening before the game…these are the moments we treasure the most.

If you told me then what the next 30 years were going to bring I probably would have wanted to cash out and put the money I’ve spent on Spurs towards that Aston Martin I’ve always wanted. Because it’s been a pretty abusive relationship ever since those days in the 80s and 90s. But hey, that’s what being a supporter is. Not the abusive part obviously. Well, it probably is actually. But mostly the part where you’re supporting your team through thick and thin and becoming part of who you are. Not a lot you can do about it once it’s in there I’m afraid.

Together, with my fellow long suffering mate Math, I’ve been a season ticket holder and followed Spurs all over the country. I’ve walked out of a fair few too many finals and semi-finals than I care to remember; defeated with devastated emotions shared between fans and the team.

We’ve experienced so many false dawns that I’ve found that where Spurs are concerned, it’s better to stay in bed till 12 and skip the mornings all together. The stick I’ve had from my rival mates over the years (shakes head) has been grating, annoying. Moving into a flat share with one of your Chelsea supporting mates the morning before the 6-1 defeat to them (at the Lane) knowing what you were heading back too is not an experience I recommend. Gross to the extreme.

Football is a game of opinions and in mine Mauricio Pochettino was the greatest thing to happen to my club in the last 30 years. I’m not exaggerating. I’m speaking from the heart. Yes we didn’t win anything, the greatest tragedy in our history btw. League Cup final disappointment was a low. Yet I’ve never felt so connected to my club. I had an overwhelming pride of our team under his stewardship. It’s the moments, right? The togetherness.

I was fortunate enough to get a ticket for the ECL final and drove to Spain to watch it and totally understood I was watching a team that had been in severe decline for months. Of course this doesn’t kill the hope you embrace in the build up. What a time this was.

I also accept that by the time he was sacked, he was a disenchanted and a broken man. Like the rest of us. He had to leave for the greater good of the club, the team and for himself. But again, and this is just my opinion so hate if you will, there was only one man to blame for this and it wasn’t Poch. The Argentine made it very clear long before the final in Madrid what was required to push on again and he was simply ignored. Magic it seems can only get you so far.

Daniel Levy is clearly an astute businessman and if he was the CEO of my business I’m sure I would have a fleet of Aston Martins stacked outside my mansion in Chigwell. Yes, we have a fantastic stadium and facilities and I believe we our one of the top 10 clubs in the world in value or something of that ilk. All very good when staring at a spreadsheet. As you can tell, I’m really not that fussed about the economics. Football is not about profit or property portfolios. It’s about glory.

Football is about that 7 year old kid cementing a relationship with a club over a lifetime because of players like Hoddle, Gascoigne and Kane. There’s no greater feeling than seeing Gary Mabbutt lifting that cup having smashed your rivals in the semis and thinking this is the greatest moment of my life or watching Lucas smash in that injury time goal that where you were so euphoric you could not breathe but did not care if you dropped dead at that moment because football? Completed it mate.

It’s about being so passionate about your club you write a piece for the first time in your life in the hope it will make just the tiniest % difference to our owners to add to the other hundreds of thousands of supporters voices demanding change because, like me, their eyes have also seen the glory and we want it back.

Today, like so many others, I’ve never felt so disconnected from my club with a love now bordering on hate.

Mistakes happen, and my God you’ve made a lot, but please Mr Levy this is the most important summer for Spurs in living memory in which we simply cannot afford more mistakes. Make the focus glory not profit and imprint on the next generation of seven years olds, otherwise your shiny new stadium will become an empty decaying legacy to your failure for generations to come. If you can’t, then pass the baton on because…

“It is better to fail aiming high than to succeed aiming low. And we of Spurs have set our sights very high, so high in fact that even failure will have in it an echo of glory.”