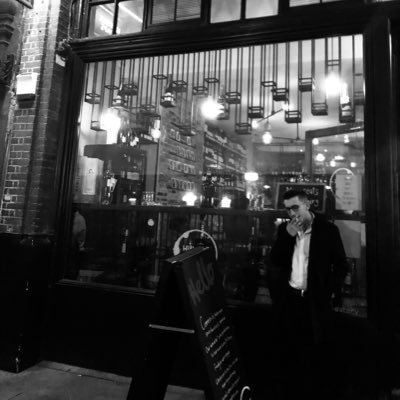 As Daniel Levy nicks another artery while operating on Tottenham Hotspur Football Club and we lie bleeding out on the table, you have to wonder whether this time it will be different.

We’re often told that it’s fine to make mistakes, so long as we learn from them.

The airline industry is a great, often cited example of how, on a much larger scale, it’s possible to quickly learn from past failures. Mistakes are honestly acknowledged, and new sweeping measures are speedily enacted. It’s a grim truism that every plane crash makes the next flight safer.

Other sectors are less adept at admitting their faults. Within hospitals, for example, the individual culpability of a doctor or nurse means that mistakes can sometimes be hidden, and effective change takes longer to occur.

As Daniel Levy nicks another artery while operating on Tottenham Hotspur Football Club and we lie bleeding out on the table, you have to wonder whether this time it will be different. You have to hope that he will have at least learnt from the last three years, if not the last two decades. We can no longer keep sticking a plaster over a gaping, haemorrhaging wound that needs serious medical attention.

Let’s be honest, even Nuno was surprised he was handed the reins after Wolves had let him go in the summer. It was a fantastic opportunity for the Portuguese coach, but from the start it looked like he had the weight of the world on his shoulders. He never really seemed to enjoy the challenge. Perhaps it was the antique beard, but he seemed to approach the job with a stoic endurance that would have made a Roman philosopher proud. There was a real lack of warmth and enthusiasm.

The final straw, the defeat to United, barely needs analysing. There’s nothing I can add that hasn’t already been said. It was an inept, blundering, amateurish performance that was entirely predictable. We’re a poorly coached, out of form team with no confidence and no desire. Other than that, everything’s great.

That we’ve ended up in this situation is barely comprehensible. To fall from grace so quickly; so sharply, is alarming in the extreme. Unfortunately, all the footballing decisions that have been taken since 2017 have been deplorable.

Levy and the other major stakeholders at the club were duped into believing they knew how to build a successful football team, but in reality they were bailed out by the frankly miraculous powers of Mauricio Pochettino. I think after the success of the Poch years, Levy believed his own hype. He might have even thought he understood the modern game.

The hire of Paratici was perhaps an acknowledgment that more cultured footballing decisions needed to be made, however his preferred style of play was completely at odds with the entertaining, attacking side Levy promised in the summer. Surely these conversations were had before Don Fabio was hired?

We had a fantastic opportunity this summer to reset and make sure we had a clear strategy that would resonate throughout the club. We could have agreed on a process; a style of play; the right profile of player and above all, the correct manager. Instead, Fabio threw anything and everything into his cooking pot in the hope it would somehow result in a Michelin star taster menu. What we got was the tepid remnants of an anaemic carvery.

Our chairman is by all accounts an intelligent man, so why the lack of joined-up thinking? The Premier League is more competitive than ever, so we need a clear vision for how we are going to get back into the top six, let alone the top four. It’s unfathomable that we’ve allowed things to unravel quite the way they have.

Nuno being shown the door sooner rather than later is at least a decisive, positive move, but we need to admit our mistakes. The Chairman and the Director of Football need to front up to the problems at the club and put together a long-term plan. It’s no good just waiting for Poch to be sacked by PSG. I know this is all easier said than done, but the issues at the club are so glaringly obvious and deep-rooted that it’s impossible not to feel exasperated with our incompetence.

Is Conte the answer? Quite possibly. He’s not only a brilliant coach but one of the greatest exponents of a hair transplant you’ve ever seen. A real classic of the middle-aged genre. He’s definitely someone to get excited about, and his brand of combative, no-nonsense, don’t-give-a-f**k management might be exactly what we need. His standing in the game will mean the players should, at least in theory, feel compelled to listen and apply themselves.

It would be a reactive but nonetheless impressive appointment. It might well demonstrate a renewed understanding that you can’t for a second take your foot off the pedal if you are to really remain at the top table. If we go down this route, however, we need to go all in. We need to get Conte the players he wants, and offload those that are surplus to requirements. No messing around.

The Italian’s employment might also highlight ENIC’s precarious position. They know they need to get this one right, because discontent is growing. The atmosphere on Saturday evening was venomous, and the calls for Levy to go might well have persuaded him he needed to pull the trigger. Nuno was an utter disaster, but if one positive is to come out of all of this, it’s the realisation that the fans clearly have an influential voice. I just think sometimes we need to shout a little louder to be heard.

I still maintain that we have a decent, if imbalanced, starting XI. I think eventually, it will probably all come together. But whether that’s by more luck than judgement remains to be seen.

In the meantime, we need an immediate antidote, because this slow stagnation of the club has gone on for too long. Whether that remedy comes in the shape of an Antonio Conte or a Graham Potter, who knows? The promise of a new era is always alluring for football supports, and I’ll allow myself to feel a little optimistic for the future. After all, all we’ve really got is hope.

Previous Article
UnsatisfiedNext Article
The impact of the Y Word